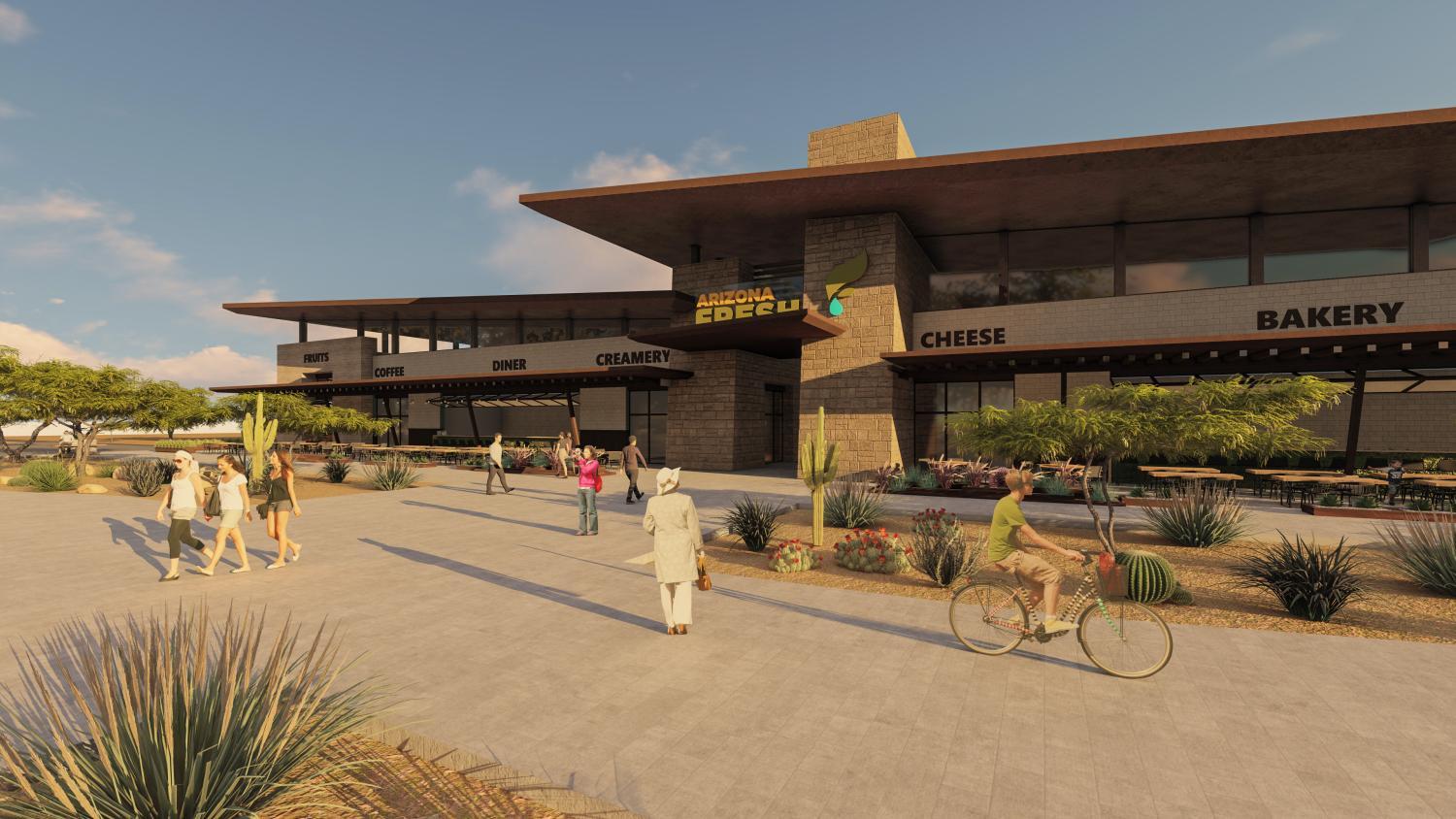 City of Phoenix
A rendering of the food innovation center at the site of a former landfill in south Phoenix.

Construction will soon get underway for a food innovation center at the site of a former landfill in south Phoenix.

Future development phases on the 140-acre site will include education programs, along with research resources like test fields and a living lab to study farm to market supply chain.

In 2020, the Phoenix City Council selected Arizona Fresh Holdings LLC to develop the mixed-use project after decades of discussion over the site's future between the Rio Salado and Elwood Street from roughly Seventh to 16th streets.

"This current City Council is very lucky to be here today. Generations of city councils in the city have been working to bring this site forward," said Mayor Kate Gallego. "It's a piece of land that has captured imagination for many mayors and councils and we have seen proposals of everything from an amusement part to a golf course, but I think we got it right with the future of food coming right through this particular site."

More information about Arizona Fresh: Agri-Food Innovation Center is at the phoenix.gov/econdev/delrio.