Where to find info on judges, local election candidates 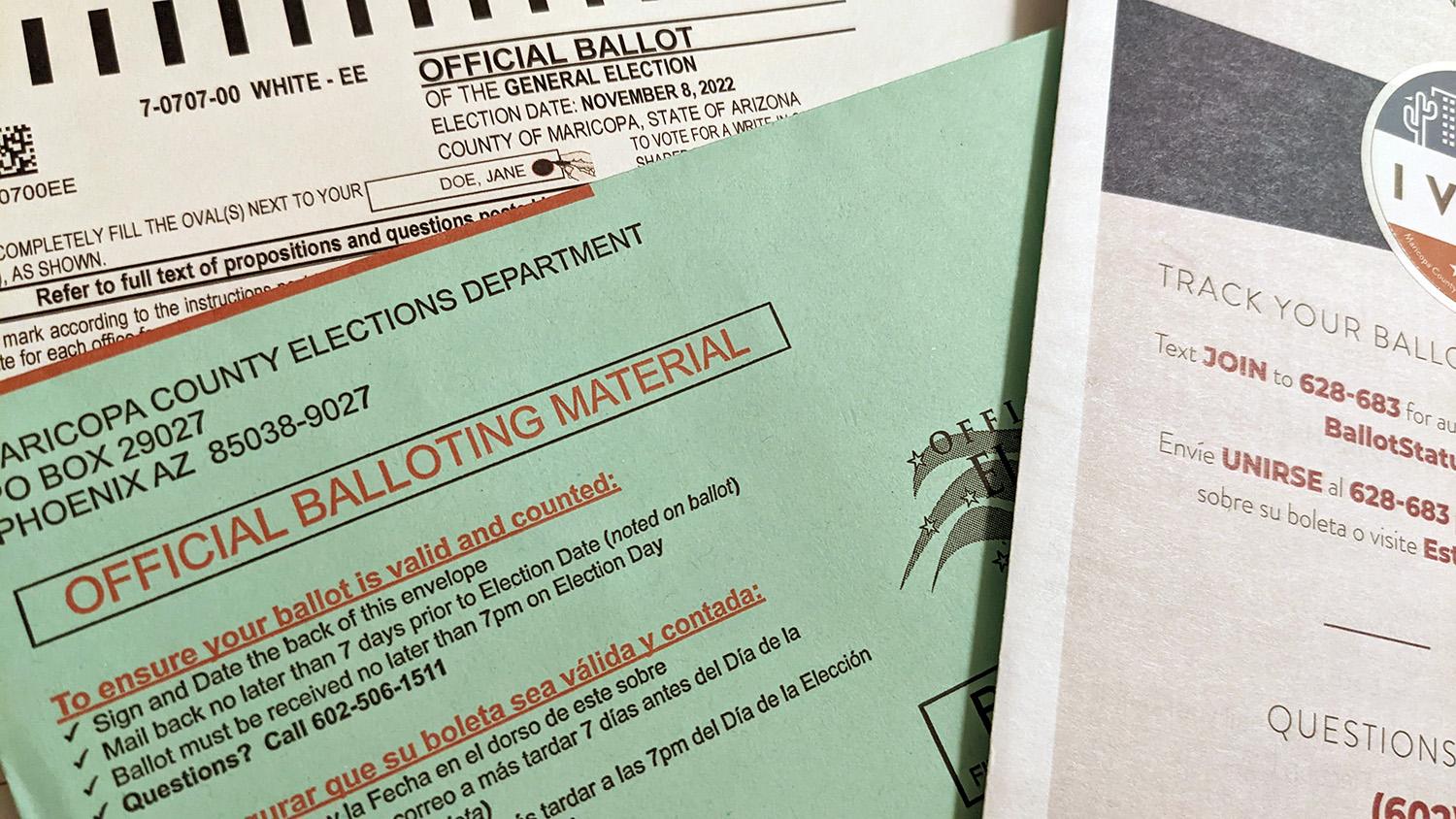 Sky Schaudt/KJZZ
An early ballot for the 2022 Arizona midterm election.

Election season is upon us. Many of you already have a mail-in ballot sitting on your kitchen counter, and while you might know your choice for governor or Senate, you might be a little more bewildered when you look down ballot. And we’re talking way down ballot.

From judges to school boards, we’re talking about the most local of local races.

To give us a primer, The Show spoke with Hank Stephenson, co-founder of the Substack newsletter, the Arizona Agenda.

Most voters are not journalists who are used to backgrounding candidates, finding out what they believe, who's funding them, etc. Where should they begin?

Yeah, I think we're pretty used to tracking down obscure politicians, but people oftentimes assume that because Rachel [Leingang] and I work in politics, that we actually know this stuff — and we do not. I mean, we start as blank slates like any other voter when we're looking at the bottom of our ballots.

So we thought it might be helpful to put together something that teaches voters how to fish rather than just handing them a fish. So we've got kind of a checklist of places you should look for down ballot races, information on your down ballot races, all these races you've never heard of, issues you know nothing about.

When you talk about backgrounding candidates, you say, first of all, you can Google them. You can also look at local news outlets. With regard to financial disclosure statements, can regular people look at those without their eyes glossing over?

Yeah, to some degree. There's a lot of information on there that probably doesn't make a lot of sense or that you don't necessarily need, but those are generally [the] first things I pull up on a candidate, because I want to know who these people are and what they do. A lot of times, if you pull up like a campaign website, it declares that the candidate loves America and has been working in the nonprofit sector for 20 years. Well, which nonprofit? What do they do exactly? Financial disclosure statements will tell you that very basic stuff about who these people are.

Can you explain the importance of the constable positions?

If you've ever been evicted, you know what a constable does, or if you've ever needed an order of protection, you probably know what a constable does. Basically, they serve legal paperwork — or they're supposed to, anyway. There's one constable in Maricopa County this year who resigned after it came to light that he hadn't served more than 80 restraining orders. And this job has taken on a heightened importance during the pandemic. Essentially, there's two schools of thought among the constables that they're more like social workers, or they're more like cops. And as, you know, evictions became front and center during the pandemic era, that's something that was talked about a whole lot more. And then more recently there was a constable in Pima County who was murdered while doing her job. But if you wanna look up the constables, the Arizona Constable Ethics, Standards and Training Board keeps complaints against constables, a little bit of information about them. So that's a good place to start. Check who's on your ballot, what your constable race looks like, and pull up the Constable Ethics Standards and Training Board. You can search through there for any complaints against constables — they're often dismissed, but at least they're there on the website.

What about justices of the peace?

So if you've ever been in trouble for something not that bad, you might have placed your case before [a] justice of the peace (JP). They do low level misdemeanors, civil cases. They're not required to be lawyers. They act as judges, but they're not required to be lawyers, and they're oftentimes just retired politicians kind of padding their pensions.

[A] place to look up their information: [The] Commission on Judicial Conduct has complaints against justices on its website worth pursuing before you cast a vote for your local justice.

Well, I generally just vote to throw all the bums out, but that may not be the preferred method.

The Supreme Court, the Court of Appeals and the Superior Courts and the bigger counties all have retention elections for judges on rotating basis. So you get to decide if you want to throw the bums out or if you want to keep them.

[The] best place to kind of check on [them]: The Commission on Judicial Performance Review. They do performance reports for judges, basically saying whether or not they meet judicial standards. They base that on surveys they do with people who appear in the court — litigants, jurors, attorneys. It's really rare for the commission to say that a judge does not meet its standards. But this year there was one — Stephen Hopkins on the Maricopa County Superior Court bench did not meet the commission standards, and it recommended that voters do not retain him.

The Central Arizona Water Conservation Board is holding elections for five seats this year in Maricopa County. This sounds important given the fact that we are in a drought here in the Southwest. Can the people on this board make a difference on that front?

Yes. Fourteen candidates for five seats there. So it is a pretty crowded, wild race. The board oversees the Central Arizona Project. That's the canals and all the water that flows through them. That includes setting rates for cities and a lot of other important policies they make. And like a lot of water policy, this stuff is really hard to understand.

But there are a handful of groups that have put together really easy to understand kind of primers on the board itself and the candidates. The Arizona Municipal Water Users Association has a really handy guide that does interviews with the candidates, lets you know kind of the big issues that they'll be facing and how they'll approach.

EDITOR'S NOTE: The story has been updated to correct the spelling of Stephen Hopkins' name.