Scientists use Biosphere 2 to ‘sniff out’ drought-stressed rainforest 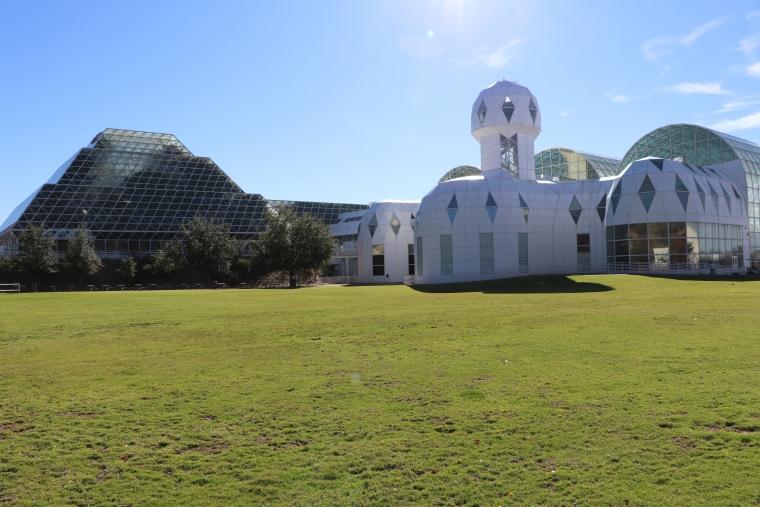 Now, research published in the journal Nature shows scientists can detect airborne chemicals released by plants and possibly use them to track ecological stress.

“Biosphere 2 is one of the few places where we can experimentally change the drought — actually make it happen,” said co-author Joost van Haren, an earth scientist at Biosphere 2. “We know when it's going to happen; there's not going to be a rainfall event that's going to interfere with it.”

The findings focus on terpenes, the compounds that give most plants their smell.

Most terpenes have a mirror-image twin, akin to a right hand and a left hand. Researchers often ignore that “handedness” because chiral pairs are chemically identical.

But van Haren and colleagues found plants emit each chiral twin at a different peak time, and that the emission timing can change as droughts intensify.

“Trees are forming these compounds more later in the afternoon to try to seed clouds to reduce the drought effect and to start rains,” said van Haren. “You get more heat building up later in the day, just like it does here in Arizona, and thus, you can actually create thunderstorms and clouds more likely in the late afternoon than you can in the morning.” 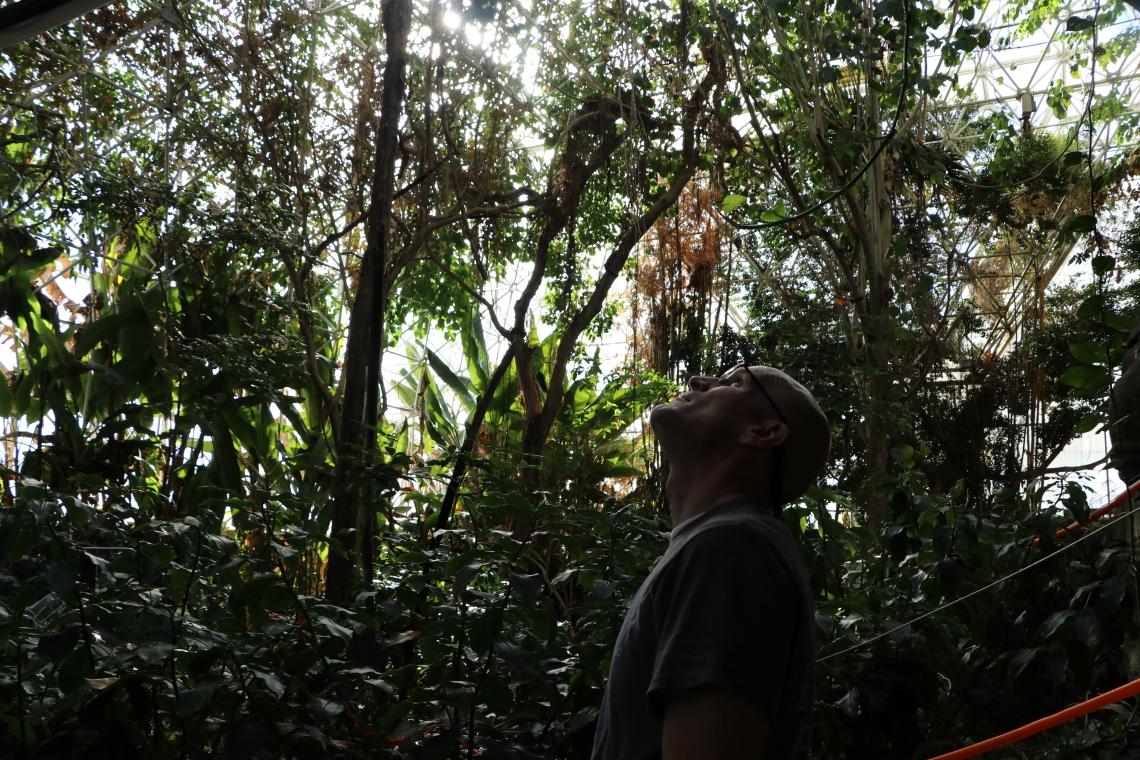 Rosemary Brandt
An experiment at Biosphere 2 forced the “hottest tropical rainforest in the world” through a controlled drought and recovery experiment to paint a clearer picture of how global climate change will affect Earth’s ecosystems.

The experiment, called Water, Atmosphere and Life Dynamics — or WALD, the German word for "forest" — lasted three months and put a 30-acre "rainforest under glass" through moderate and severe drought stress.

Researchers detected the various terpenes using a gas chromatograph, a device that passes samples through a narrow tube containing a lining or filling. The device measures the different rates at which substances pass through, which will vary depending on their chemical and physical properties.

The sensor used in the study could also tell chiral twins apart. Scientists distinguish them with a (+) or (-) notation.

“Then it's released into a mass spectrometer, which actually can separate the different masses, so different organic compounds,” said van Haren.

Researchers were surprised to find emission peaks were different between (+) and (-) terpenes, including alpha-pinene (α-pinene), which gives many forests and air fresheners their “pine-fresh” scent.

What’s more, they discovered the source of those emissions changed within the plants themselves.

Though it’s still early days, one possible application of the findings might entail flying a specially equipped aircraft over a rainforest to “sniff out” the health of the ecosystem.

The team will now work with researchers from NAU, ASU and UA to better understand how trees respond to extreme temperatures.

“Biosphere 2 actually is, I think, the hottest rainforest on the planet,” said van Haren. “We see temperatures in the upper canopy that are 10 degrees centigrade higher than normal tropical forests — so, 20 to 30 degrees Fahrenheit warmer.” 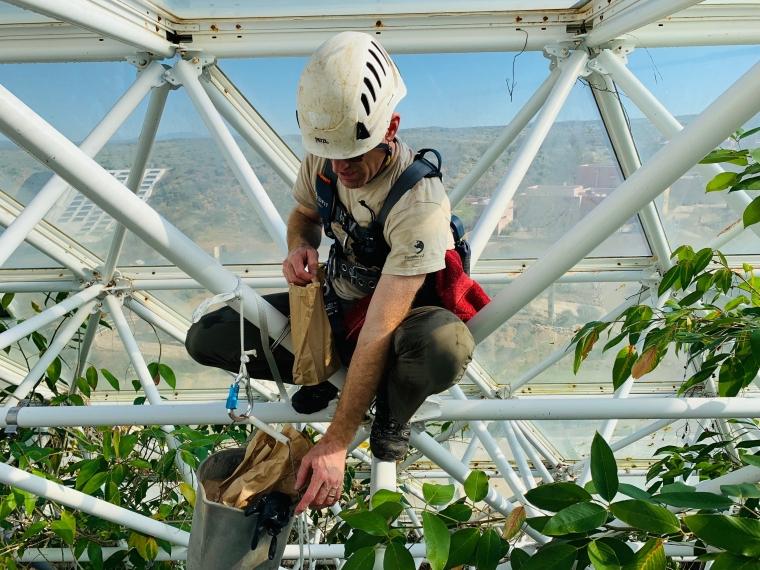 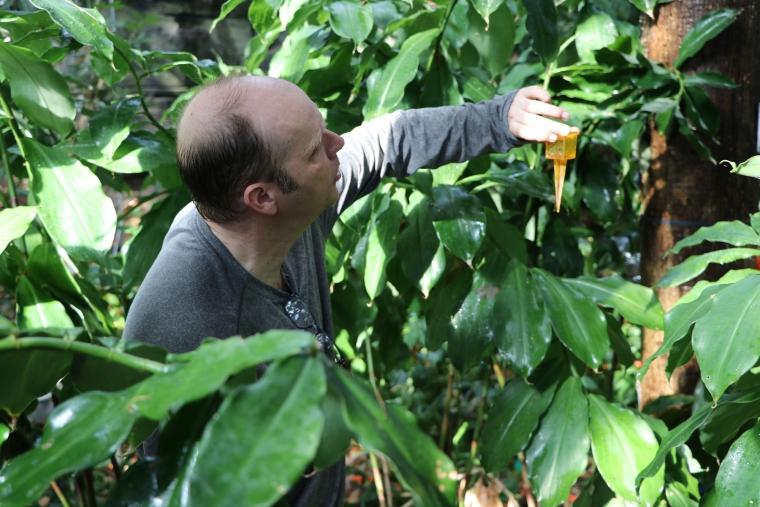