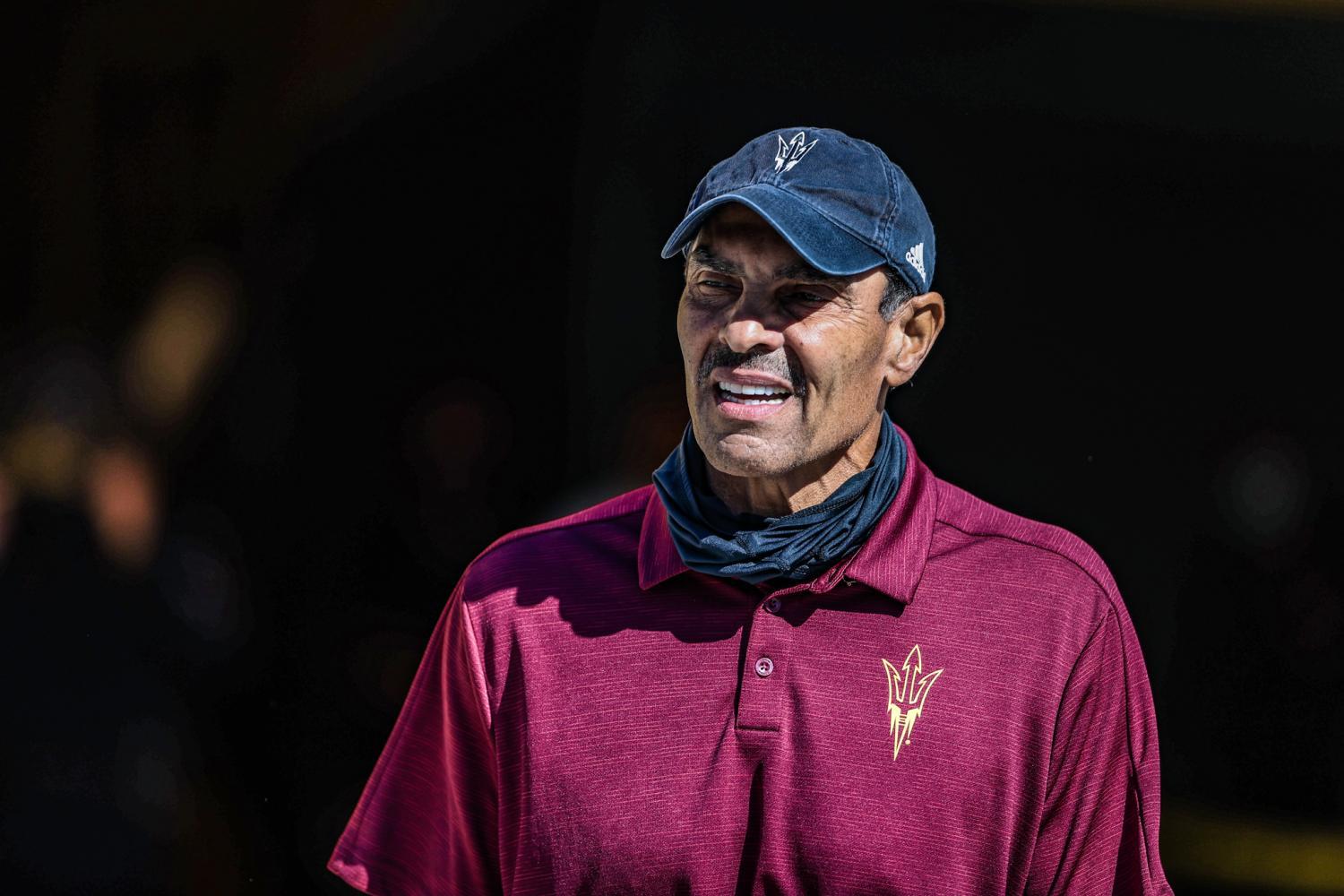 Arizona State athletic director Ray Anderson announced the decision on Sunday, a day after the Sun Devils lost 30-21 to Eastern Michigan of the Mid-American Conference as heavy favorites.

Edwards went 46-26 at Arizona State, including 1-2 this season and 17-14 in the Pac-12. The Sun Devils never won more than eight games in a season under Edwards.

“We have made the decision to make a change in the leadership of our football program, effective immediately,” Anderson said in a statement. “By mutual agreement, coach Edwards and I have determined that he will relinquish duties as our head coach. At the core of this is doing what is best for our current team, staff and university. I understand the frustrations out there. We must do better and that starts with our decision today.”

The Sun Devils begin Pac-12 play next with three ranked teams: No. 13 Utah at home Saturday, followed by No. 7 Southern California and No. 18 Washington.

Edwards managed to hold onto his job after an up-and-down 2021, but another shaky loss led to his firing three games into the season. Arizona State is still awaiting word on possible NCAA sanctions for allegedly hosting recruits on campus during an NCAA-mandated COVID-19 dead period in 2020.

Edwards, a former NFL head coach, was considered an unconventional hire when he was tapped by Crow and Anderson to lead the middling program. A former NFL agent, Anderson represented Edwards during his playing days with the New York Jets.

Edwards spent the nine previous years as an NFL TV analyst and had not been a college coach since serving as San Jose State's defensive backs coach from 1987-89.

The loquacious coach changed the narrative his first few seasons in Tempe, proving to be an adept recruiter while leading the Sun Devils to two straight bowl appearances.

Arizona State was hit hard by COVID-19 during the delayed 2020 season, finishing 2-2. The Sun Devils opened the 2021 season 5-1 before suffering consecutive ugly losses, giving up 56 straight points to Utah and Washington State.

Edwards was thought to be on the hot seat at the end of the season, but Anderson said he would remain as coach following a lopsided win over rival Arizona.

Arizona State had an exodus of players and coaches during the offseason, losing five assistant coaches, 11 players drafted or signed by NFL teams and numerous key players to the transfer portal.

Edwards rebuilt the Sun Devils mainly through the transfer portal, adding 43 new players to the roster.

The Sun Devils opened the season with an expectedly easy win over FCS opponent Northern Arizona and played OK at No. 8 Oklahoma State before fading late in 34-17 loss.

Arizona State hoped to right itself against Eastern Michigan, only to fall flat against a 20 1/2-point underdog at home. The Sun Devils could not stop the Eagles defensively, were plagued by key penalties and became the first Pac-12 school to lose to a MAC school.

“I’m probably more disappointed than anybody because I talked about it all week,” Edwards said Saturday night. “As much as I do in my power to reach the team and say, ‘Man you can’t fall into this trap.’ And we did.”

For more on Edwards’ departure, The Show spoke with Kent Somers, sports columnist for the Arizona Republic.