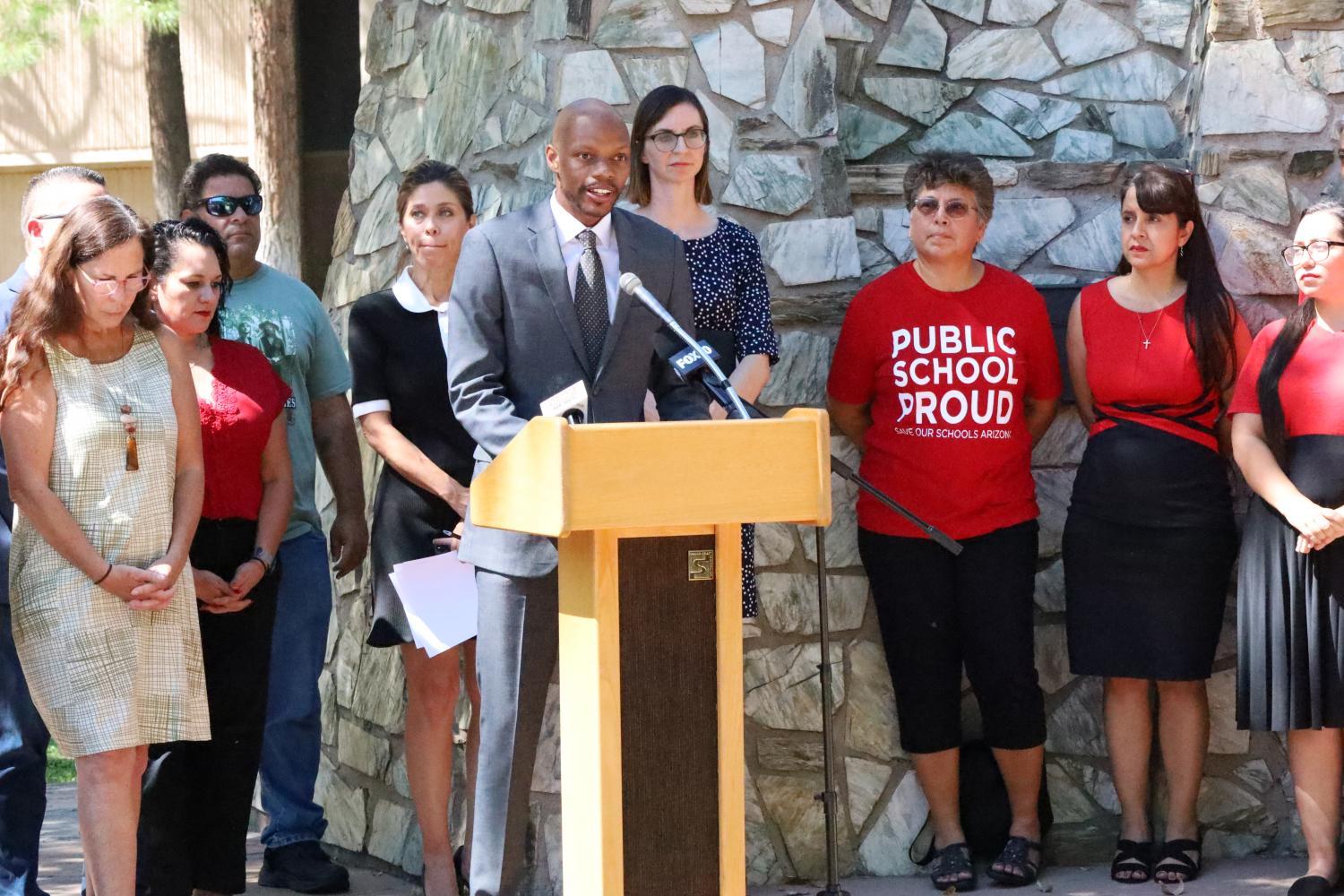 Legislative Democrats gathered at the Arizona Capitol on Thursday morning. They're asking Gov. Doug Ducey to call a special session to address a limit on public school spending.

Arizona’s Aggregate Expenditure Limit puts a cap on how much money school districts can spend each year.

State lawmakers on both sides of the aisle approved a large budget increase for k-12 schools this summer.

“When we negotiated the budget, we had assurances from the governor’s office and Republicans that the Aggregate Expenditure Limit would be waived in a special session this year," Democratic House Minority Leader Reginald Bolding said. "It’s time for that to happen now.”

Bolding said with the spending limit in place, that investment is at risk.

“If the Legislature does not come together with a two-thirds majority to waive the AEL, our schools will be forced in 2023 to cut more than $1.3 billion in the middle of a semester," Bolding said.

A spokesperson for Ducey said they haven't seen any evidence that there are enough votes to get it done.

In February, lawmakers voted to raise the spending limit, just for that year.

The deadline to waive the limit again for 2023 is March 1.