Amid calls for change in culture, a changing of the guard atop Phoenix Police Department 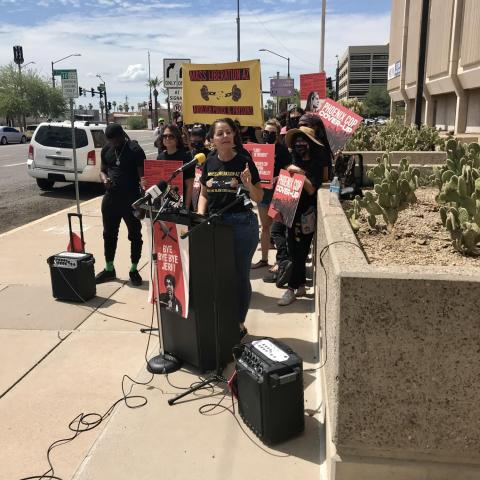 In 2020, police protesters were arrested in downtown Phoenix on what turned out to be bogus gang charges. The scandal tainted the department and Maricopa County Attorney’s Office — and it’s a big reason why the group Mass Liberation Arizona got a brass band to help say good-bye to Chief Jeri Williams.

The musicians played a cover of a decades-old song by the boy band NSYNC, which hit on the theme of a midday news conference held Monday outside of Phoenix police headquarters that the activist group called "Bye, bye Jeri."

“We are celebrating the win of removing Jeri Williams from office as police chief. This is our victory," said Patricia Pagliuca.

Turnover in leadership is underway this week at the Phoenix Police Department. The outgoing Williams is helping onboard her interim replacement, Michael Sullivan.

He has the experience city officials wanted when they went looking for someone to guide the agency through a federal investigation that’s now 13 months old.

Williams actually oversaw numerous reforms as chief. Some came in response to, or were eclipsed by, public embarrassments.

She noted changes in an in-depth update on her department at the city council’s latest policy meeting. 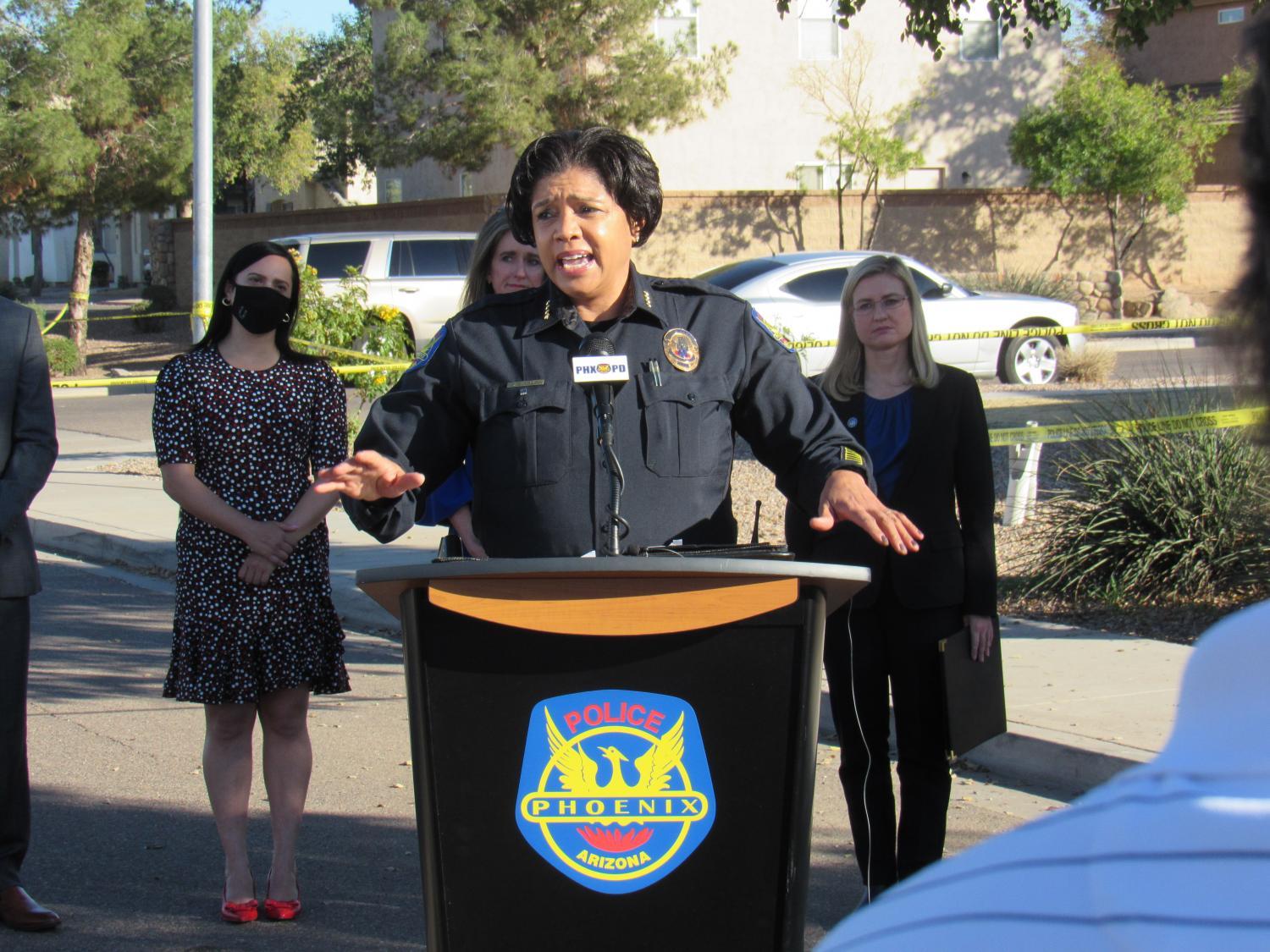 “There are over 90 policy changes. But I don’t want to talk about 90. I just want to highlight the ones that we believe are most impactful to our community,” said Williams.

Many of the Power Point slides made by city staff were about accomplishments, such as rules for body camera use and requiring officers to tell their supervisor if they point a gun at someone.

“Are we perfect? No. Are we better than I think we used to be? Absolutely. But we still have more work to do,” said Williams.

Williams later told Councilmember Carlos Garcia that he’s always been good at bringing up issues that are top-of-mind for people who don’t trust law enforcement.

“We have been open and transparent to sit and listen and try to work through those things. I would encourage you sir, to continue to push us and instruct us in that direction,” said Williams.

Garcia is the council’s most outspoken critic of the Police Department, and on Tuesday he told Williams a culture shift is still needed. Garcia ended the meeting by thanking Williams.

“(I’ve) seen you try. I’ve seen you work with community. Many community meetings. Particularly in south Phoenix. people know you, trust you, love you,” said Garcia.

Among those who saw these exchanges live in the City Council chambers is the Interim Chief Michael Sullivan. He pledges to work hard daily to make Phoenix a better agency. 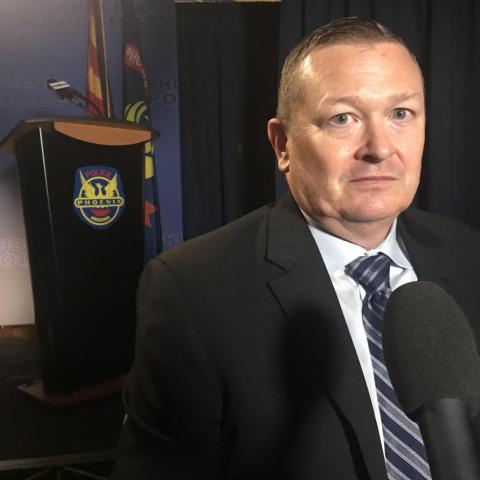 “I truly believe reform is about becoming a self-assessing, self-correcting agency,” said Sullivan.

His top qualification was having led efforts to make the Baltimore Police Department compliant with court-enforceable reforms similar to what the Feds could impose here.

Phoenix hired Sullivan for $232,000 a year plus benefits.

“The key is collaboration, when you get to a point that you're working hand in hand with the Department of Justice,” said Sullivan.

The first calls Sullivan said he made after accepting the job were to unions within the Phoenix Police Department. He calls their buy-in critical for implementing reforms that could come from the Feds sweeping review.

“Change is not easy. And it's something that police departments struggle with at times,” said Sullivan.

For Sullivan, a culture change is not about history and traditions. He’s excited to learn those of the Phoenix Police Department.

“But a culture of accountability, a culture of transparency, I think is critically important to building trust. And that's a change that I'm going to be focused on,” said Sullivan.

Phoenix plans to hire a permanent police chief after the feds finish their investigation, which could take another year.

Sullivan said it’s too early to talk about whether he will apply for the job.