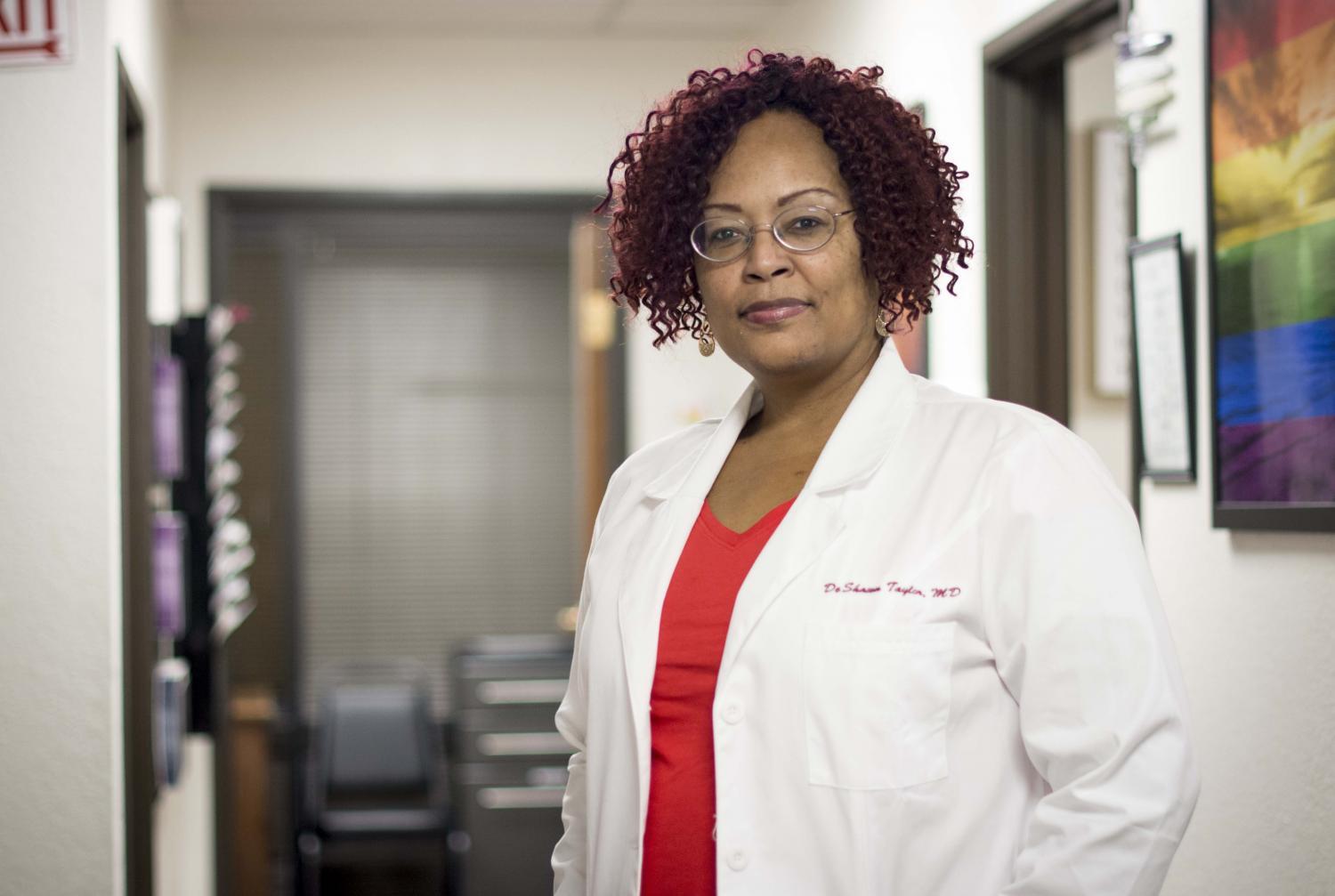 Katherine Davis-Young/KJZZ
Dr. DeShawn Taylor is one of just a handful of abortion providers in Arizona.

There were no patients around at Phoenix’s Desert Star Family Planning clinic on a recent Monday. Dr. DeShawn Taylor said ever since the U.S. Supreme Court overturned Roe v. Wade in June, her office has been quiet.

“Each provider needed to make their own determination around what level of risk they were willing to assume,” Taylor told KJZZ News.

There are just nine abortion clinics in Arizona. Many, like Taylor’s, have paused or limited services over the last two and a half months. That’s because it hasn’t been totally clear what’s legal in Arizona after Roe.

At first, Taylor stopped all abortion services. She’s since resumed medication abortions. But she hasn’t been able to bring back enough staff to take on patients who need surgical abortions.

“To know that those people are going without care is particularly distressing to me,” she said. “Those are the people who absolutely are having to leave the state.”

“Our leaders are supposed to tell us what laws are in effect and how we are to comply,” Taylor said. “And that didn’t happen.”

In the weeks since Roe was overturned, some Arizona officials have said a near-total abortion ban should go into effect, while others have said a new law banning the procedure after 15 weeks gestation should take precedence. A superior court judge in Pima County next week is expected to give her opinion in a case that will determine which of Arizona’s abortion laws can be enforced. 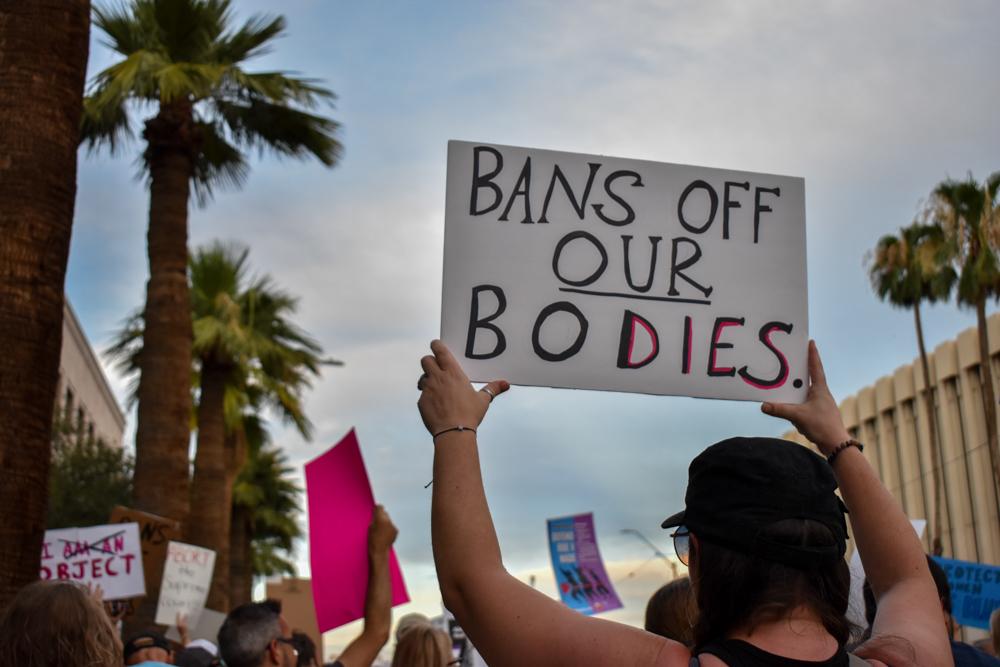 To understand the current confusion around abortion in Arizona, you have to go back to the 1860s. That’s when the Arizona Territory’s first legislative assembly met. Those pre-statehood lawmakers banned abortions — making exceptions only to save the life of the pregnant person – in a law which eventually became known as Arizona Revised Statute 13-3603.

More than a century later, in the early 1970s, the Planned Parenthood Center of Tucson and several Arizona doctors sued over that ban. In 1973, the state’s courts upheld the territorial law. But, just 10 days later, the U.S. Supreme Court established a federal right to abortion in the case Roe v. Wade. So the Arizona judges vacated their decision and issued an injunction to block enforcement of the old ban.

Mark Brnovich, the state’s republican attorney general, now believes Arizona’s abortion ban should go back into effect. So he’s asking the court to lift the injunction.

Our office has concluded the Arizona Legislature has made its intentions clear regarding abortion laws. pic.twitter.com/jvjKXaXKwd

But Planned Parenthood Federation of America is arguing that the court needs to consider more than just the old law.

“If the court goes along with the AG’s request and simply lifts the injunction wholesale without any clarification, there will be this total ban, but there will also be all of these other laws and regulations, and it will be unclear how they all interact with one another,” Sarah Mac Dougall, a staff attorney for Planned Parenthood Federation of America, told KJZZ News.

In the half-century since Roe v. Wade, Arizona has made dozens of laws related to abortion. Just this year, the state legislature passed a bill outlawing the procedure after 15 weeks gestation.

Mac Dougall said the state’s more recent laws suggest elected officials intended to allow abortions in the state, at least in some circumstances.

“The Arizona Legislature could have had the territorial ban go back into effect if Dobbs were to overturn Roe, but they didn’t,” Mac Dougall said. 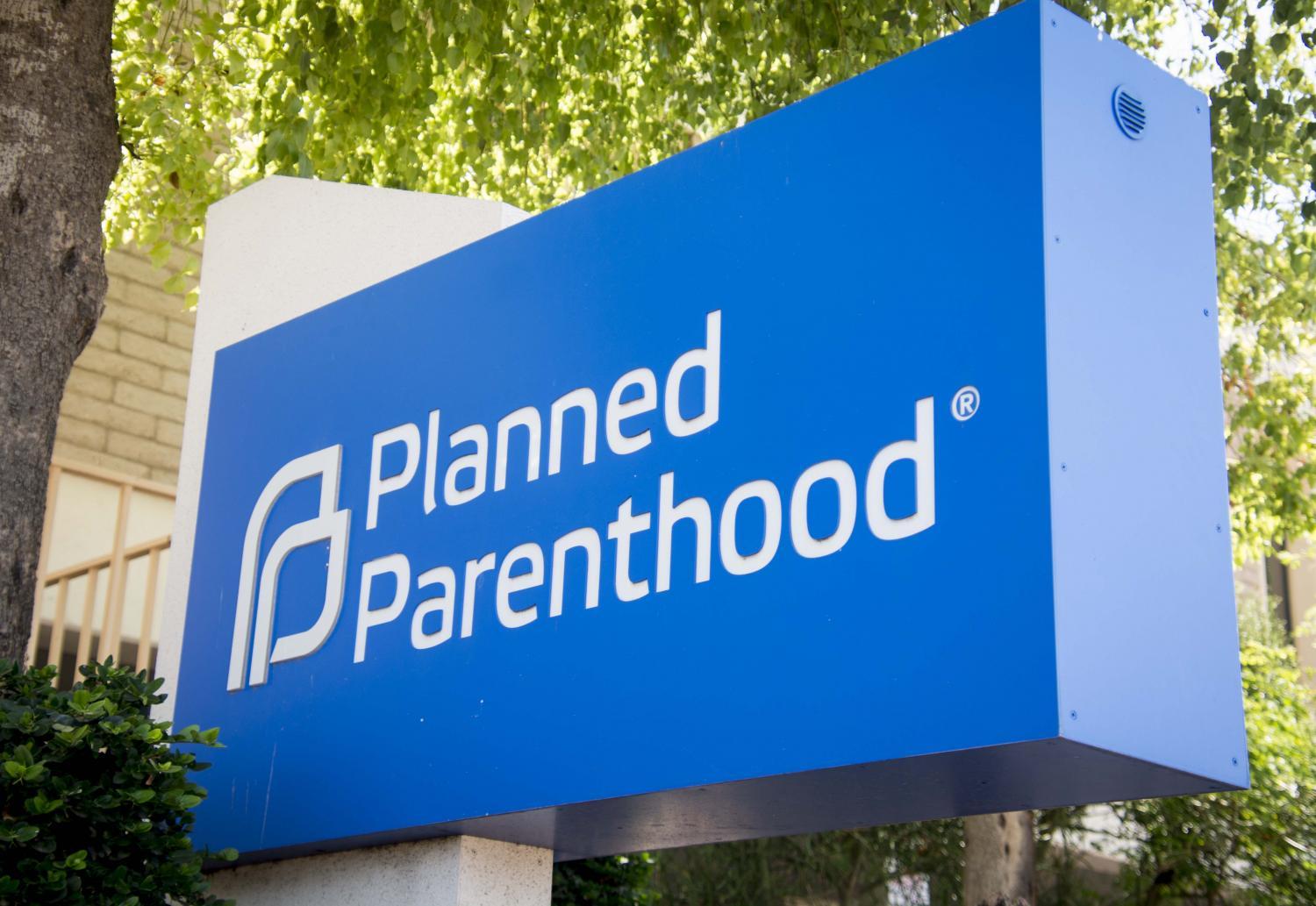 “Those laws were passed by the Legislature because the Supreme Court said you are required to recognize a constitutional right to abortion,” Roysden told the judge during an August hearing.

“There’s nothing in their text that supports the idea that they were intended to statutorily create a right to abortion,” Roysden said.

Judge Kellie Johnson is expected to give her opinion in the case early next week. Abortion will be further restricted in Arizona whatever she decides.

If Johnson sides with the attorney general, the state would go back to its near-total ban. If she sides with Planned Parenthood, the state’s recently passed law banning abortions after 15 weeks will take effect Sept. 24th.

But Johnson probably won’t have the final say. 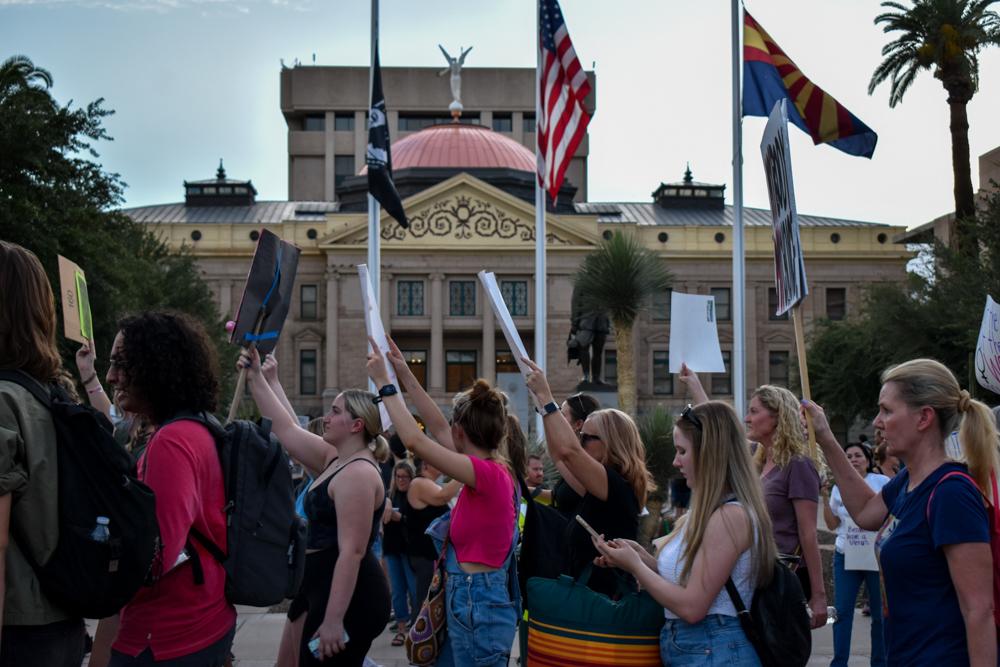 Amber Victoria Singer/KJZZ
Protesters express discontent with the Supreme Court's decision to overturn Roe v. Wade, the case granting the right to abortion, at the Arizona Capitol on Friday, June 24, 2022.

Either side would be likely to appeal a decision that wasn’t in their favor. So the case could end up before an appeals court, or after that, the mostly conservative Arizona Supreme Court.

So for Arizona’s abortion providers, the future is still uncertain.

“This moment is going to have repercussions for generations to come,” Taylor said.

Taylor said the court case is only one concern for her. She’s also thinking about what might happen in November’s election or in the legislative session that begins in January, where lawmakers will no longer be bound by Roe.

“I’m quite sure that if we have the current people running the state continue to run the state, it is their intention that abortion is completely illegal in this state,” Taylor said. “That interest has been made clear.”

For now, she said, she’s just not booking appointments beyond this week.