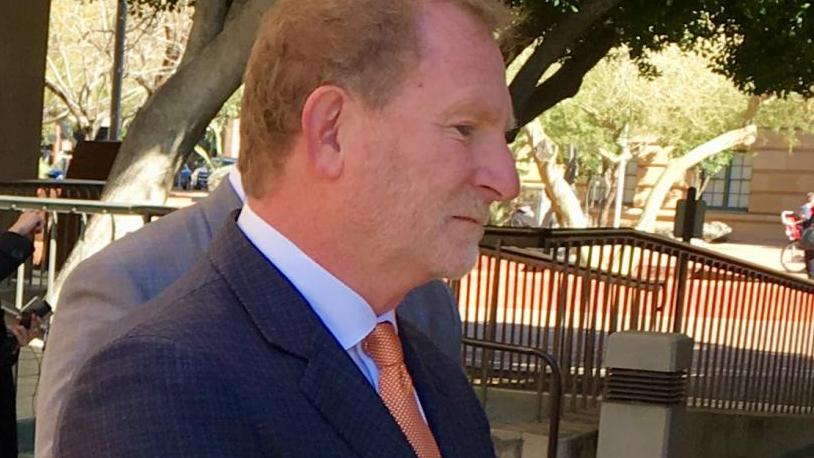 The NBA has suspended Phoenix Suns and Phoenix Mercury owner Robert Sarver for one year, plus fined him $10 million, after an investigation found that he had engaged in what the league called “workplace misconduct and organizational deficiencies."

The findings of the league's report, published Tuesday, came nearly a year after the NBA asked a law firm to investigate allegations that Sarver had a history of racist, misogynistic and hostile incidents over his nearly two-decade tenure overseeing the franchise. The review found that on multiple occasions, Sarver repeated or used a racist slur, treated women unequally and bullied staff. The document describes Sarver’s sense of humor as sophomoric,  and says he acted as if workplace norms did not apply to him. But it also found that Sarver’s behavior was not due to racial or gender-based hostility.

Sarver issued a prepared statement Tuesday taking full responsibility for his actions, apologizing and accepting the consequences. Sarver says that although he does not agree with all of the report’s findings, he apologizes for “words and actions that offended our employees.”

"This moment is an opportunity for me to demonstrate a capacity to learn and grow as we continue to build a working culture where every employee feels comfortable and valued," Sarver said in a statement.

The allegations were reported by ESPN, which said it talked to dozens of current and former team employees for its story, including some who detailed inappropriate behavior by Sarver. He originally denied or disputed most of the allegations through his legal team.

Sarver, the league said, cannot be present at any NBA or WNBA team facility, including any office, arena, or practice facility; attend or participate in any NBA or WNBA event or activity, including games, practices or business partner activity; represent the Suns or Mercury in any public or private capacity; or have any involvement with the business or basketball operations of the Suns or Mercury.

Rev. Al Sharpton has pushed the NBA to remove Sarver as Suns owner.

"While I commend the league for taking this step, the report findings clearly show that Mr. Sarver has perpetrated egregious acts of racism and misogyny and should no longer be welcome in the back office or on the sidelines," Sharpton said in a statement Tuesday. "I encourage the Board of Governors to hold Mr. Sarver fully accountable for his actions, and to vote for his removal from the league in recognition that his behavior does not represent the values of the NBA."

To learn more about the repercussions, The Show spoke with Sam Amick, a senior NBA writer with the Athletic.