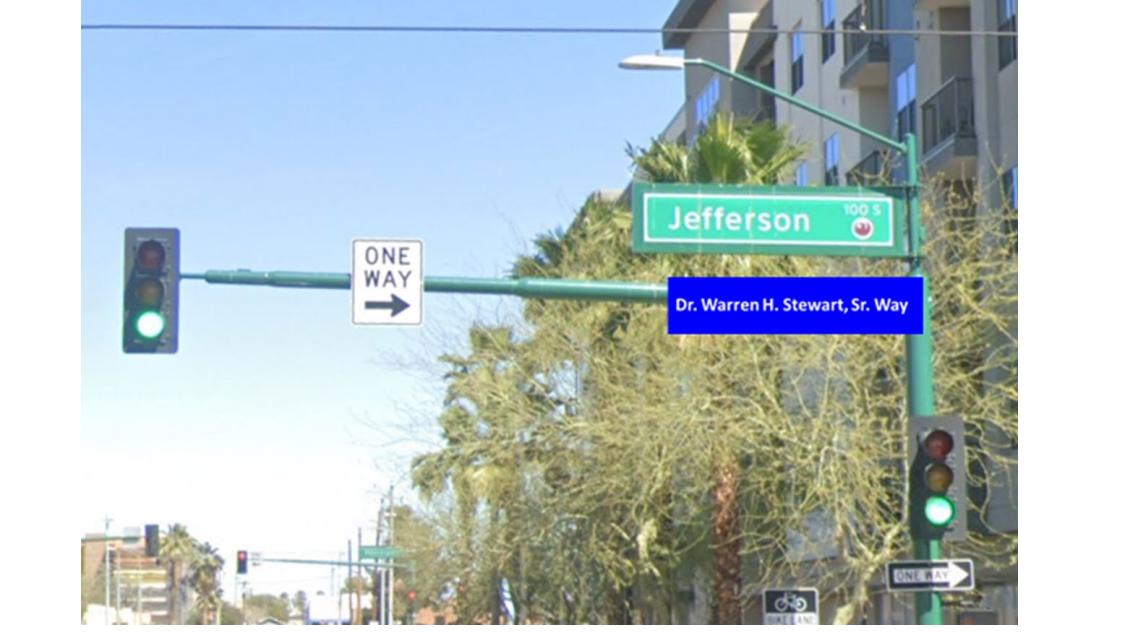 City of Phoenix
A rendering of the Dr. Warren H. Stewart Sr. ceremonial signs in Phoenix.

“He always personifies dignity and the yearning for justice,” Phoenix Councilmember Carlos Garcia said during a meeting last week.

Stewart’s humanitarian efforts have focused  on housing, health care, job training and immigration reform. In the 1980s and '90s, Stewart was a prominent leader in efforts to get a statewide MLK holiday.

“He’s made Arizona a better place and a more equitable place for all of us,” Garcia said.

At Garcia’s request, the City Council approved adding ceremonial streets signs bearing Stewart’s name at 12th and Jefferson streets, where his church is located. The signs will be mounted on mast arms of the northeast and southwest traffic signal poles.

A City Council report says Stewart served as chairperson of the African American Christian Clergy Coalition, Chairman of the Board of the National Immigration Forum, and he co-organized the Black/Brown Coalition of Arizona. According to the church’s website, Stewart has preached in nearly 40 states and more than 50 countries.