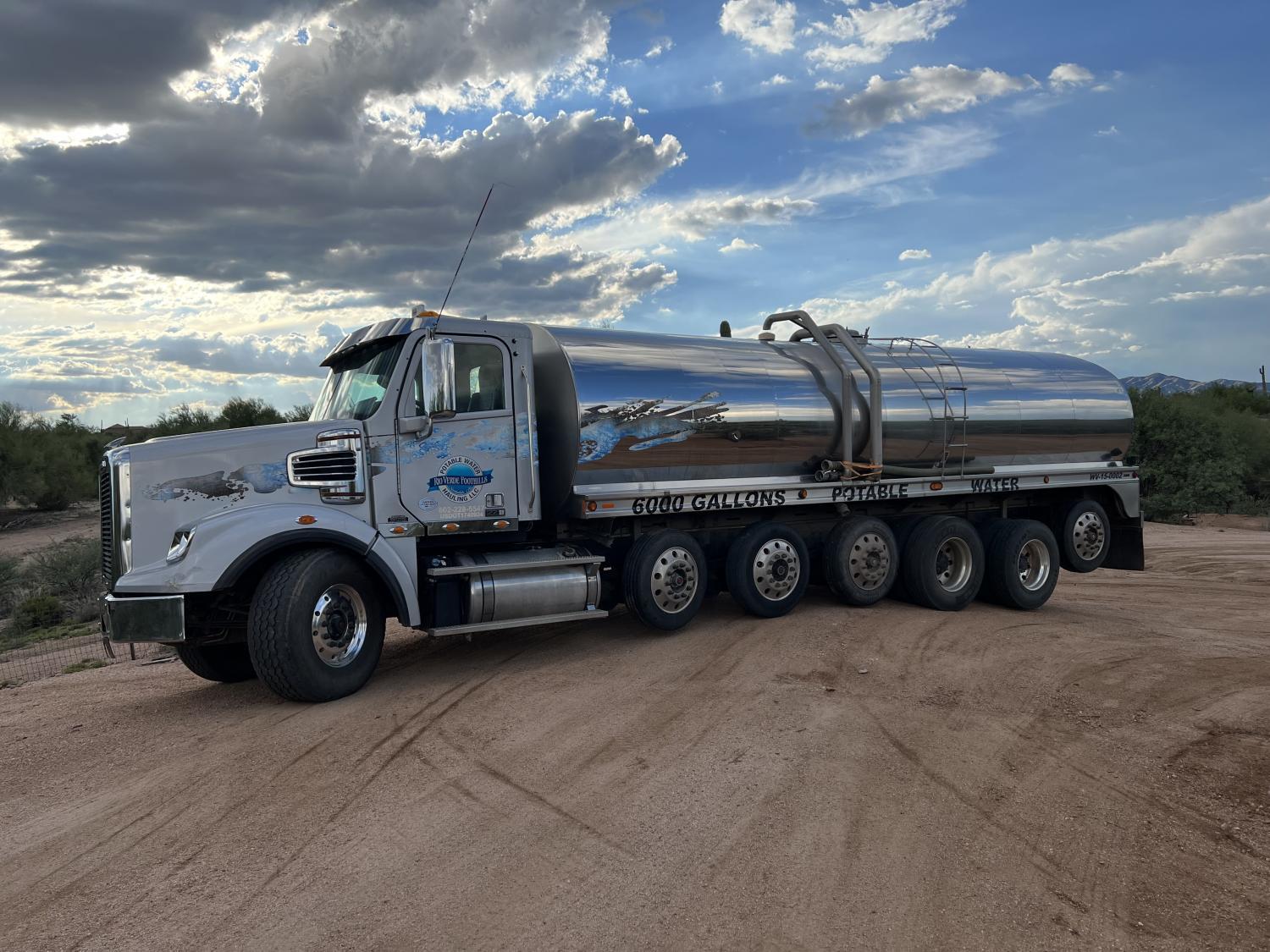 The Rio Verde Foothills is a hike, literally and figuratively. Winding through dirt roads and nestled between the mountains, it’s about an hour northeast of downtown Phoenix. The nearest grocery store is a 30 minutes away.

Acreage she has. But easy access to water she does not.

“We’re on septic. We have hauled water. A lot of people don’t know what that means, but basically we have an above ground water tank.”

DeAngelis says that’s caused her and family to see water a lot differently.

“You know when I lived in the city of Scottsdale, you know, I’d run my faucet and not really think about it, right? You’re brushing your teeth, you leave it on. You wash your hands, you leave it on. When we moved out here, being on hauled water, you are much more aware of your usage.”

The Rio Verde Foothills is in an unincorporated part of Maricopa County. About 500 of its residents buy their water from the city of Scottsdale. Some property owners, including John Jouas, have their own wells plunging 1,000 feet down into the aquifer.

“That well over the past 15 years or so, has slowly diminished to barely a trickle now. Having a well was just like having an endless supply of water, but then that endless supply just became less and less," said Jouas.

"Having a well was just like having an endless supply of water, but then that endless supply just became less and less."
— John Jouas, Rio Verde Foothills resident

So now Jouas, too, has to rely on hauled water from Scottsdale.

Jaime Phillips had no choice. He moved to the area two years ago to build a tiny home off the grid from an old shipping container.

“When I bought my property, I was basically reassured by the real estate that hauled water has been around and was gonna be around," Phillips said.

But he and other residents soon found out that wasn’t the case. Due to ongoing drought concerns, last year Scottsdale officially informed haulers they would no longer be able to take water outside the city’s boundaries effective at the end of 2022.

“So when I told people look, this is something that’s very likely coming down the pipe, and we need to organize and come up with a solution, my biggest hurdle was: ‘Are we even in a drought. I just rained last week. We can’t possibly be in a drought,’” Hornewer said.

Hornewer, whose 6,000 gallon tanker truck brings the precious potable water to the neighborhood, says reality and a sense of urgency quickly kicked in. 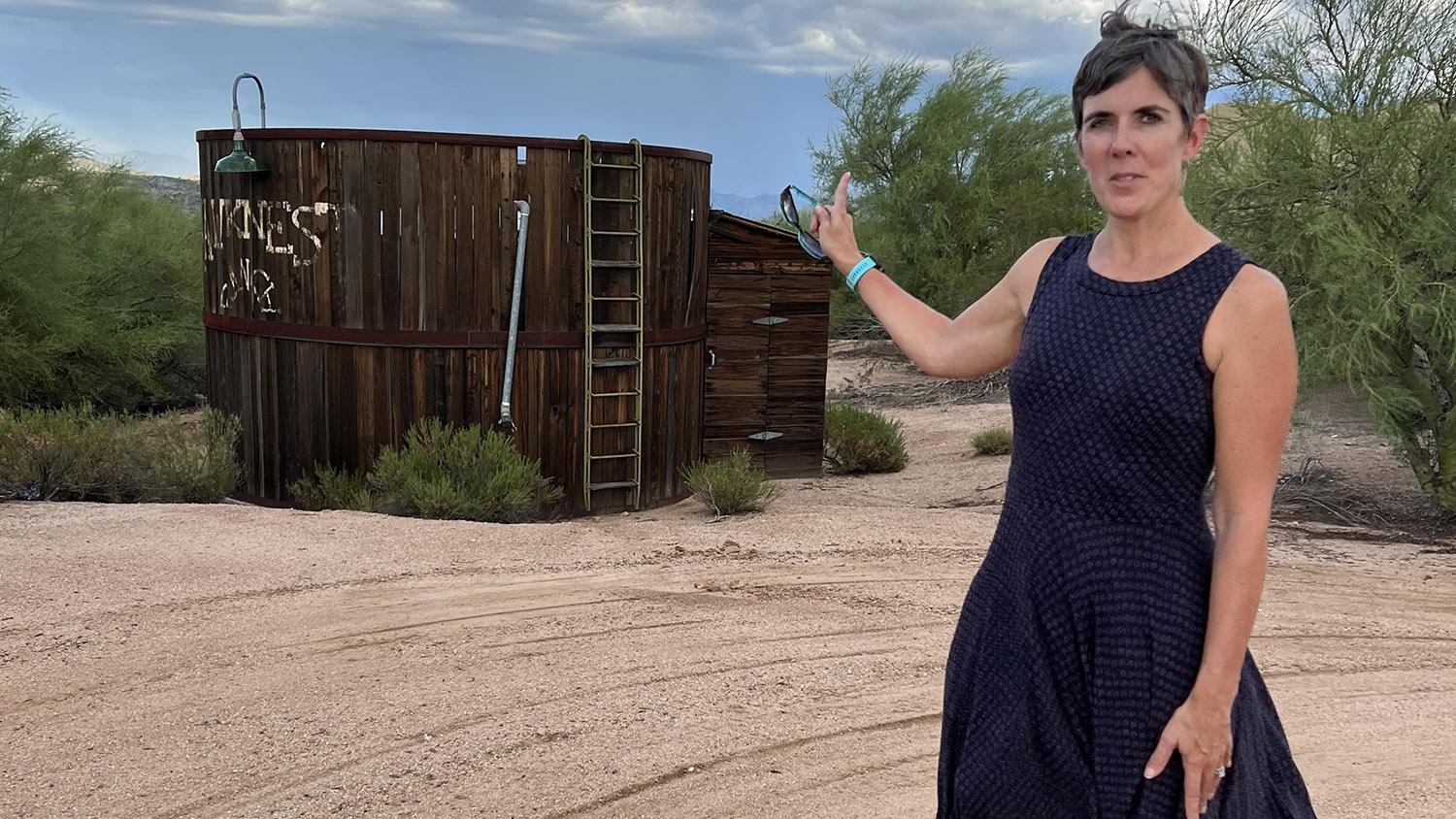 “Hell yes, there’s a panic. We’re on the front lines of the panic. As it looms and gets closer, of course now more people are opening their eyes going, ‘Oh my gosh, this is actually a real thing,'” Hornewer said,

Facing a complete cutoff, Foothills residents got together to discuss forming a Domestic Water Improvement District, or DWID.

“The DWID is just an option provided by Arizona statute that allows communities to create a water solution for themselves," said Karen Nabity, who is on the board for the proposed district.

She didn’t even know what it was until relatively recently.

“Five years ago I hadn’t even heard of one, to be honest. In fact, in 2018, I wasn’t even aware that this was going on. And it’s unfortunate that we’re at this point and haven’t secured it previously. We would have gotten it so much cheaper, and the interest rates cheaper. Just in the past year, costs have doubled," said Nabity.

Despite the cost, fellow proposed DWID board member Jennifer Simpson says it’s the best option they have. But their proposal needs the approval of Maricopa County’s Board of Supervisors.

“We have a 100% full plan. No other solution has been brought forth. It’s time for them to approve it. All they have to do is say yes," said Simpson. 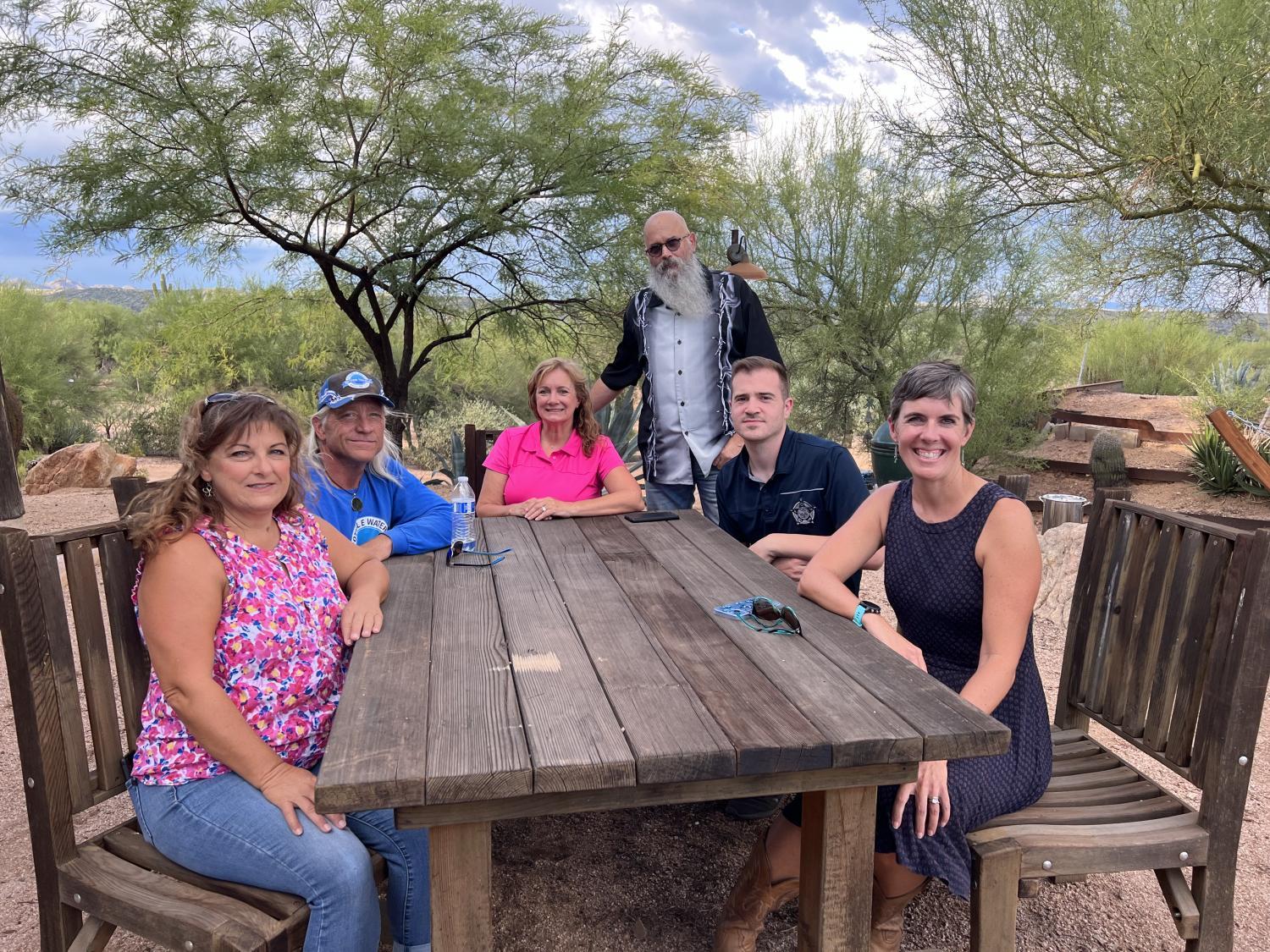 But after nearly two years, Maricopa County supervisors have yet to call a vote. A number of residents are opposed to the DWID, contending it will infringe upon their property rights.

“They’re fearful. I understand the government overlay aspect of it," Simpson said. "Once we’re formed and we’re approved, we will get into business and we will start delivering water and until we actually start doing that and proving what we’ve been saying, those people won’t believe it until they can actually see it.”

County officials are also said to be considering a third-party company, such as Epcor, to provide water to the community.

The Board of Supervisors meets Monday to hear public comment on the DWID from residents.

But a spokesman for Thomas Galvin, who represents their district, says no vote is currently scheduled.