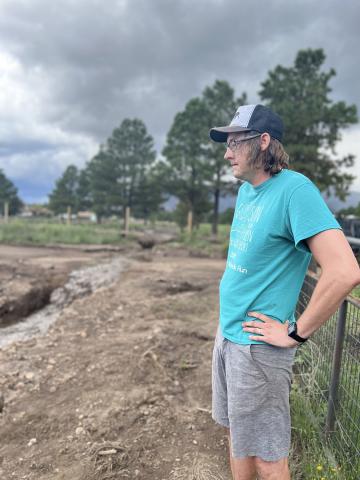 Michel Marizco/KJZZ
Chris Repka stands outside his home as water rushes down the mountain slopes onto what used to be his driveway in August 2022.

Chris Repka stood in what used to be his driveway and is now a running channel of eroding soil that grows deeper with every storm. Just as I pulled up, the water began to rush again.

"We have another flow, right into our driveway, impeccable timing," he said.

He and his wife live on a road just north of Flagstaff that threatens to wash out every time it rains. Their neat country home sits on lush green fields, the cool wet air is crisp with pine. It is idyllic and peaceful until you look across the road at the mud field, the sandbags and the concrete barricades keeping their home dry.

Communities both northeast and northwest of Flagstaff face fast-moving floods every day now, the result of the devastated forest watershed that was wiped out during last June's Pipeline Fire. Basically, the closer you are to where the water pours off the mountain, the faster the torrents. New channels like the one that used to be their driveway are devolving into widening chasms.

"It’s been pretty stressful not knowing if we can get back to our house, all our animals," he said.

His neighbor Edgar Warner stood at the edge of a new ravine where the road ends in a new cliff.

"This road washes out. We do our best to keep it maintained as best as we can, but it continues to erode backwards from this waterfall, if you will," Warner said.

"Making this road passable where we don't have to worry if it rains overnight," he said. "You see this crossing here where it's undermined the utilities twice. And fortunately APS and Unisource have come out and done some work just to protect the facilities themselves but the erosion factor is something that us as a local community can't handle. We're not equipped to handle this on a private road."

Both he and Repka said they want to hear more from the county about the issues facing the road.

"Hang in there with us," said Lucinda Andreani, Coconino County's flood control district administrator. "The short-term mitigations are really the only thing we can do right now," she said.

She cautioned that the county can't do anything for utilities except to alert utility companies.

"Most of what you're seeing is exposed telephone and communications and I'll be honest with you, our history with that is that until the service goes out, they won't respond."

Andreani said emergency teams and engineers have gone door to door to meet with people for site assessments. 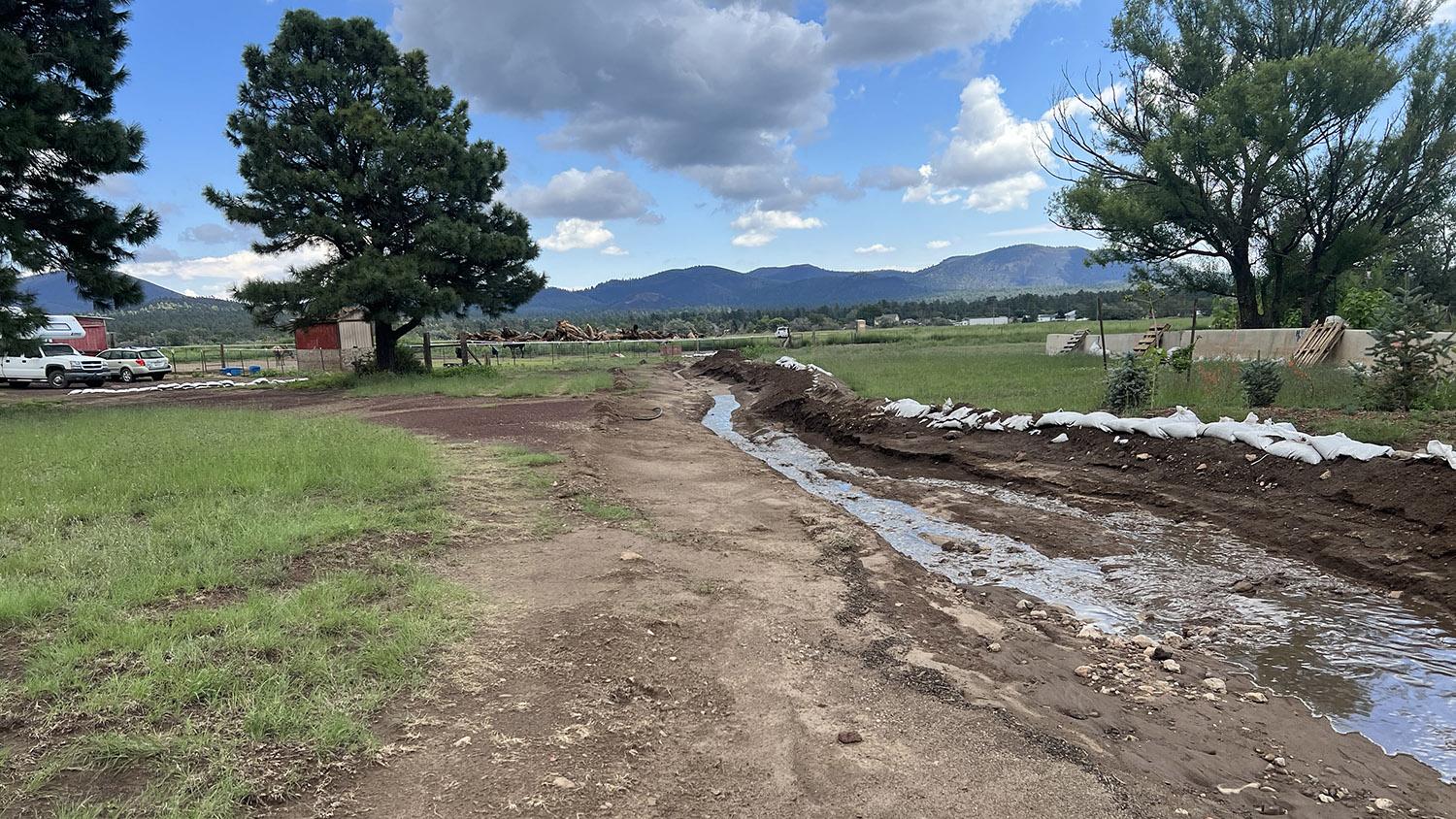 Michel Marizco/KJZZ
The water is eroding the dirt road and threatens to cut off Coconino County residents' access out.

"We had very little time this year to get out before the actual events began; we had a very early start to monsoon." Monsoons this year started in late June; about two weeks earlier than normal. And some areas, like Flagstaff's Doney Park have received a foot of rain when six inches is more normal.

For now, the county is moving sediment out of the way as new floods hit every day, trying to keep the water from surging inside people’s homes.

Andreani said the county will need between $125 million and $145 million in federal funds. The breakdown is this: about $40 million to restore watersheds in the Coconino National Forest; another $50 million to control flooding in neighborhoods; and upwards of $45 million to improve drainage on area highways. 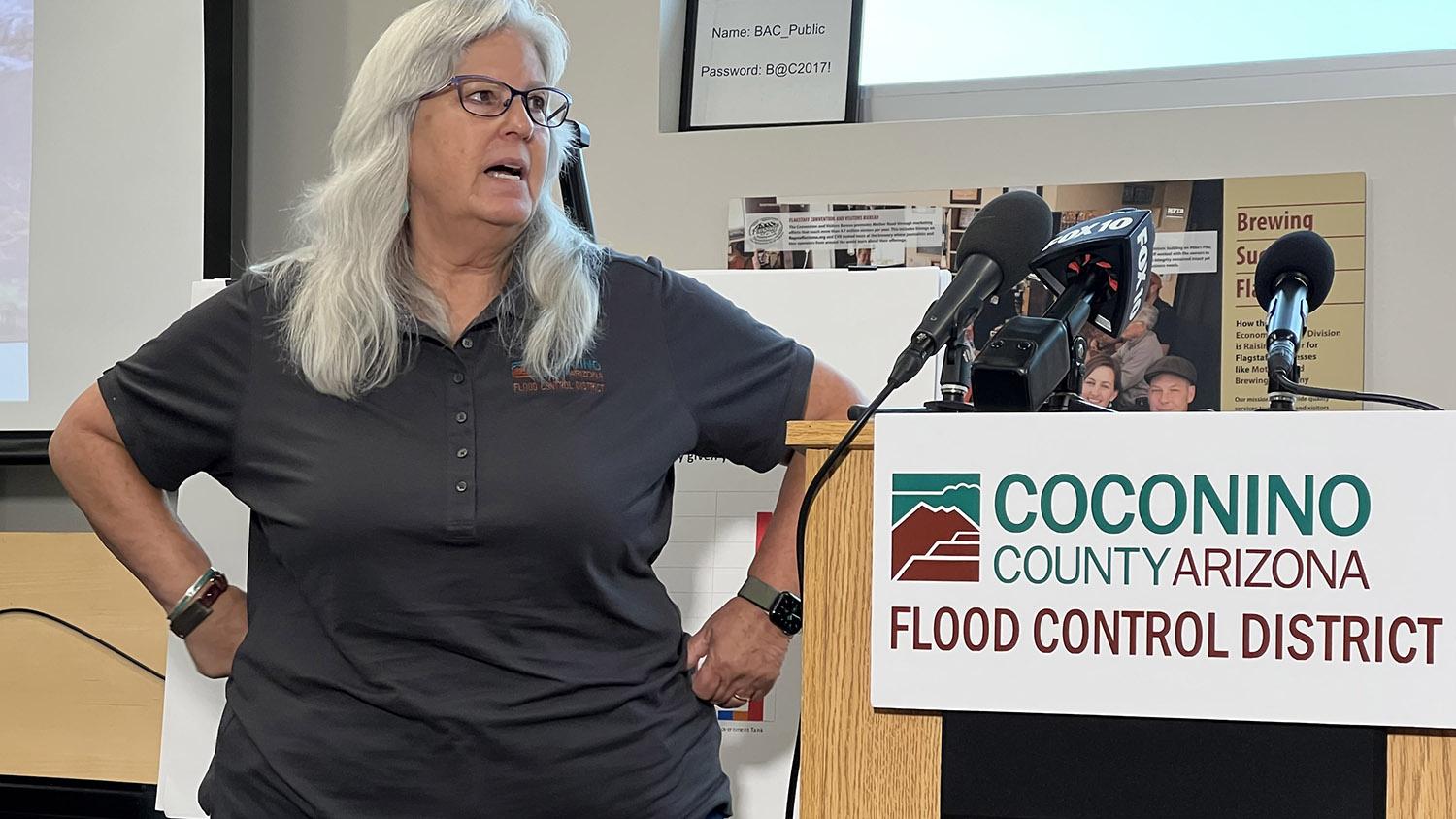 "We’re working diligently with our congressional delegation to bring in the funding, to get the long-term mitigation in place but it’s going to take time and it’s going to take a level of resources not only through the federal government but also the flood control district. And there’s going to be some very difficult decisions that have to be made," Andreani said, following a tour of some of the burn scar areas she conducted with Rep. Tom O'Halleran, representatives from Sen. Mark Kelly's office and officials from the U.S. departments of Agriculture and the Food and Drug Administration.

Democratic Congressman Tom O’Halleran said the requests will reach Congress before the end of its session in November. He said given the explosive nature of modern wildfires and burn scar flooding, Congress will need to act quickly.

"That’s going to mean we have to move things faster, both from the planning stage like the thinning of the forest which we already started to accomplish to the aftereffects and protect our homes, our children and our families." O'Halleran said.

By late Wednesday, the waters had started surging around Repka’s home once again. A flood watch is in effect until the weekend. 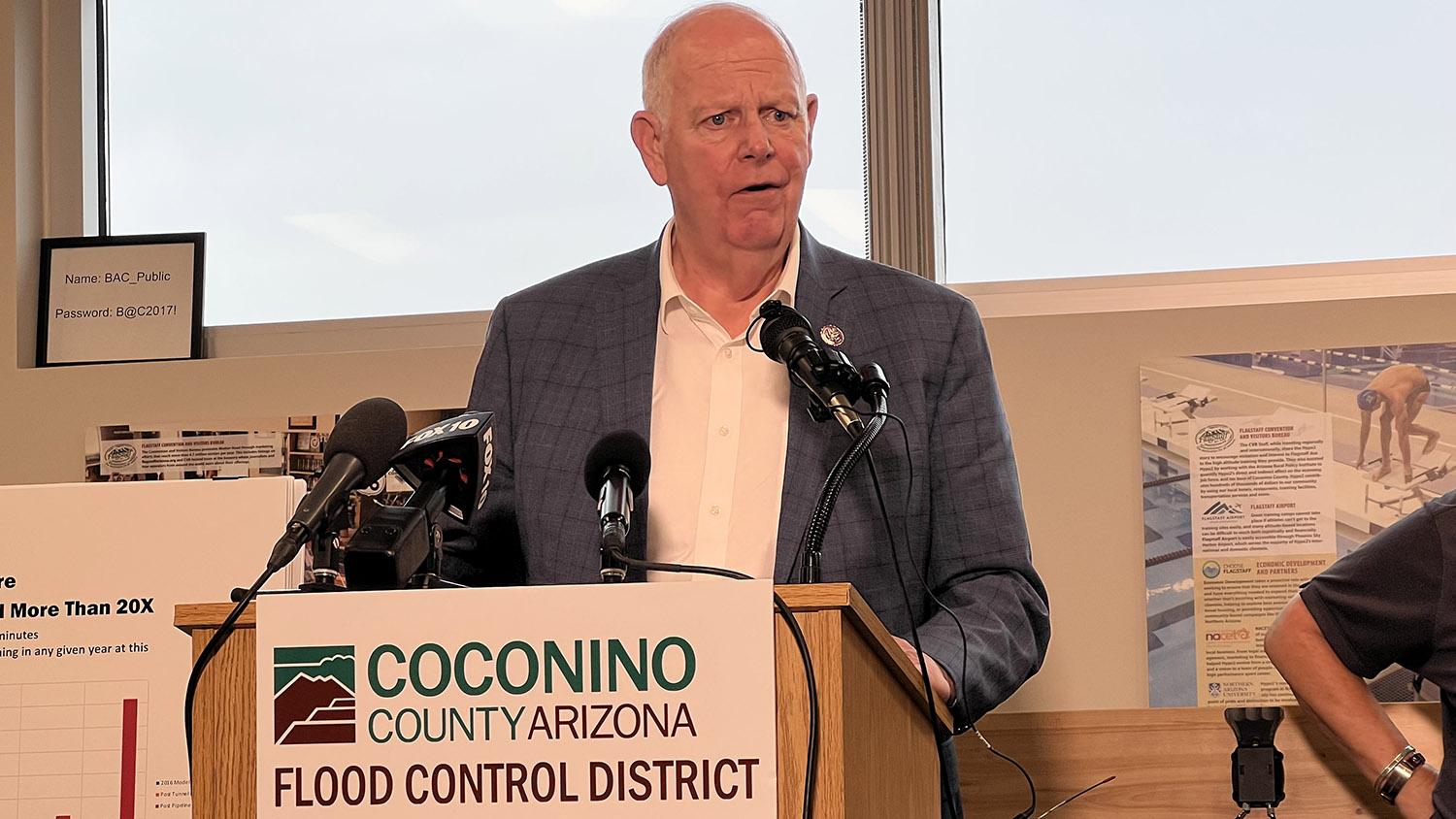