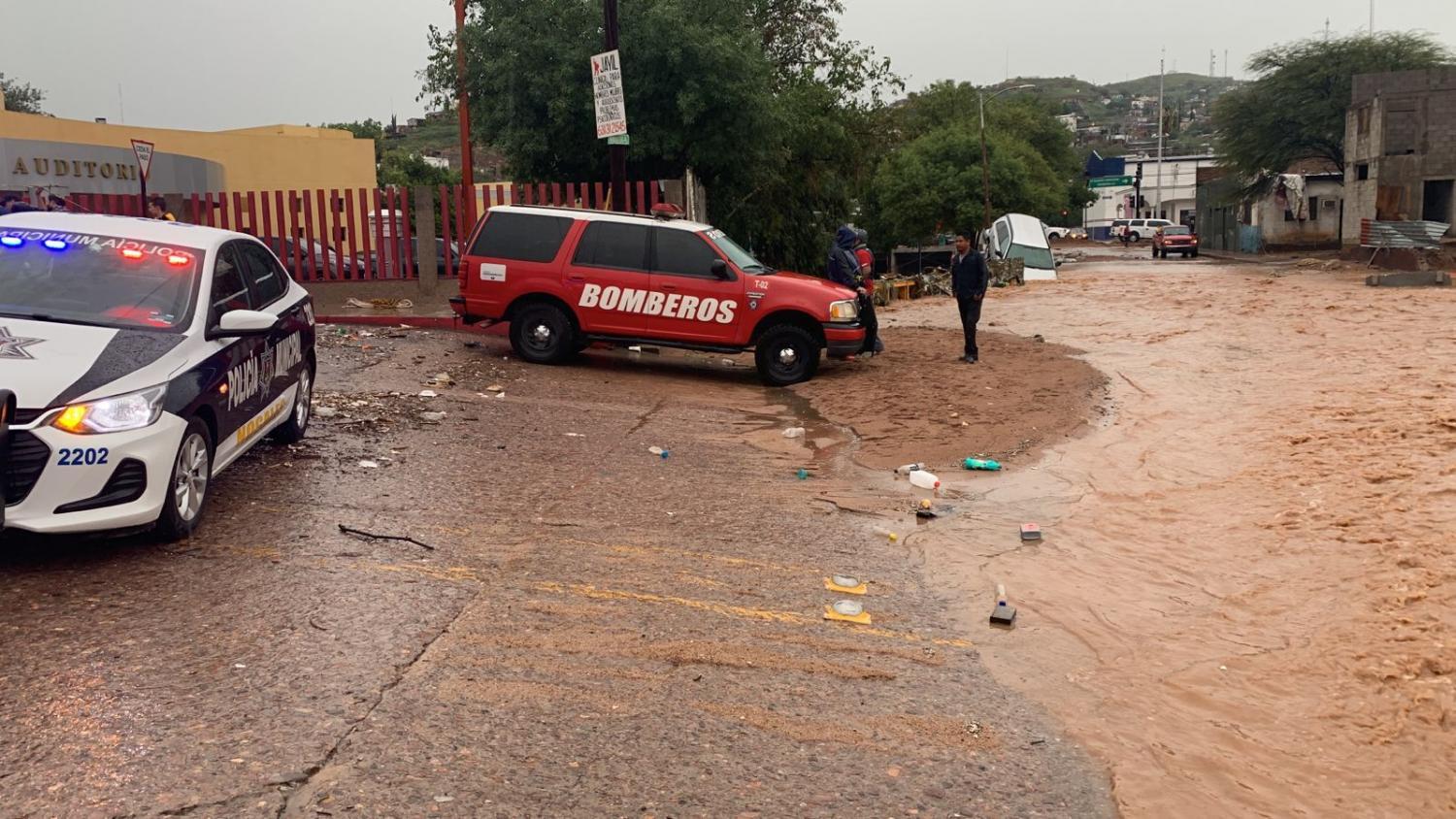 Gobierno de Sonora
Authorities respond to an emergency in Nogales, Sonora, where flooding has claimed 10 lives so far this year, according to Governor Alfonso Durazo.

Three people died in Nogales, Sonora, this weekend as streets flooded amid heavy rains. Flooding has long been an issue in the city, and leaders say they are preparing to fund major infrastructure projects to address the situation.

The victims were two girls, ages 6 and 8, and a 56-year-old woman. All three were trapped inside vehicles at the time of their deaths.

During a visit to Nogales on Monday, Gov. Alfonso Durazo acknowledged that such floods have been an issue in the city during the summer monsoons for decades, washing away vehicles, destroying property and sometimes claiming lives.

So far this year, Durazo said, 10 people have died as the result of flooding, with more than 50 others rescued from dangerous situations.

Now, he said, his administration is working to secure some $28 million in loans to carry out major infrastructure projects, including dams, retention ponds and bridges, to prevent future tragedies. He said they are preparing to begin construction as soon as the rainy season is over so that work can wrap up before monsoons start again next year.