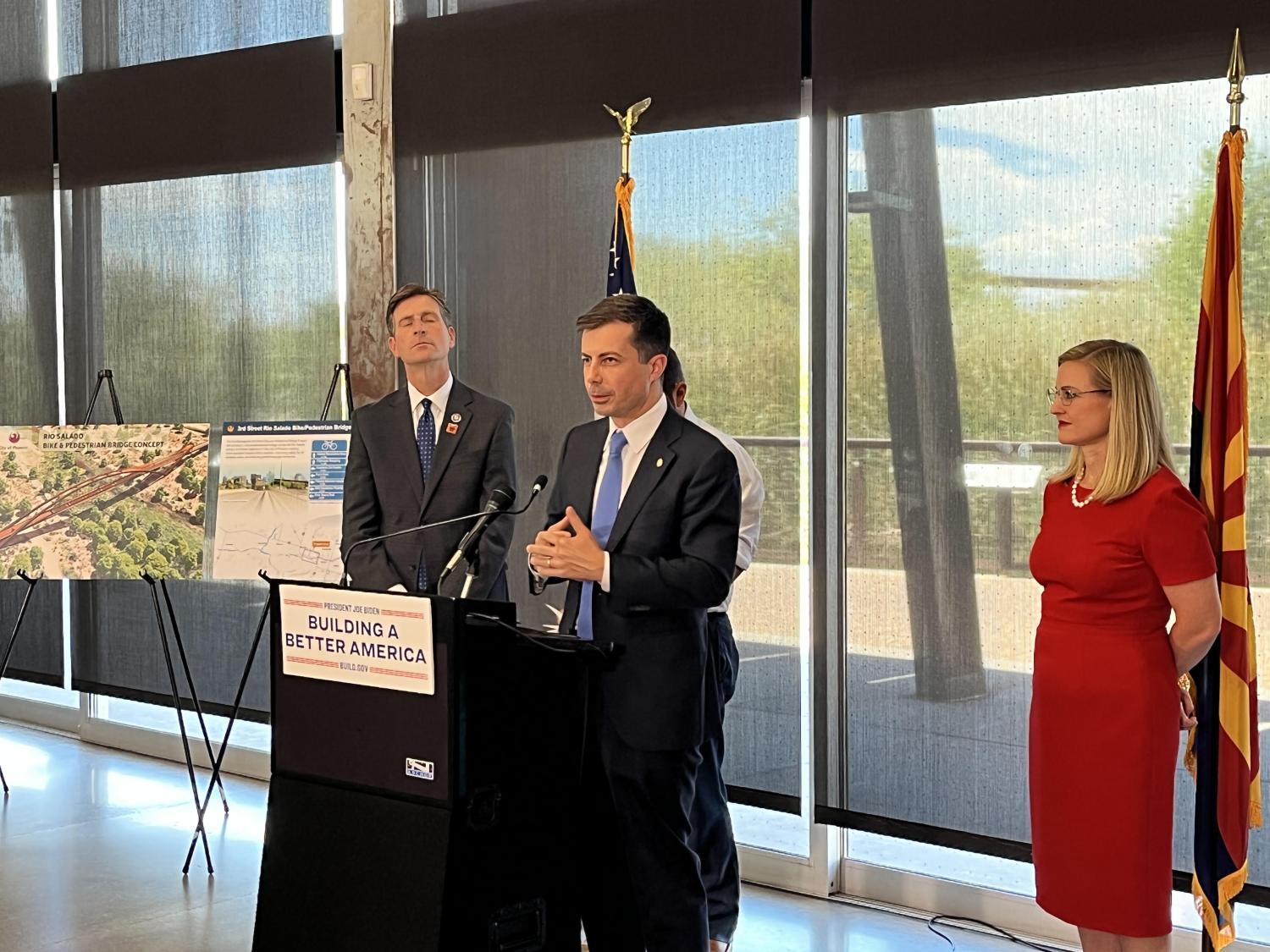 The U.S. Department of Transportation has awarded the city of Phoenix $25 million to build a bike and pedestrian bridge over the Salt River, connecting south Phoenix to downtown.

The bridge will connect the north and south banks of the Rio Salado trail systems at Third Street.

“This is the first bridge of its kind over the Rio Salado,” Transportation Secretary Pete Buttigieg said. “When it's complete, residents will have a safe, convenient way to walk to bike or to use a wheelchair to get across the river with greater access to all of the jobs, the services, the schools, the opportunities that are along the way.”

Officials did not provide a timetable for when construction of the pedestrian bridge would begin. Phoenix Mayor Kate Gallego said construction would have to coordinate with the south central extension of the light rail system, currently underway on Central Avenue.

The grant is one of four awarded to Arizona as part of a $2.2 billion infusion of funding from the Bipartisan Infrastructure Law.

Earlier in the day, Buttigieg was in Tucson to announce a $25 million grant to replace a bridge as part of the city’s 22nd Street revitalization.

“This is a program that recognizes that many of the most interesting and compelling ideas and designs and plans aren't going to come from Washington, but more of the funding should,” Buttigieg said.