With Sinema on board, AZ groups push for Democrats' economic, climate and health care bill 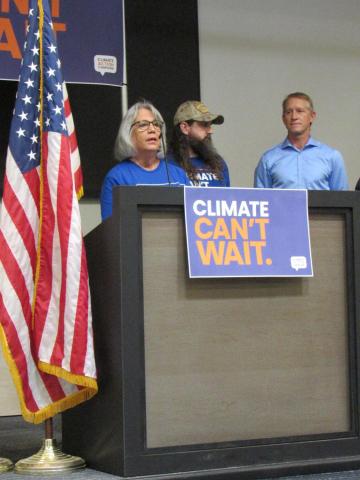 Democrats in Congress are expected to hold votes this weekend on a major economic, health care and climate bill.

A late-week sign-off on the package by Arizona Sen. Kyrsten Sinema came the night before a local news conference planned to press her and Sen. Mark Kelly for their support.

Many speakers at UA Local 469 cheered the sweeping package as an effort to confront climate change with clean energy investments.

“This is a major step toward a sustainable Arizona and a better future for workers who call it home,” said Vasquez.

Democrats hope to pass the roughly $730 billion package with a simple majority by using a process that makes it immune to the Senate’s 60-vote requirement to defeat a filibuster.