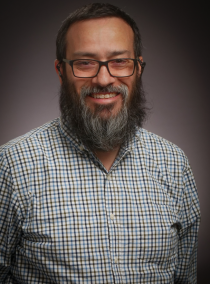 Frisk, who was hired in March, oversaw the election in Pinal County, when voters in several cities and towns were mailed ballots with missing or inaccurate local races.

Then on Tuesday, several polling places ran out of ballots, leaving voters forced to wait as the county struggled to quickly issue more ballots — or leave and miss their chance to vote if they were unable to come back later.

“We just, we didn't order enough ballots. It was always a guess,” Volkmer said. “And we didn't guess on the side of making sure we had plenty of ballots, and that's the mistake that the county made.”

Volkmer said Wednesday that the county was working closely with Frisk to ensure the problem wouldn’t happen again during the November general election. And he repeatedly brushed aside questions of whether there was malicious intent behind what he described as a basic “human error.”

By Thursday morning, Pinal County officials issued a statement that Frisk was fired and would be replaced by Virginia Ross, a longtime county recorder who oversaw elections in the role in 2014 and 2016 — before the county created the role of elections director in 2017.

Frisk’s firing met the demands of the Republican National Committee and the Arizona Republican Party, which had called for his dismissal.

“Frisk’s removal is an important step towards restoring Arizonans’ faith in their elections,” RNC Chairwoman Ronna McDaniel and AZ GOP Chairwoman Kelli Ward said in a statement. “The election failures observed by our joint election integrity program during Arizona's primary were unacceptable and underscore why transparency at the ballot box is so important.”

Frisk was the third elections director in Pinal County in the last two years – he was hired after the two previous directors left, including a director who served for five years and quit after the 2020 vote. Frisk’s office was also severely understaffed at the time of his hire.

State and county Democratic leaders said Pinal County’s election errors were the direct result of the state underfunding and “dangerous conspiracy theories” perpetuated by Republicans that have contributed to an exodus of election workers since 2020.