After decades of talk and planning, Goodyear has officially opened its civic square, the result of a public-private partnership to create a downtown destination.

A new four-story city hall is at the center of Goodyear Civic Square with an attached two story library. Just outside is a two-acre park with a water feature, games and art fixtures.

Goodyear city manager Julie Karins calls it a legacy project that generations will enjoy, “Its a place where family and friends will gather to enjoy community events with a hometown feel with public services and an amazing library.”

The Globe Corporation donated land for Goodyear to build the park and city hall while the company built a three story office building and parking garage. Globe owns about 180-acres of land in and around civic square and expects to add restaurants, retail and housing.

In a press release, George Getz, president and co-CEO of Globe Corporation, said, “My family bought a section of farmland in Goodyear back in the 1970s. It’s hard to believe that what once was a scallion farm has become the heart of the city.” 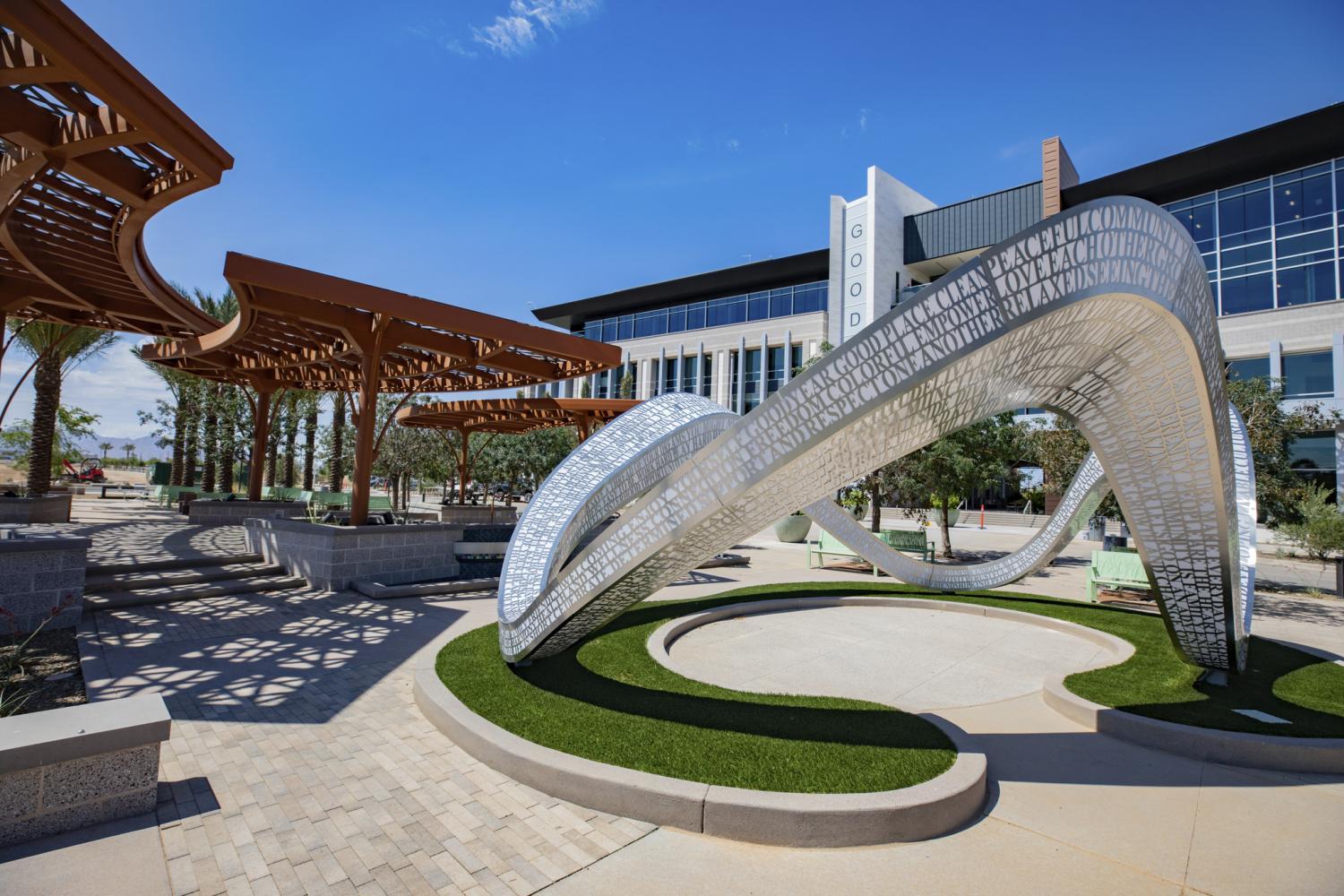 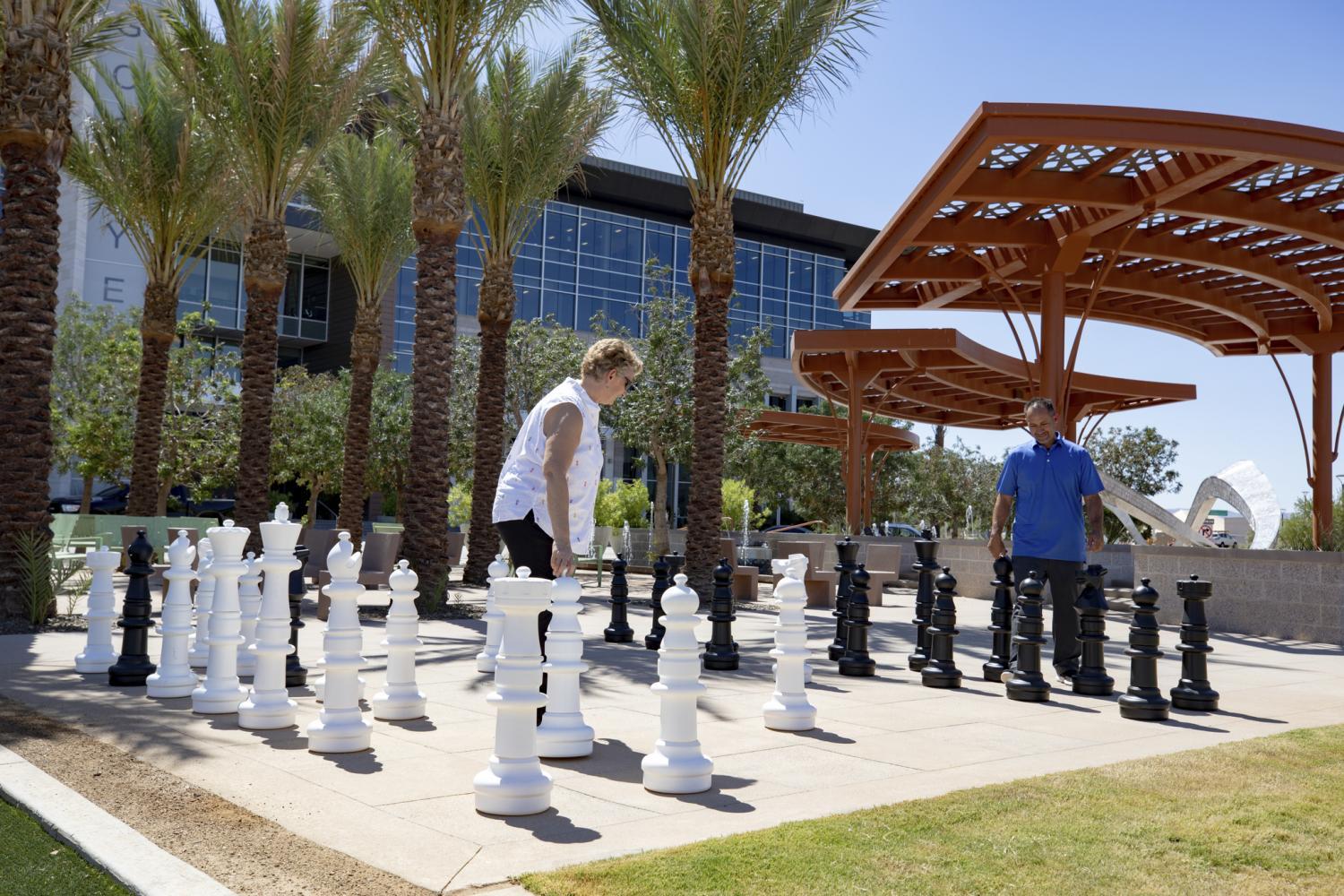 City of Goodyear
Visitors can play life size chess outside the library at Goodyear Civic Square. 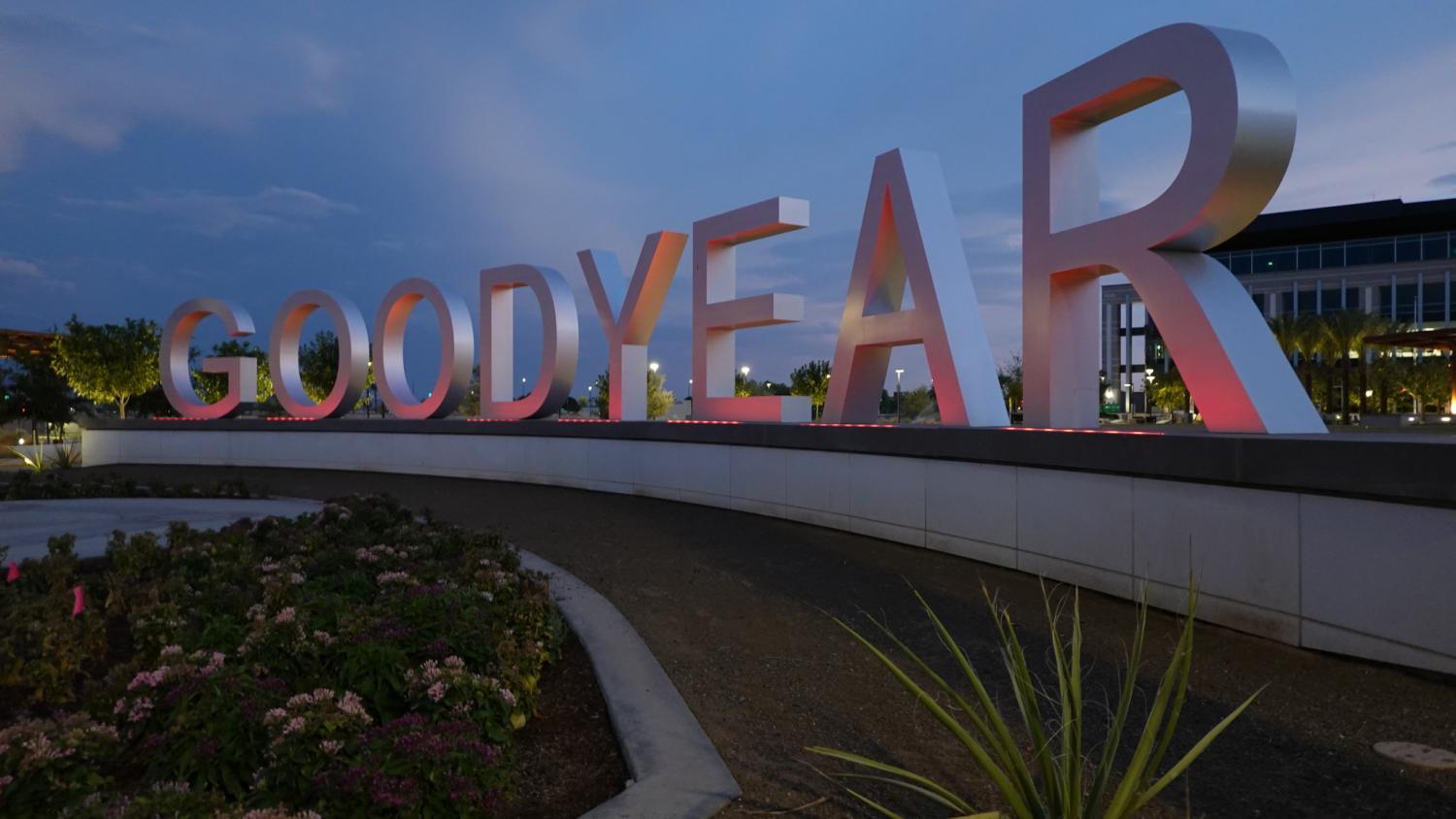 City of Goodyear
Each metal letter at the entrance of Goodyear Civic Square is six feet tall.
Business