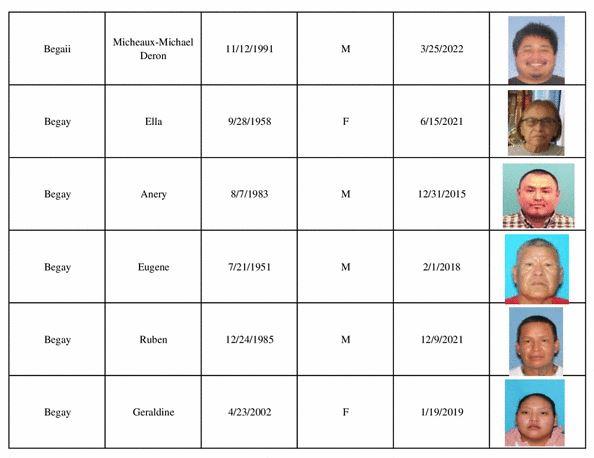 FBI
The FBI, in an effort to improve the reporting of missing persons on Indian Country, released a list in July 2022 of more than 170 Native Americans it has verified as missing throughout New Mexico and the Navajo Nation.

On a regular basis, law enforcement officials are tasked with finding out what happened to people who are missing without explanation from their homes and communities. The problem is significantly more dramatic among the Indigenous population.

In response, the FBI in Albuquerque, New Mexico, last month released a list of missing Native Americans in that state and the Navajo Nation. The list included more than 170 people. As part of increasing the possibility of more people knowing about it, the FBI produced a radio public service announcement in the Navajo language.

The Show spoke with Frank Fisher, longtime public affairs specialist for the FBI in New Mexico, about the timing of compiling and releasing the list publicly now.