Valley's big dig: Getting ahead of Broadway Curve improvements 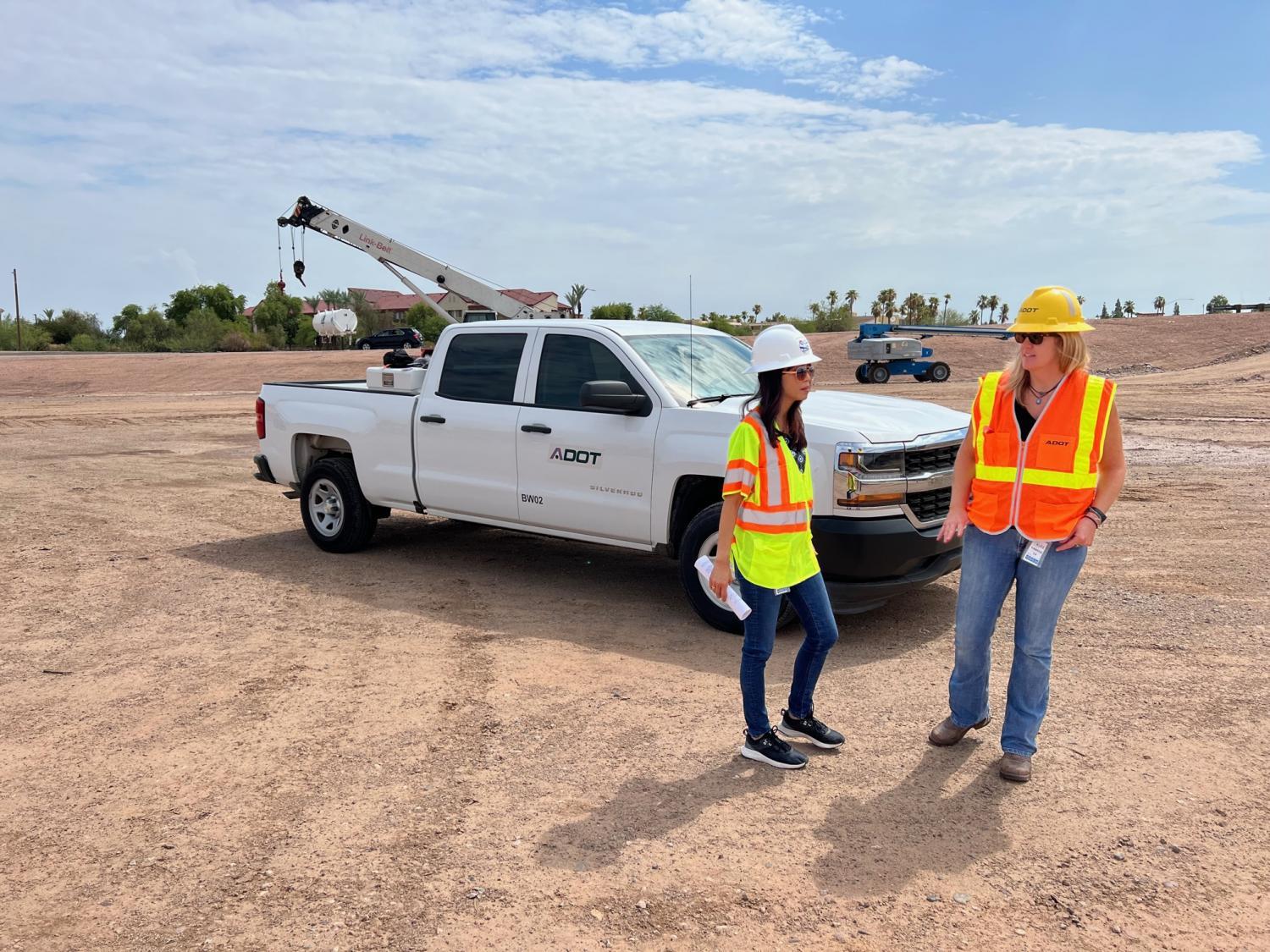 As perhaps the most recognizable junction in Arizona, it seems everyone knows the Broadway Curve.

The Arizona Department of Transportation’s Julie Gadsby has gotten to know it all too well. She is the construction manager for the massive $776 million improvement project surrounding the curve.

“For anyone who has driven through this, there’s a lot of weaving once you’re between [U.S.] 60 and I-10 here, and so for safety we wanted to improve it,” Gadsby said.

More than 300,000 vehicles pass through this big bend each day. The construction project is one of the most expensive and extensive in the state’s history and actually extends several miles from Loop 202 to the Interstate17 split.

The undertaking involves three different freeways and will take four years from start to finish.

According to Quinn Castro with the Maricopa Association of Governments, which handles planning for the project, it’s well worth the wait.

“By 2025, this is going to reduce people’s commute by 25% during rush hour. And it’s going to improve access to 4,500 businesses on the corridor,” Castro said. 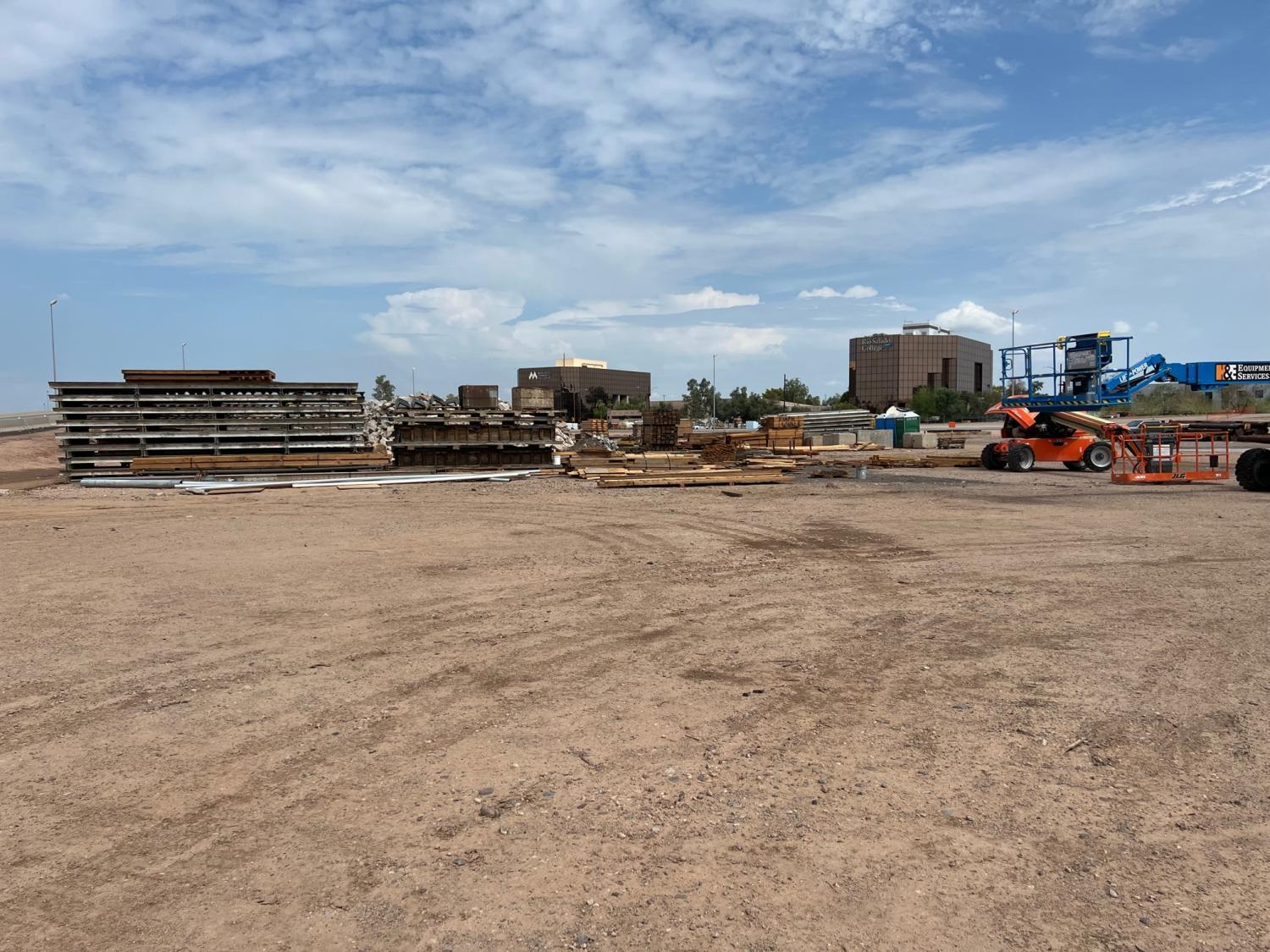 Phil Latzman/KJZZ
The construction project is clearing the way for a multi-lane expansion at the Broadway Curve.

The main objective is to widen Interstate10 significantly between Ray Road and I-17. It also involves rebuilding interchanges, bridges and adding two pedestrian and bike bridges.

“I-10 in this section extends 11 miles through the heart of Tempe and the city of Phoenix, a little bit of the town of Guadalupe and the city of Chandler. And it while it doesn’t seem like very many miles of freeway, it’s a huge impact to our economy,” Castro adds.

The improvements were planned before the pandemic and before inflation took hold.

Gadsby said any later, and the entire project could have been in jeopardy.

“If we had waited two years, knowing the risk that happened, we would have paid more. I can’t say how much,” Gadsby said.

And while traffic saw a precipitous drop in 2020, demand has already returned to pre-pandemic levels and is expected to increase by 75,000 motorists per day by 2040. 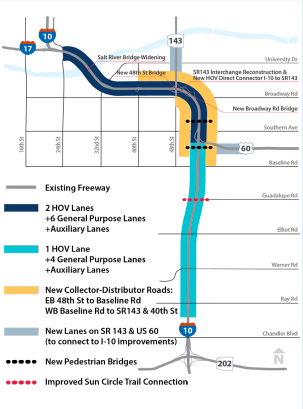 The project began almost exactly a year ago and during an online forum, residents wanted to know more, including Jackie in Phoenix who wondered about improving access for bicyclists and pedestrians?

“We are building two new pedestrian bridges over I-10 between Broadway Road and Baseline Road and we’re also improving and widening Guadalupe Road to connect the Sun Circle Trail, which is a 300-mile long trail that is often used by hikers, equestrians and mountain bike riders,” said McMacken.

Another concern raised was air quality and environmental impacts. With Phoenix Sky Harbor Airport close by in an already heavily trafficked area, how do they prevent it from getting worse?

“By adding the extra capacity, we actually think we’ll improve air quality by allowing the traffic to pass through sooner," Gadsby said. 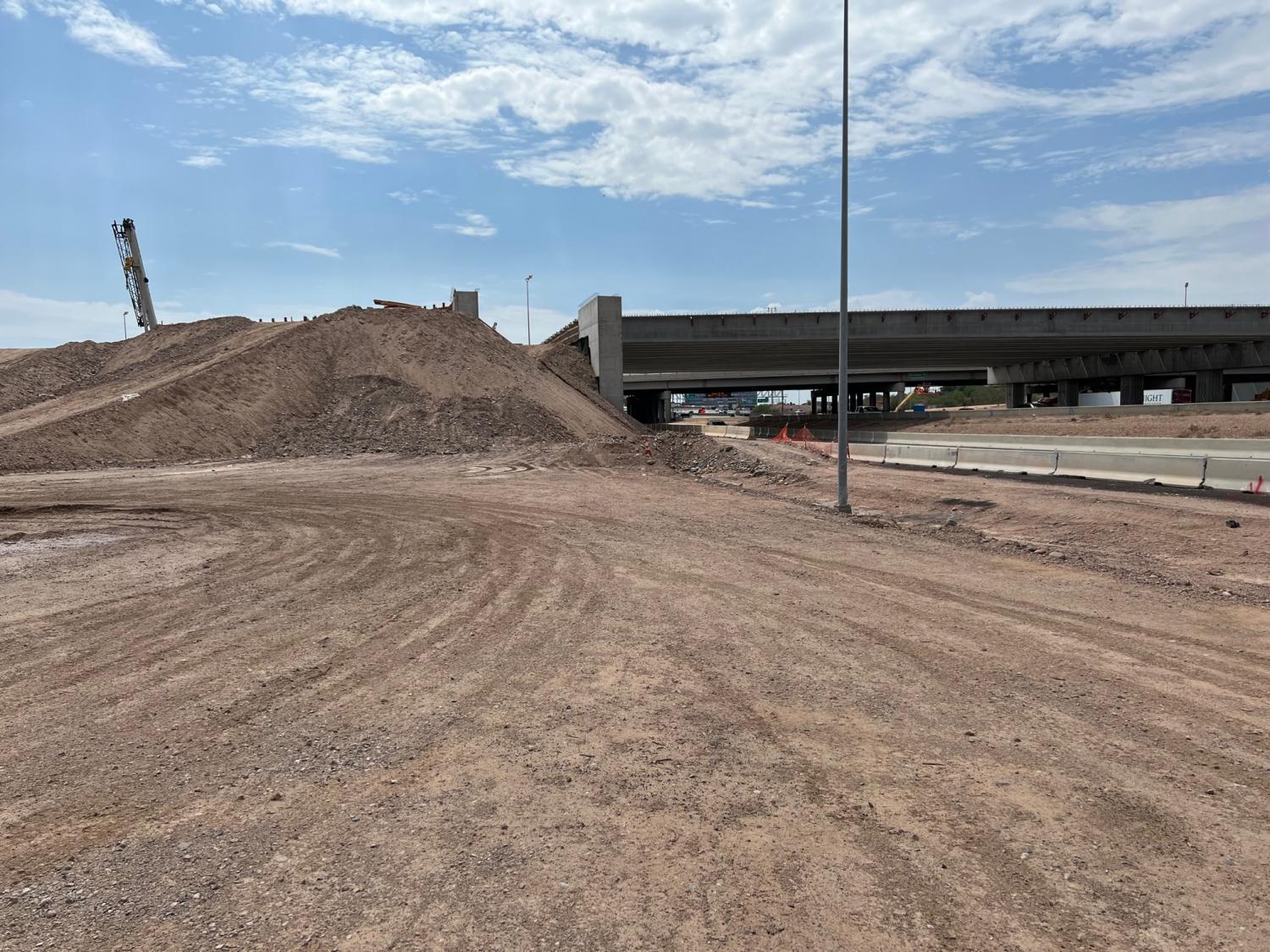 Phil Latzman/KJZZ
Among the improvements, a new bridge is going up over 48th Street and Broadway Road.

Most of the work that’s being done happens while many of us are sleeping, in the middle of the night.

“We have to close the freeway down overnight and sometimes on weekends in order to ensure the safety of motorists. That’s why a lot of the work is conducted overnight,” said McMacken.

The project is being paid for by a half-cent tax in Maricopa County, which is in danger of expiring in 2025 after Gov. Doug Ducey vetoed a bill that would have given voters the chance to extend it, putting future projects in jeopardy.

The four-year undertaking is now in its second year and is expected to continue through 2024. Already ADOT says girders for a new bridge have gone up at 48th Street and Broadway Road, a 75-foot utility pole has been relocated, and sound block walls are going up.

In the next phase, crews will reconfigure ramps, begin construction of collector-distributor ramps and continue the process of widening a stretch of I-10 south of downtown Phoenix from four to six general purpose lanes and two HOV lanes.

You can track its progress at i10broadwaycurve.com. 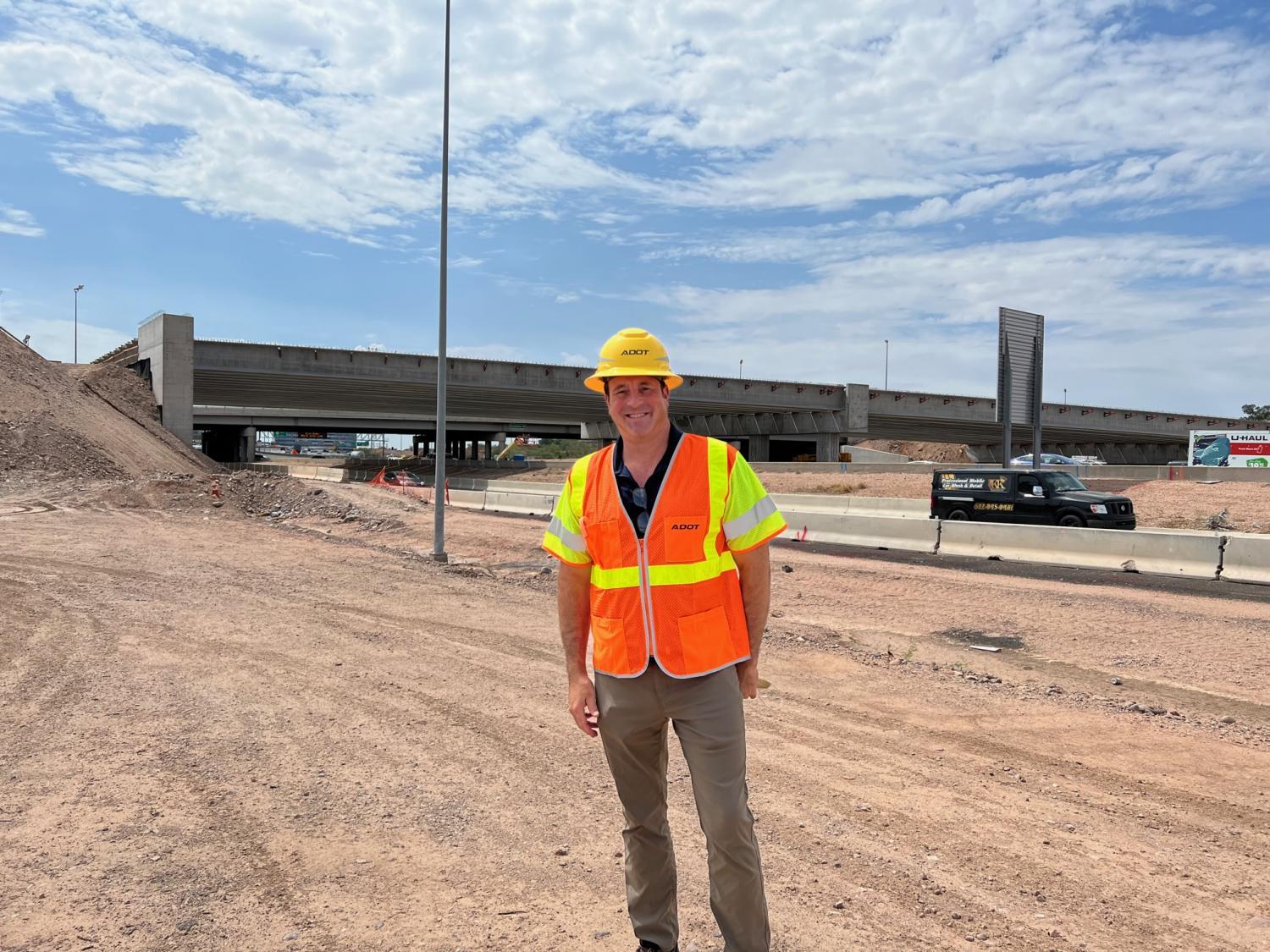