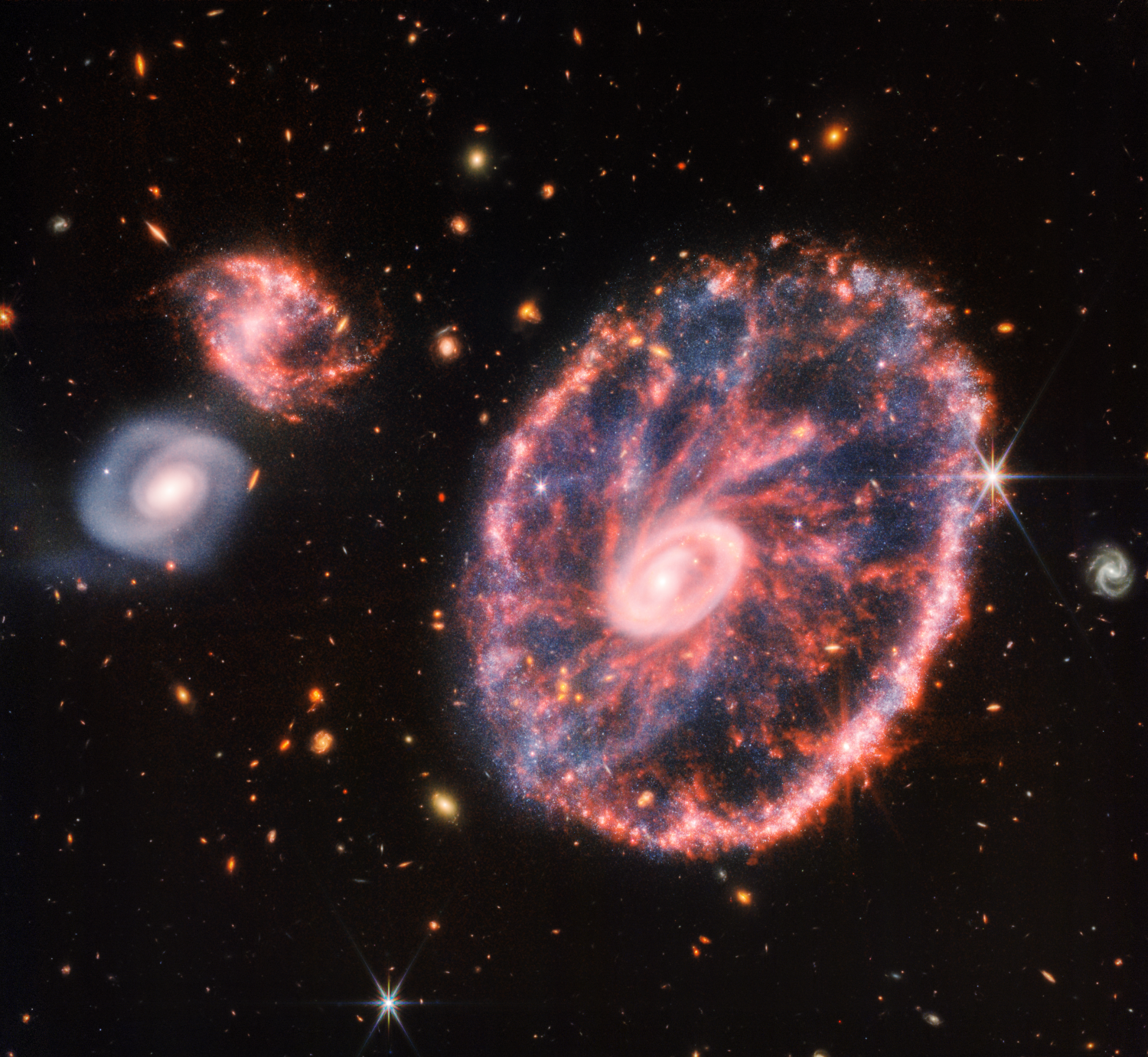 NASA, ESA, CSA, STScI, Webb ERO Production Team
This image of the Cartwheel and its companion galaxies is a composite from Webb’s Near-Infrared Camera (NIRCam) and Mid-Infrared Instrument (MIRI), which reveals details that are difficult to see in the individual images alone.

A little less than a month after NASA released its first images from the James Webb Space Telescope, the agency has unveiled new images showing a far-off galaxy in the shape of a wheel.

The so-named Cartwheel Galaxy shows a ring in the center and outer perimeter made of stars, with strands that look like spokes made of more stellar masses and dust.

It got its shape from a collision with a smaller galaxy that will continue to change the shape of the structure.

While the Hubble Telescope was able to capture its own image in 2018, a lot of dust had obscured pictures from revealing much detail.

However, tools developed partially by University of Arizona were able to see in the infrared light. Those can see past the dust to show a more spectacular and colorful image of the body that is 500 million light years away. 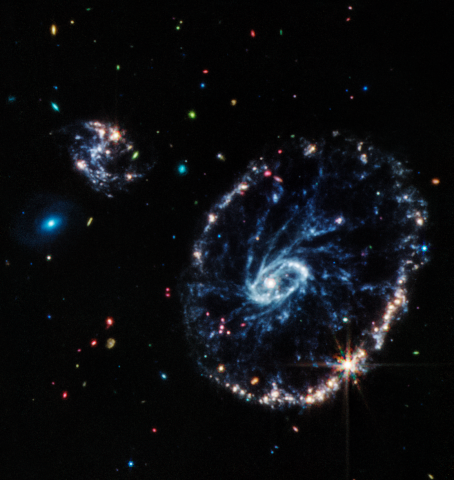 NASA, ESA, CSA, STScI, Webb ERO Production Team
The Cartwheel Galaxy, located 500 million light-years away in the Sculptor constellation, shows a ring in the center and outer perimeter made of stars.
Science