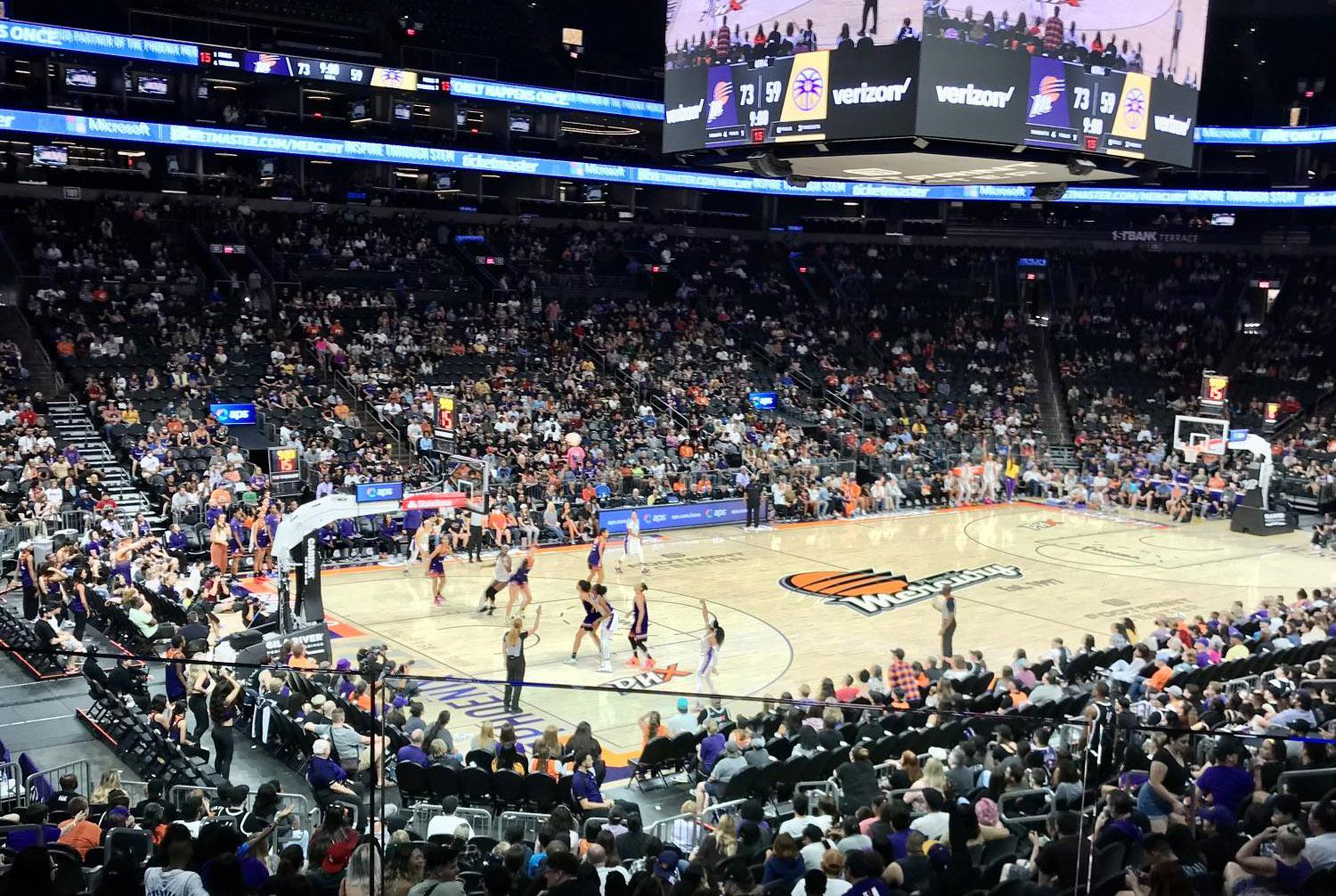 Matthew Casey/KJZZ
The Phoenix Mercury play the Los Angeles Sparks at the Footprint Center on July 28, 2022.

The home of the Phoenix Mercury is a newly remodeled downtown arena. Near where fans entered to watch the team play the L.A. Sparks, a shoe-drive that Brittney Griner has organized with the Phoenix Rescue Mission, went on in her absence.

“I donated three times, but one of the times I collected 94 shoes,” said the soon-to-be seventh-grader who loves basketball.

Odom’s team is the Mercury, which is an original WNBA franchise that’s won three more championships than their NBA brother the Phoenix Suns.

But this season players have had to learn to win without Griner’s unique abilities. 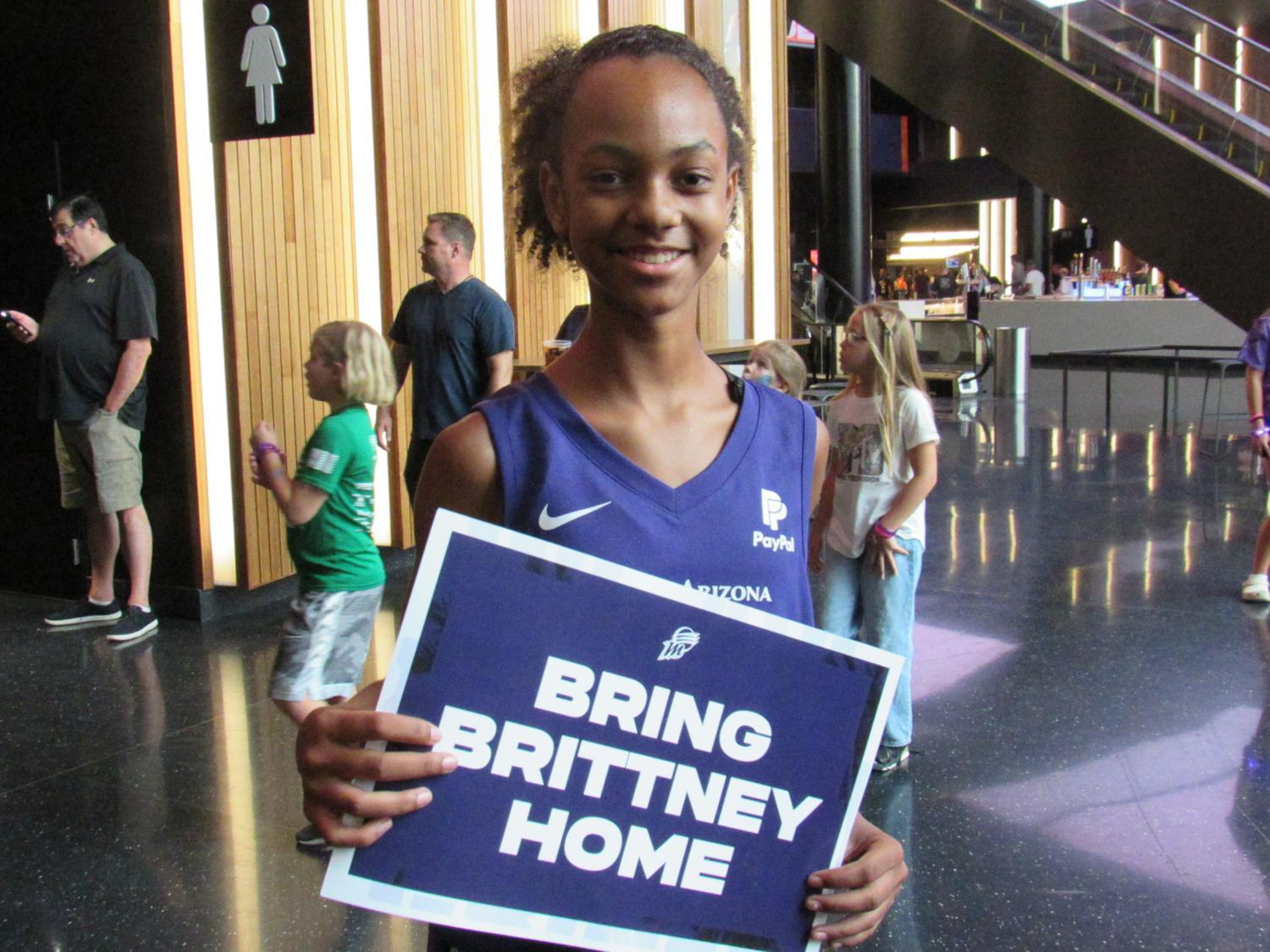 Matthew Casey/KJZZ
Zariyah Odom is about watch the Mercury play at the Footprint Center after having dropped off footwear to a shoe-drive.

The Mercury are in crunch time to reach the playoffs for the tenth straight season. And without star player Griner, who’s missed the entire season, detained in Russia after cannabis oil was found in her luggage in February.

“[Griner’s teammates] are all obviously affected, as you see on social media. But they’re trying their best to do their best,” said Odom.

Fans and players long for Griner to return home safely. New hope came this week when it emerged that the United States has offered to trade Russia an imprisoned arms dealer for Griner and another American.

The PA announcer often called Mercury fans the X-Factor, and he rallied them to their feet as the game was about to start.

Season ticket holder Patty Talahongva sat near mid-court wearing a T-shirt from Griner’s first game with the team. Not the only souvenir she brought.

“So, this is a signed photo of Brittney Griner’s face,” she said.

Talahongva has met Griner more than once and has pictures to prove it. She said Griner will autograph just about anything fans ask her to. 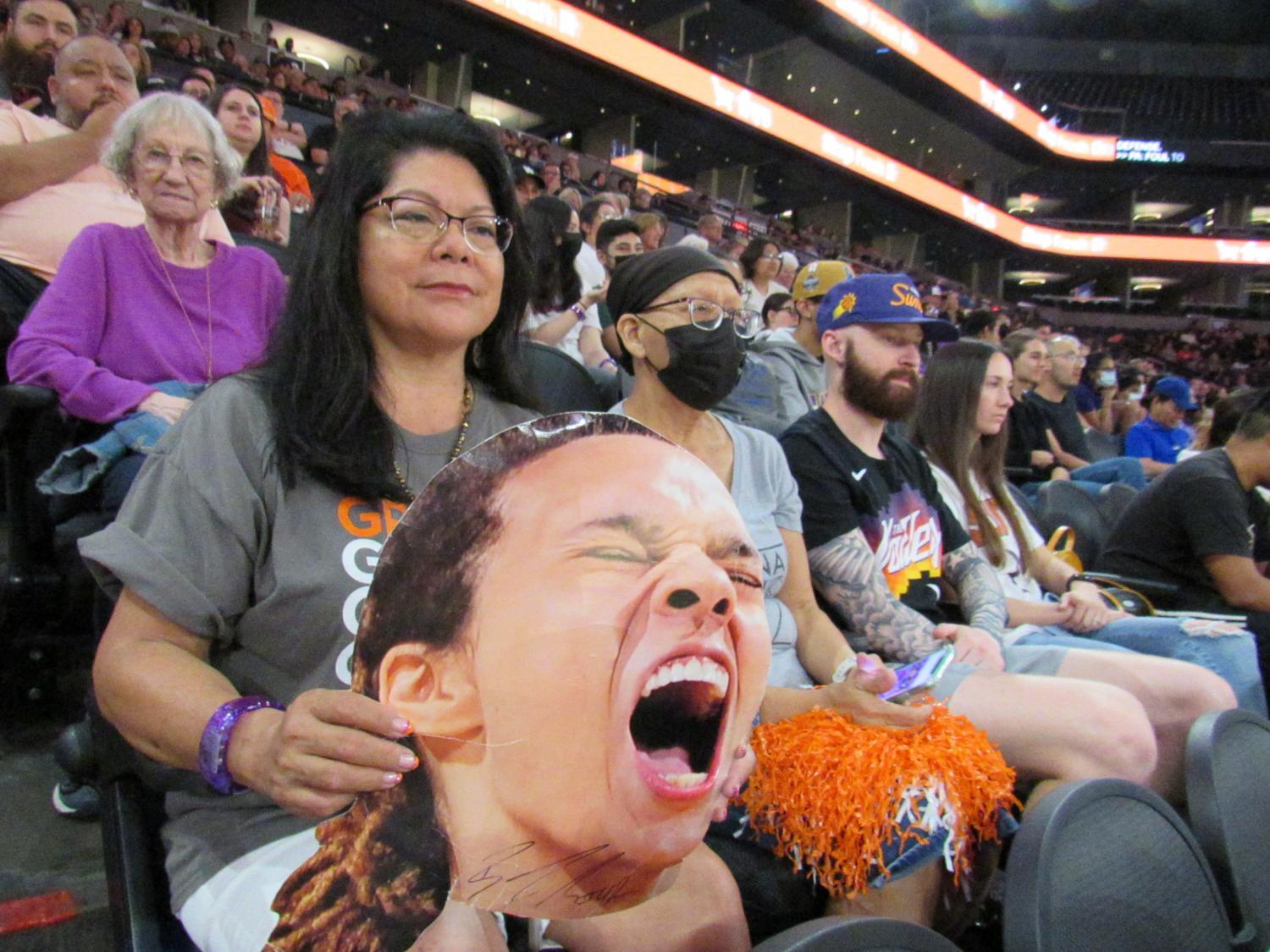 “She is not forgotten, and people care about her. We want her back safe and sound. And we want to see her back on the court, if that’s possible,” said Talahongva.

On the other hand, Talahongva noted that Griner has been through hard times before and could return home even stronger.

“What I would say to Brittney is that X-Factor has your back,” she said.

Another season-ticket-holding fan of Griner is also a world-champion racquetball player. Rhonda Rajsich has been paid pennies on the dollar compared to a male counterpart. She knows it’s why elite women basketball players like Griner have to go abroad.

“It’s completely out of line. Completely out of balance and needs to be rectified about 15 years ago,” said Rajsich during a halftime interview in which she expressed hope that Russia will accept the U.S. offer and release Griner.

“Do whatever you have to get her home. She’s been gone way too long already,” said Rajsich. 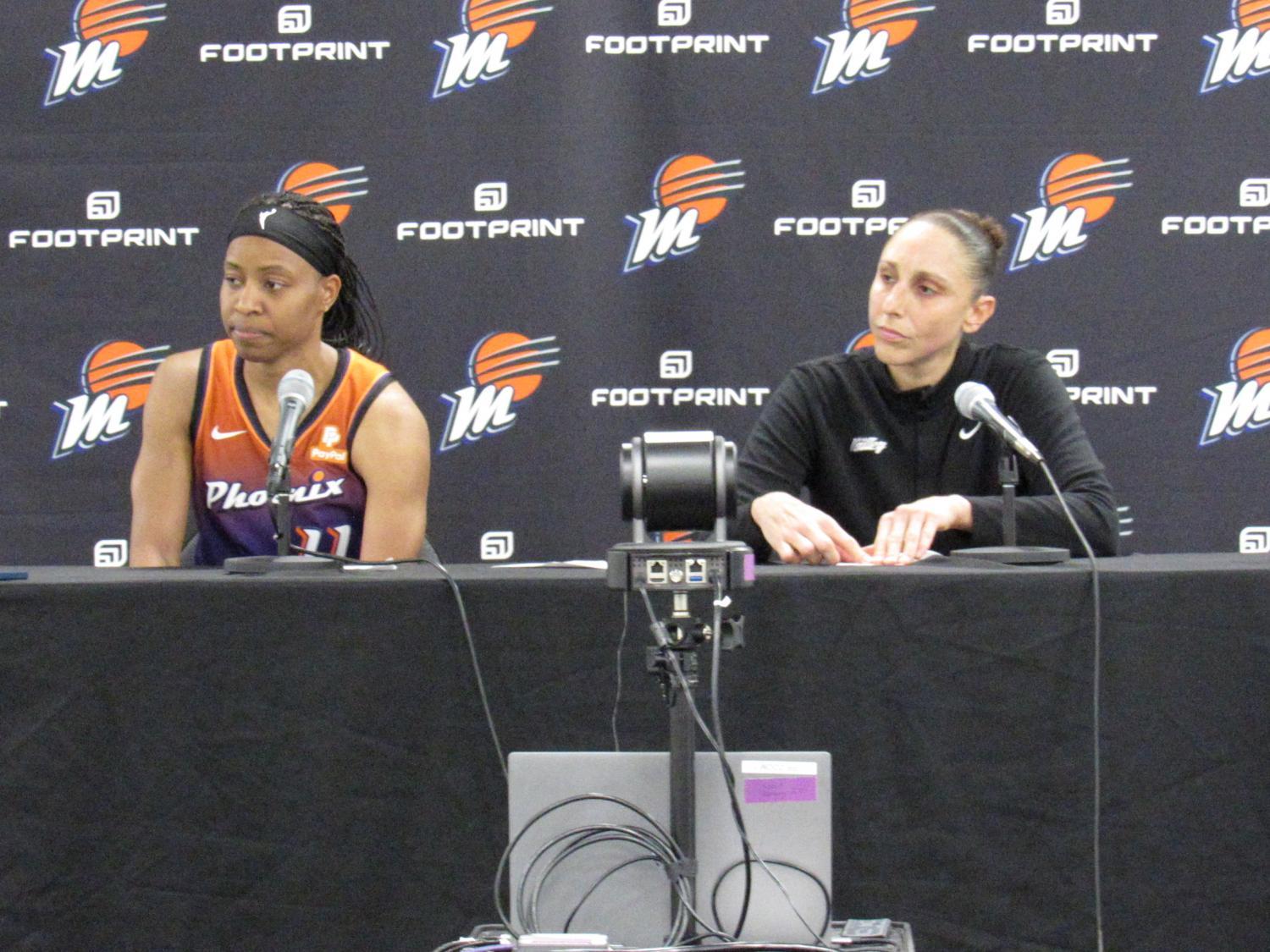 The second half grew heated among the players, but the game was never really close. The Mercury notched their second win in a row and were led in scoring by the ageless Diana Taurasi.

At a postgame news conference, Taurasi called the U.S. pitch to free Griner a huge step.

“You know these things, as we know, and as we see now, aren’t as cut and dry as we would think it would be,” said Taurasi, who has been named the greatest WNBA player of all time by ESPN and is expected to soon retire.