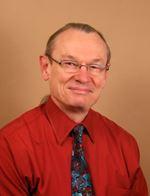 New data from the World Health Organization and UNICEF shows childhood vaccinations have sunk to their lowest level in three decades.

"Things are getting worse and worse with regard to acceptance of immunization," said Dr. Bob England, interim executive director of the Arizona Partnership for Immunization.

As an indicator of overall immunization, analysts looked at how many kids received three doses of the DTaP vaccine against diphtheria, tetanus and pertussis (whooping cough).

The Centers for Disease Control and Prevention recommends infants and children receive before the age of 7.

Locally, measles vaccines are another source of concern. In Arizona, less than a third of kindergartens have hit the 95% threshold needed to impede a measles outbreak — especially charter schools and higher-income districts.

“We’re kind of sitting ducks for a measles outbreak if we get measles imported from somewhere else,” said England.

Yuma and Santa Cruz counties top that threshold and have the highest vaccination rates against measles, mumps and rubella (MMR). Yavapai County MMR rates fall below 75%, and nearly one-tenth of its kindergarteners are unvaccinated.

Experts attribute the shortfalls to lack of access, increased misinformation and COVID-19 related issues like supply chain disruptions and diversions.

England says access continues to be a problem in Arizona. Many people work multiple jobs to make ends meet and cannot get time off.

“But on top of that, we've got this phenomenon of increasing vaccine hesitancy that really got a big push from the anti-immunization messages about the COVID vaccine,” he said.

Arizona's immunization rates were worse 30 years ago. They improved under the federal Vaccines For Children (VFC) program, which offers vaccines at no cost to children who might not otherwise get them. But England said increasing hesitancy and and growing complexity in the VFC now make it harder and harder for private providers to participate.

"It's a money loser and a hassle," he said. "So, if your pediatrician provides vaccines, thank them, because almost every practice loses money on that deal."