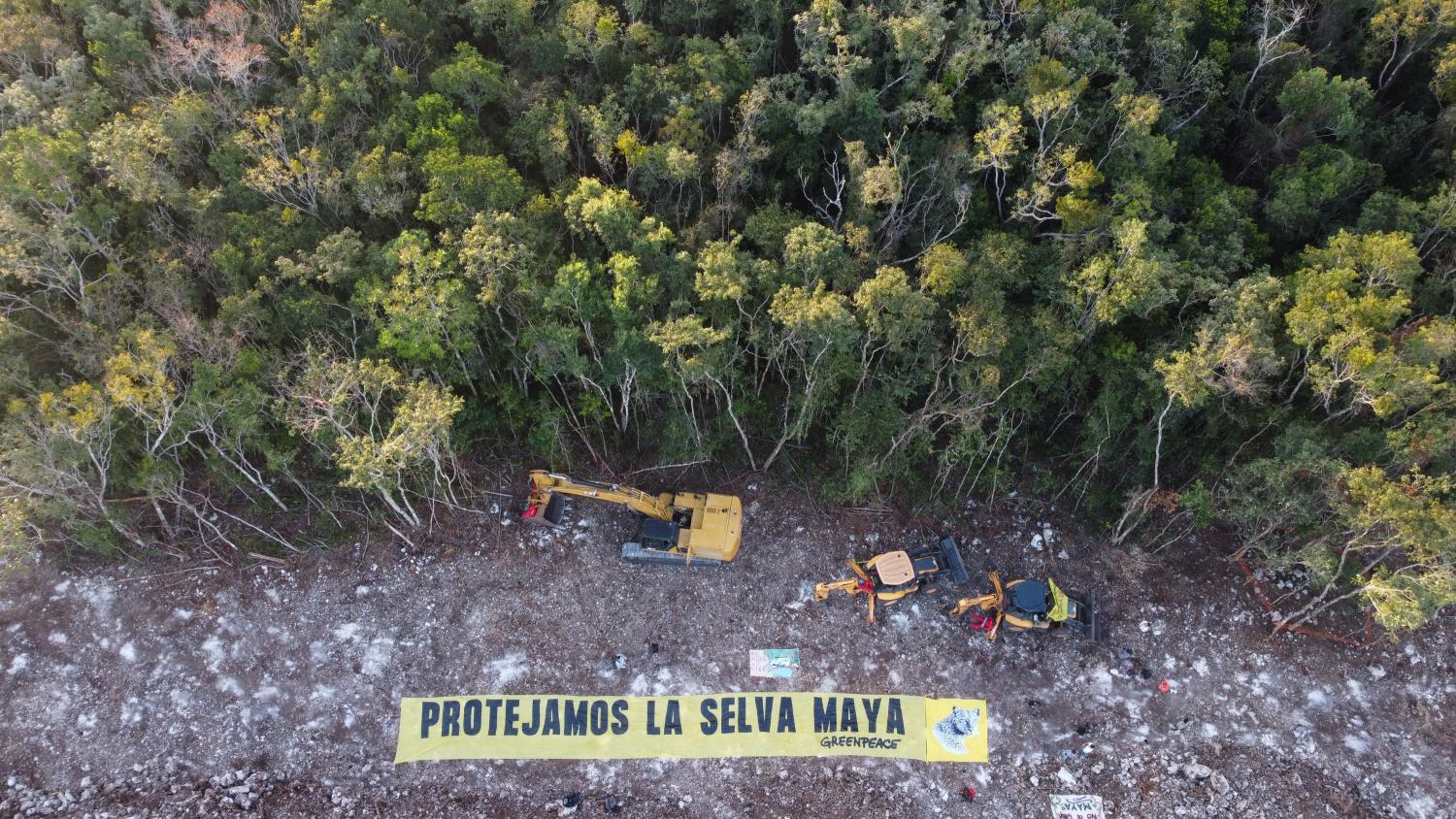 Paola Chiomante/Greenpeace
Construction of the Maya Train has been controversial in Mexico due to a lack of environmental assessments and concerns over habitat loss.

The Mexican government has restarted construction on a contested railroad project that had run into legal hurdles. Known as the Maya train, the railway has now been designated as a national security matter in order to continue work on the project.

This week officials confirmed that construction has resumed on the tourist train — that’s despite a May court order suspending work on what’s known as section five of the Maya train because it lacked an environmental impact statement.

Environmentalists, archeologists and others have opposed the train route because it tears through miles of jungle and jeopardizes fragile underground caves, known as cenotes.

The president is acting outside of the law by designating his pet projects as national security matters, said Alejandro Olivera, a senior scientist and Mexico representative for the Center for Biological Diversity, which filed a injunction, known as an amparo, alongside Greenpeace over train construction in April.