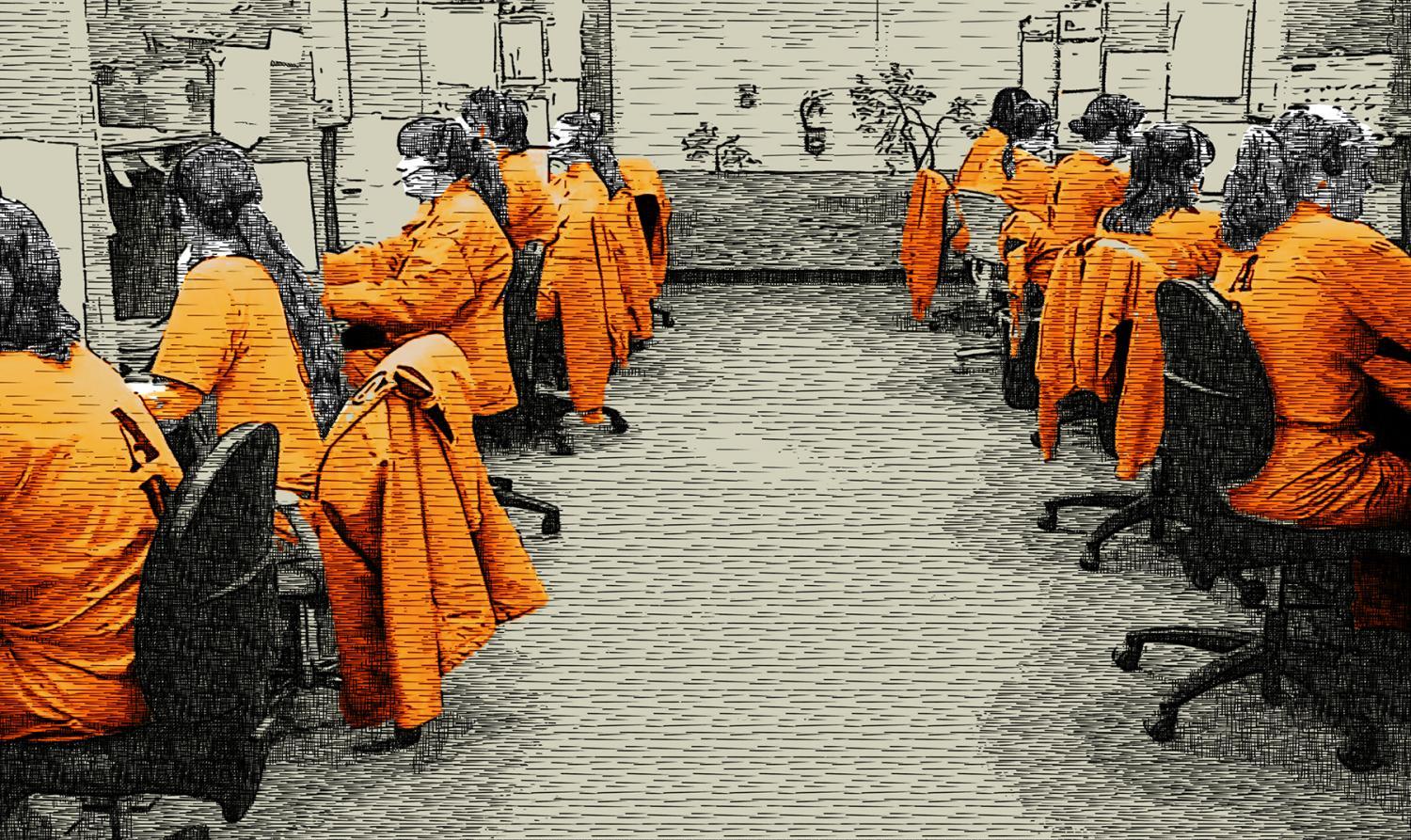 Lola N’sangou was a firefighter. Then, a wedding planner. She’s also a mom. Those jobs were done by choice. But her life shifted in 2003 after a car accident led to a prison sentence — and no longer having a choice in her work. Her story was uncovered as part of an investigation by the Arizona Republic and KJZZ.

N’Sangou was forced into working for the state. She taught, and sold inventory and software. And she was paid well below the minimum wage.

She’s one of thousands of people each year who go inside Arizona’s prisons and are required by law to work.

Many compare this to a kind of modern slavery. And the federal government doesn’t disagree. Federal trade law bans importing goods made by forced prison labor.

But within our own borders, incarcerated people are put to work for pennies on the dollar since the 13th Amendment allows slavery, so long as the people are prisoners.

In Arizona, the Department of Corrections learned it could use this captive labor force to bring in millions of dollars each year.

A yearlong investigation aimed, then, to find out how prevalent this was. 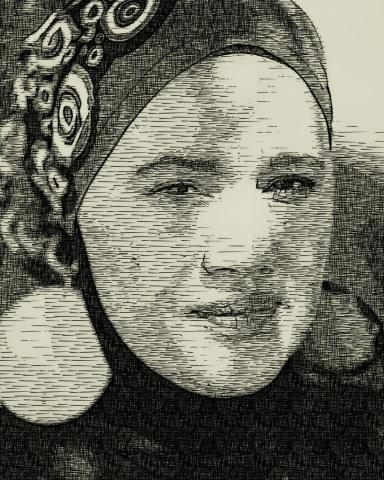 Merry Eccles/USA TODAY NETWORK, Antranik Tavitian/Arizona Republic
Lola N’sangou was a firefighter. Then, a wedding planner. She’s also a mom. Those jobs were done by choice. But her life shifted in 2003 after a car accident led to a prison sentence — and no longer having a choice in her work.

The used car you’re driving? That could’ve been detailed and refurbished by a prisoner. The salad you bought at the grocery store? Prisoners package them.

During N’sangou’s first few weeks inside, she went through the typical medical screenings and physical health tests. But she was also quizzed on her education and work history.

“While they were scoring me … somebody came to my desk and said… when you get out and hit the yard, you’ve got to go work for education, you could be a teacher," said N’sangou.

WIthin a few days, she learned how important it was to work. Not because it taught her skills, as the Department of Corrections claimed it did. But because nothing in prison was free.

A bar of soap became a luxury. For uncontaminated food, free of plastic or metal shards, she relied on the commissary. Tampons weren’t even a guarantee.

A majority of Arizona’s prisoners fall within a similar pay scale. They make 10-50 cents an hour. They teach, mop floors, pick up trash, or clean bathrooms.

But a small number get paid more. A lot more.

They work for a state-owned company called Arizona Correctional Industries, known as ACI. It makes its money by using prisoners to make goods for the state, such as license plates, chairs or bus stops. But it also sells prisoners to private companies that want cheap or captive labor.

When N’sangou was a few years into her sentence, she got hired for $5.25 an hour to an ACI job that was considered the best: Televerde, a high-tech telemarketing business that specialized in training incarcerated women to become elite salespeople.

Many women wanted the job, but only a few could get it. For one, it required a typing test, a high school degree and a phone interview. It also required a bit of schmoozing and prison politics.

For N’sangou, who came from the business world, it was second nature. For other women, the process was too much.

“I did see a lot of people’s self-worth get beat up in the process of, like, really putting everything they had. I mean this is their first real-life job,” she said. 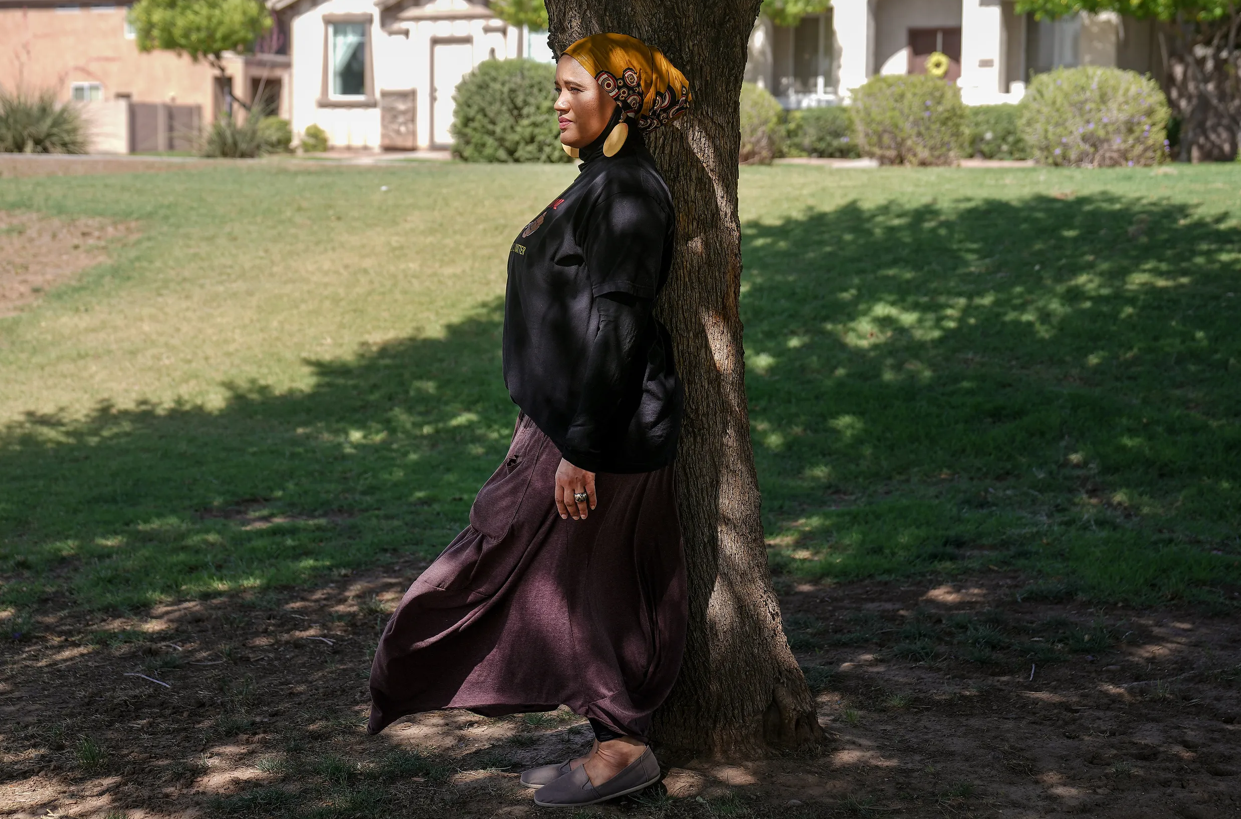 Antranik Tavitian/Arizona Republic
While she was incarcerated in Arizona, Lola N'sangou worked for Televerde selling software and other products to big tech companies.

N’sangou was also told to not even try to apply for the job because women on her prison yard said they don’t hire Black women.

Another woman, Marlo Kobylarek, said that it was difficult to stay hired if you weren’t pretty enough.

“Everybody that was pretty had that respect. Now, I was brought in on a lot of stuff only because — I mean, I’m not ugly, but I'm not pretty like them — but I was, I had a, just a really good way of landing those big-ass sales," said Kobylarek. I don’t know how, ’cause I’m not that smart, but I brought in salesforce.com, and I brought in Blackberry.”

But there are those who get hired who said that their job at Televerde helped them get out of prison with a middle-class salary. And gave them an opportunity they never would have had normally.

And other women — like Jeanette Hanafi — praised the company’s ethos, which varied dramatically from life inside prison.

“It's an opportunity to learn something new, and a lot of people, you know, thought beyond just money," Hanafi said.

But for N’sangou, and dozens of other women interviewed, the hard work didn’t translate to their pay. While reeling in millions of dollars, they didn’t get paid any more than $6 an hour.

"When I think about Televerde I think about this abusive relationship that people are in, even though it’s abusive, sometimes people don’t see it."
— Lola N’sangou

So, why not just quit, since the Department of Corrections and Televerde say the work is all voluntary?

For one, records showed that women who didn’t show up were disciplined by the prison and forced into worse jobs that meant they could no longer afford the things they needed to survive inside.

But N’sangou believes that many people working for Televerde and other ACI jobs think it’s the best thing to ever happen to them, even if they know they’re being exploited.

“When I think about Televerde I think about this abusive relationship that people are in, even though it’s abusive, sometimes people don’t see it," N’sangou said. "But those of us who see it, are like, I will stomach this and tolerate it. Some people are really in love, even though he beats the crap out of 'em every day … sometimes that is even still the best relationship they’ve ever had.”