A yearlong investigation shows that Arizona prisoners’ work is exploited in more than just state grounds and other public spaces. 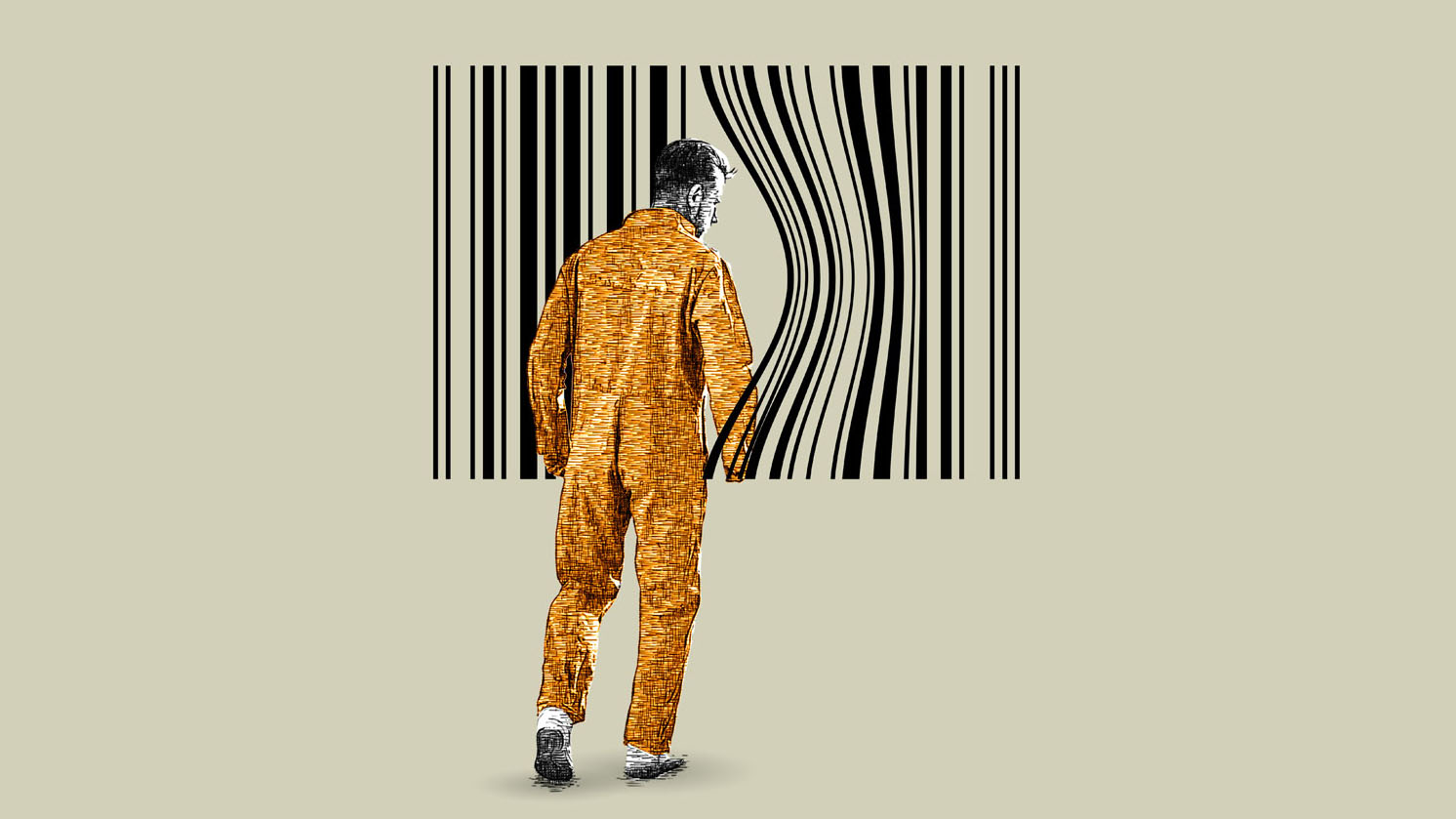 After 15 months of gathering and analyzing more than 11,000 documents and building a computer program that downloaded tens of thousands of public profiles about prisoners that the Arizona Department of Corrections refused to provide, reporters at the Arizona Republic and KJZZ News found that prison labor — during the past 10 years — has become ubiquitous across the state.

Prison work, for example, is in places that many people would never have realized: Prisoners make the custom woodwork at hip bowling alleys; they construct trusses, cabinets, wall frames at well-known private home developments and luxury apartment buildings; they work inside kennels for pet adoption shelters; they build confessionals in churches; they act as janitors and groundskeepers at schools – but are told to keep out of sight of staff and students so no one knows they’re there.

→ The full series: Arizona changed how it sells prisoners to companies. The state raked in millions, but workers were neglected

Many prisoners say they enjoy the jobs, if only because it gets them out into the free world and gives them something to do. The biggest problem: They are often paid less than $1 an hour. And despite the misconception that everything in their lives is paid for, prison life is really quite expensive. Prices for goods are about the same as in the outside world. From pens and paper to envelopes and stamps, it could take a full week for some prisoners to buy what they need to send a single letter to a family member by mail.

→ High rate of return: Arizona prisons boast that laborers won’t end up back behind bars. That’s not true

But there are about 2,000 prisoners who are meant to get paid more. These elite members of the incarcerated population work for Arizona Correctional Industries, a state-run company under the auspices of the Department of Corrections, Rehabilitation & Reentry. 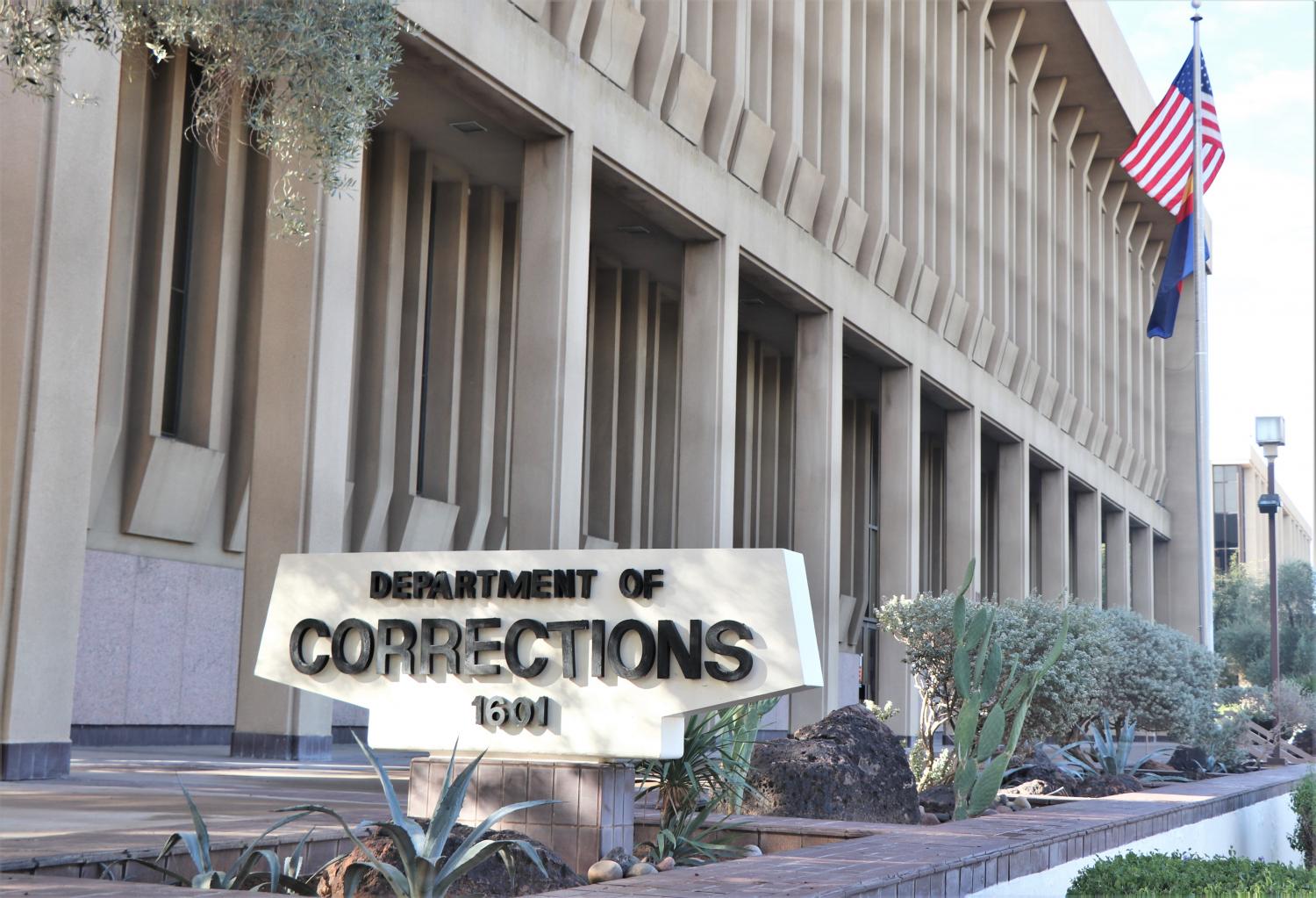 Prisoners at ACI do two things: They either make products for sale to government entities and private businesses, or they are leased out to private companies that have trouble finding workers for jobs that few people in the free market would be willing to do.

Despite their higher pay, prisoners who work for ACI don’t get to keep it all. Far from it. The state takes large chunks from their paychecks, forcing them to pay room and board, utilities and other expenses. In some cases, prisoners pay upward of $700 a month to live in their own cells.

The Department of Corrections contends that the money helps offset the costs of incarceration, and ACI’s jobs help prisoners get work after they are released. Though the department would not make anyone available for a phone or in-person interview, they said via email that ACI’s “goal is simple and straightforward: it helps inmates with felony convictions find employment upon release.”

→ The cost of dignity: She had it better than most Arizona prisoners but says she still faced racism and labor abuse. ‘I don’t think I’ll ever forgive them’

As to the deductions from prisoner paychecks, ACI said it’s not responsible for those. State law requires the Department of Corrections to remove that money.

Even before Arizona was a state, prisoners were mandated to work while riding out their sentences. The idea was to save the government money – not to help private companies turn a profit. When a territorial governor proposed the idea of leasing prisoners to companies for day labor, it never even received a vote.

But that changed in 1995 when ACI began quietly leasing out its captive workforce to a select group of farms, manufacturers and telecommunications companies. 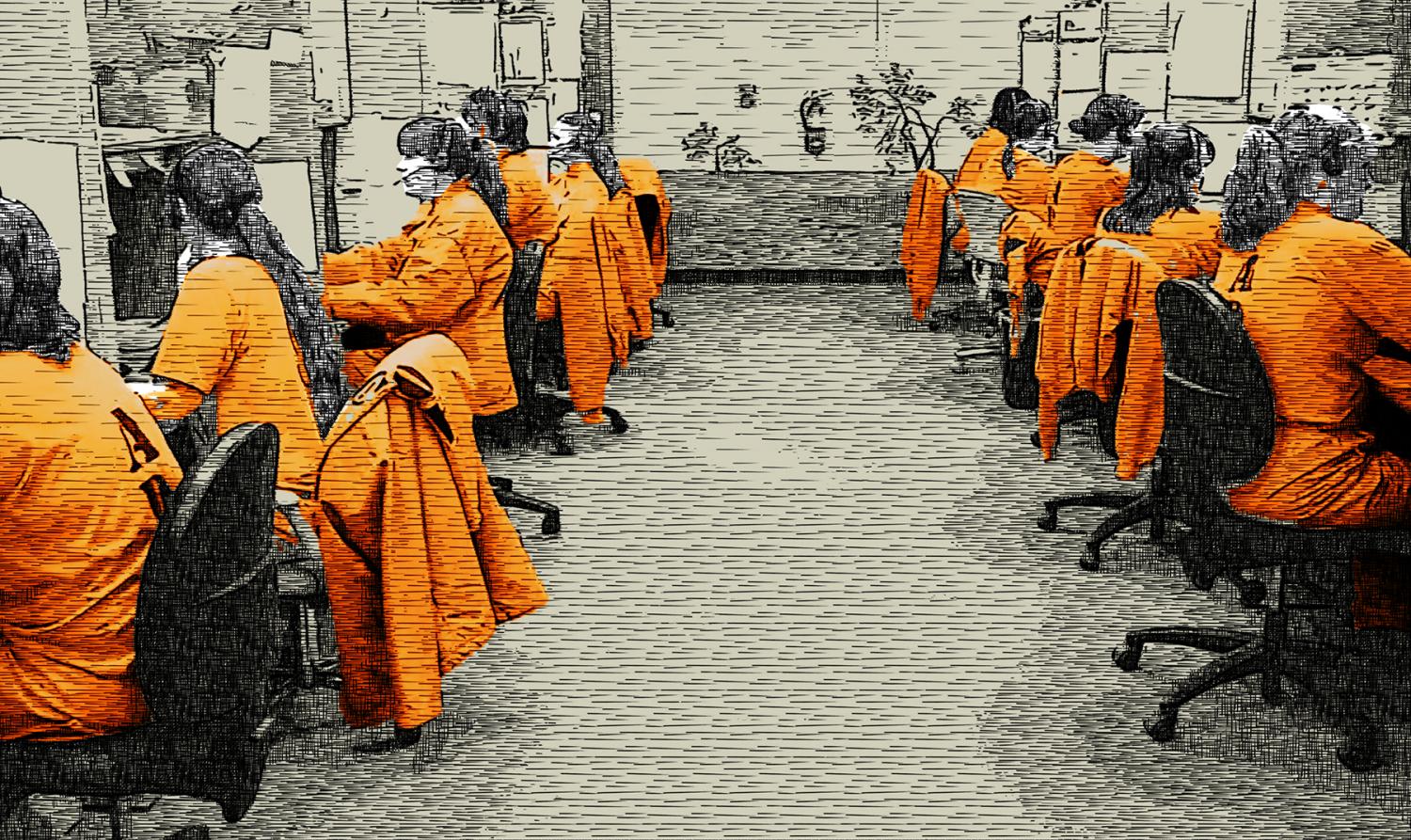 More than a decade later, the company found the financial benefits to leasing prisoners to private companies far outweighed training them to manufacture products. While prisoners once obtained woodworking, metalworking, upholstery and other useful skills working at the ACI’s manufacturing shops, an increasing number were now farmed out to private companies, often at the expense of their health.

The Republic and KJZZ found multiple prisoners who reported injuries that were not recorded by the Department of Corrections and also hadn’t been properly treated. Some of them will never be able to work again. But they are not entitled to workers’ compensation or unemployment because they were incarcerated at the time of their workplace injuries.

→ From prisons to pews: Did an Arizona prisoner build that? Inmates make everyday items

The Department of Corrections contends that it and its private partners are required to follow all federal Occupational Safety and Health Administration standards. But when asked about particular incidents, the Department of Correction did not provide evidence of any reports that had been done to ensure prisoner health and safety at any locations where prisoners worked.

The Republic’s and KJZZ’s five-part series reveals the detrimental effects of what happens when a state exploits some of its poorest people for their labor.

The investigation also challenges some of the Department of Corrections’ core statements about prison labor in the state, including how the jobs it offers through ACI work programs are the state’s best tools to reduce recidivism.

When the Department of Corrections refused to provide information that is publicly available on its website, the Republic built a computer program that downloaded the information itself. It then used the information to create a first-of-its-kind dataset that easily debunks statistics the department repeatedly offers up in its yearly reports and public statements. The upshot: those who work for ACI are not much better off when it comes to staying out of prison than anyone else who is locked behind bars.

The information also showed consistent racial disparities in hiring patterns among well-paying jobs at many of the state’s more high-profile companies that use prison labor. 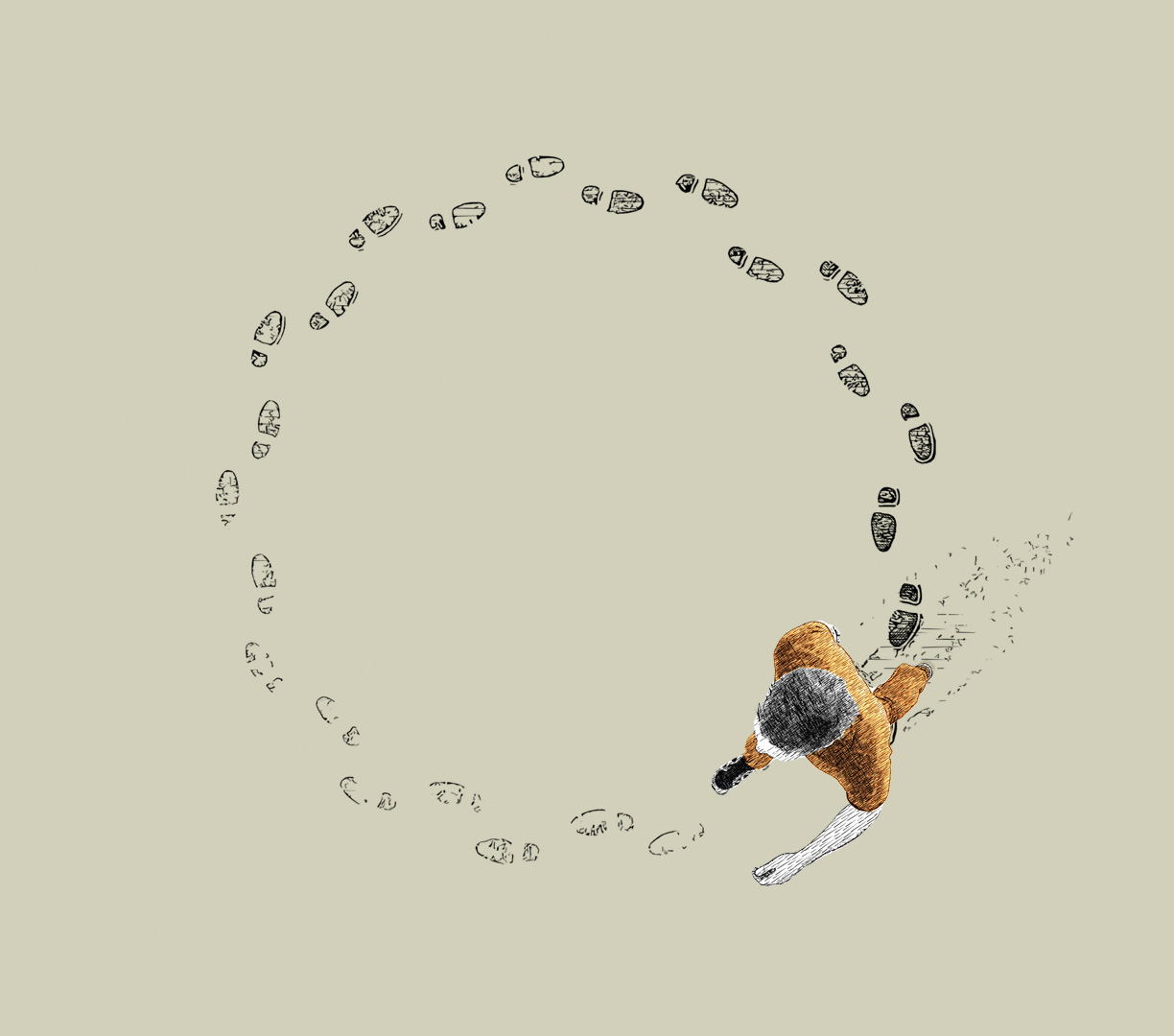 Prisoners often get paid pennies on the dollar to perform tasks inside of the prison such as to mop floors, rake the yard or do agriculture work. So, when an opportunity comes to do the same job outside prison for a small bump in pay, the majority interviewed said they gladly made the move.

→ Prison city: This Arizona city is maintained with prison labor. That keeps taxes low. But what’s the human cost?

But working on the outside of prison comes with its own complications, such as being strip searched every day, being degraded in public by being forced to line up and have drug dogs sniff their rear ends, or working in intense heat for hours and then threatened by corrections officers for taking breaks when they’re tired.

The level of exploitation among prisoners in the state had economists on both sides of the political spectrum saying that the practice – even if economically principled – was a moral conundrum.

Subscribers of the Arizona Republic can read the full series at prisonlabor.azcentral.com.

Get more coverage about Arizona prisons from KJZZ at prisons.kjzz.org.