Brnovich says a 1901 law on abortion will be enforced. What other laws from that time still exist? 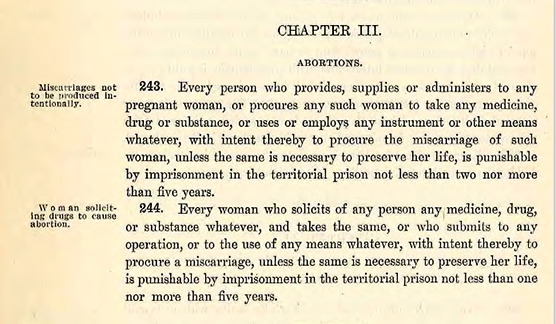 State of Arizona Research Library
A 1901 statute on abortion in the Arizona Territory.

There is some controversy about that, as some Arizonans believe a new law approved this year banning abortions after 15 weeks should be the primary one on the subject.

But Brnovich’s opinion got The Show wondering about what other laws from 1901 are still on the books.

To find out, we reached out to Martha McConnell, the law librarian at the State of Arizona Research Library.

To learn about other laws referenced in the interview, visit the Arizona Memory Project's Historic Arizona Statutes collection.