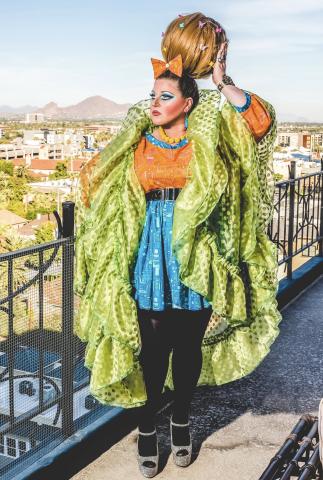 Drag shows have become a big topic of conversation in Arizona politics over the past few weeks.

In the waning days of the legislative session, Senate Republican leaders said they were working on a bill to prohibit minors from attending drag shows. That came after the lawmakers objected to events at a Pride Night at the Heard Museum and an event put on by a school club at a Tucson high school. No bill was filed before the session ended. But other states are looking into similar measures, as well.

Separately, GOP gubernatorial candidate Kari Lake has criticized drag shows on the campaign trail, despite a local drag queen releasing photos taken with Lake and saying they were friends.

Gin Tinkle says there are all kinds of events that drag queens take part in, from shows at bars to storytimes for kids.

Tinkle is a local drag queen and activist who’s participated in Drag Queen Story Time, among other kinds of shows.

The Show spoke with her and started the conversation about the reading events — what they’re like and what happens at them.