How Scottsdale's drought plan has reduced the city's water footprint 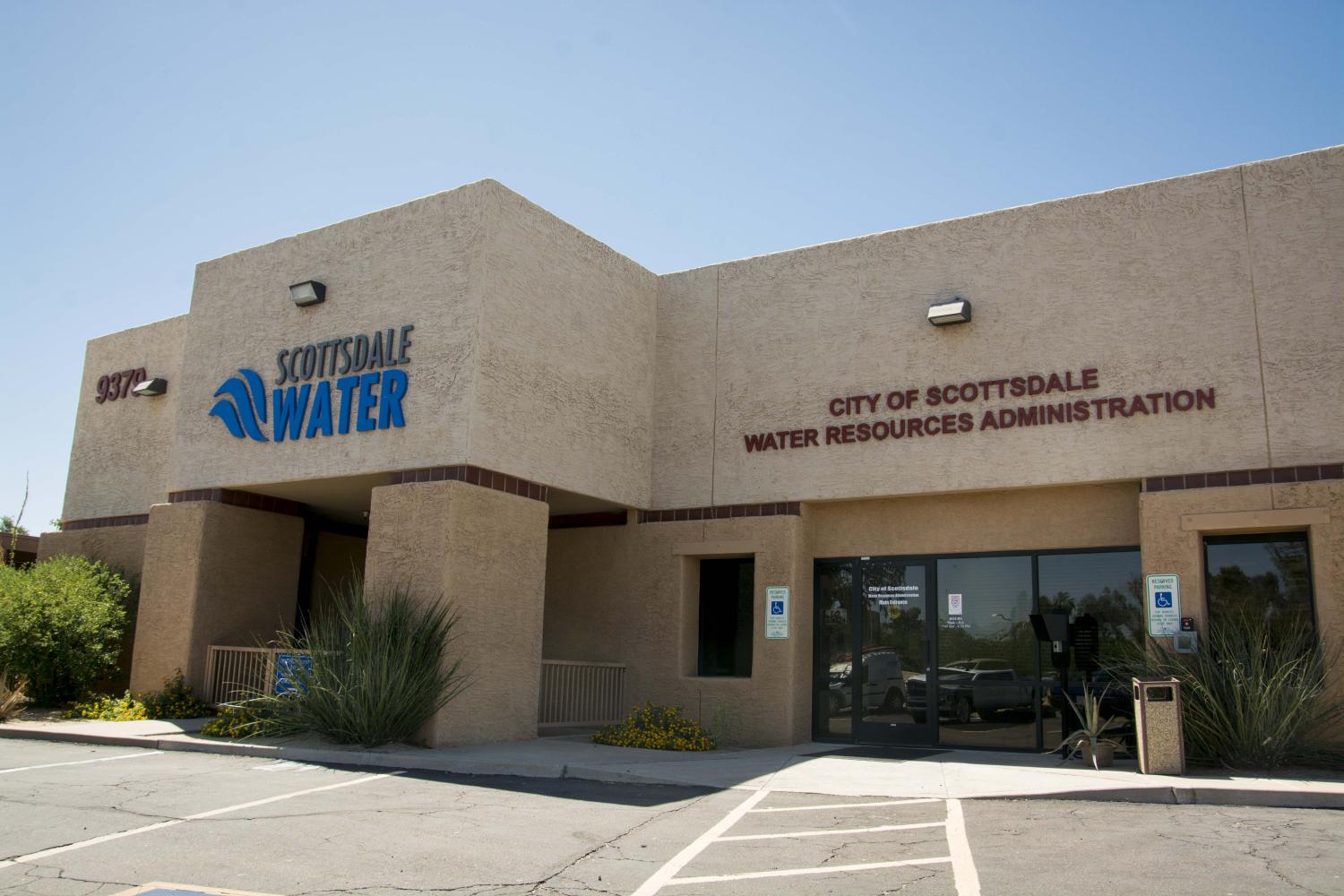 Scottsdale's city government has reduced its water use 8% in 2022. Katherine Davis-Young/KJZZ

In front of the Granite Reef Senior Center in Scottsdale, there’s a parking lot on one side, and off to the other side, there’s a space for the Scottsdale Trolley to stop. Between those areas is a patch of gravel and drought-tolerant desert plants. Six months ago, the senior center's little xeriscape garden was about 3,000 square feet of turf. But it wasn’t intended as a sports field or a picnic area, it was really just a decorative space to divide two sides of the parking lot.

"This area was not an active, usable area of turf," said Nick Molinari, Scottsdale Parks and Recreation director.

So Molinari’s department realized they could take the grass out and no one would really miss it. Molinari estimates the change will save the city 330,000 gallons of water per year.

"That's been one of our strategies is asking, 'Do we have areas within our city that the turf isn't really used by the public?'" Molinari said. "Those are areas we've actually made some really significant impacts in terms of annual water savings." Scottsdale Parks and Recreation Director Nick Molinari stands in front of a xeriscape garden that had been 3,000 square feet of grass. Katherine Davis-Young/KJZZ

These kinds of water-saving opportunities across Scottsdale’s 44 parks and recreation facilities have helped the city’s government cut water use 8% so far this year compared to last year.

Scottsdale residents have also been cutting back. Residential use was down 2.5% in the first quarter of 2022.

“It’s a great start," said Brian Biesemeyer, executive director of Scottsdale Water, "and the potential for savings is even greater as we go into the summer months."

The Southwest is facing a historic drought and Arizona’s municipal water departments are each required to have drought management plans. But it’s up to cities to decide when to activate them. Scottsdale was the first Valley community to officially declare a drought. Biesemeyer's department made the call in the summer of 2021, shortly after the federal government announced Colorado River states would start facing cuts due to dropping reserves in Lake Powell and Lake Mead.

“The condition on the Colorado is getting worse, and it appears it will get worse before it gets better, so we thought it was the right thing to do," Biesemeyer said.

A year after its declaration, Scottsdale hasn't met all of its Stage One reduction goals, but the city's efforts do appear to be making a measurable impact.

“The first step was just a request that we get customers to save 5%," Biesemeyer said.

Scottsdale isn’t requiring anything of its water customers in the first phase of the drought plan. And the request for voluntary reductions was really made out of an abundance of caution, Biesemeyer said, since a Tier 1 or Tier 2 shortage on the Colorado River wouldn’t put the water supply in jeopardy for the average Scottsdale resident. Current Colorado River water cuts only affect Scottsdale’s agricultural users. 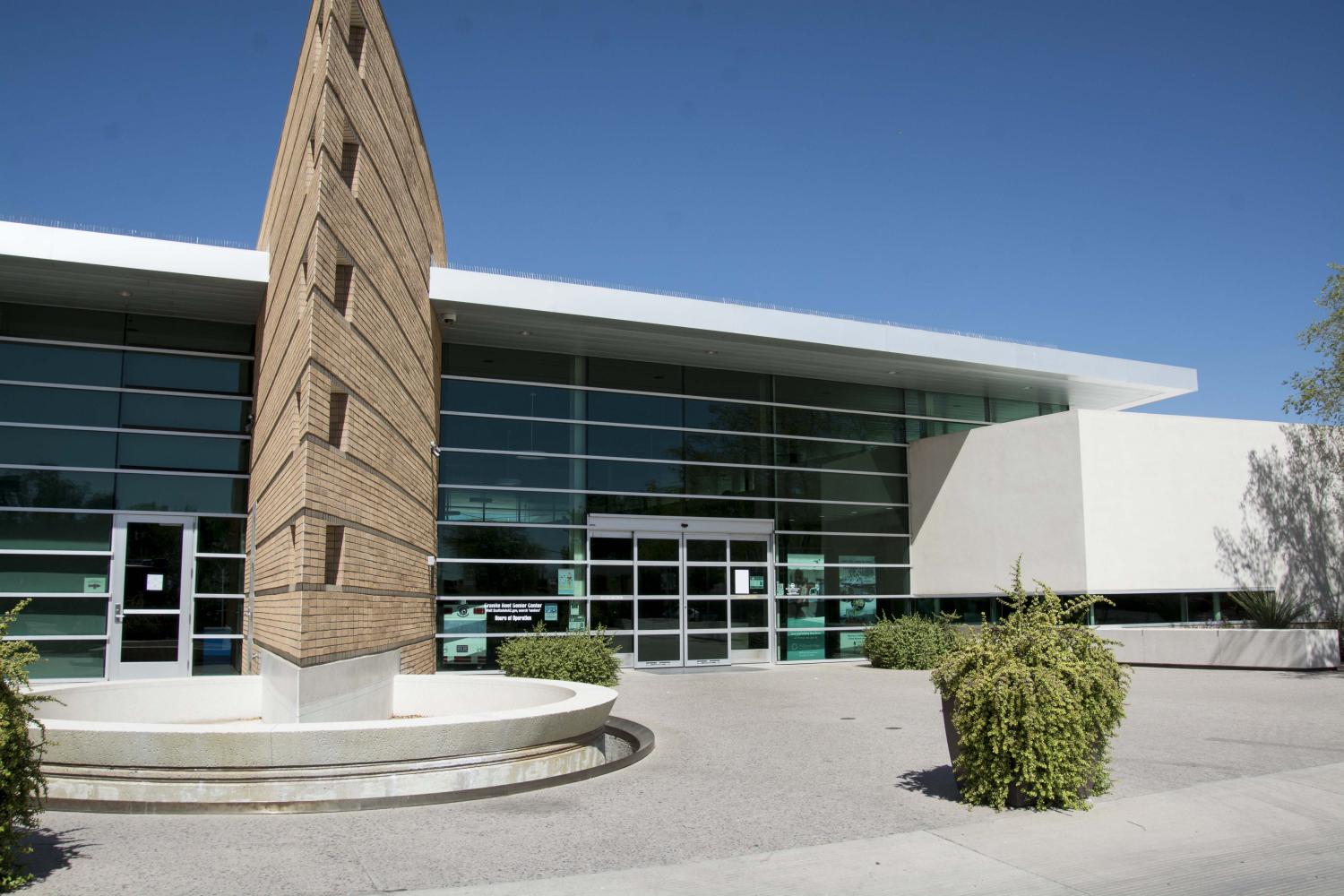 What was once a fountain at the entrance of the Granite Reef Senior Center in Scottsdale will be repurposed as a drought-friendly succulent garden as the city looks for ways to reduce its water footprint. Katherine Davis-Young/KJZZ

Since activating Scottsdale's drought plan, Biesemeyer’s department has been working with individuals and local homeowners associations to suggest ways to use water more efficiently, especially when it comes to grass and irrigation. Biesemeyer said residents have been enthusiastic to participate. Scottsdale Water reports it has seen an 800% increase in requests for water conservation assistance from HOAs this year.

But Biesemeyer wants the city to lead by example. In addition to its work with the parks department, Scottsdale Water has worked with other branches of the city government to upgrade faucets in city buildings and identify other opportunities to reduce waste. Scottsdale is also looking at options it’s never tried before. Biesemeyer said one successful idea was rethinking the way the city manages its water mains. Sometimes water sits too long underground and it needs to be flushed out to ensure what comes out of your tap is clean.

“They’ll typically go to a hydrant and they’ll flush thousands of gallons out of that main to keep the water fresh, and it just dumps on the ground," Biesemeyer said.

Under the new drought plan, the city hired a New Mexico company to bring in a “neutral output discharge elimination system,” a new filtration technology.

“That actually allows us to pull water out of a hydrant, filter it, and put it back into another hydrant so that we keep that water fresh and moving, and then we don’t lose it,” Biesemeyer said.

So far, Biesemeyer said the filtration system has saved the city about 3 million gallons of water that would have otherwise been flushed down a storm drain.

That kind of savings is a drop in the bucket compared to the shortages in Lake Powell and Lake Mead. But Sarah Porter, director of the Kyl Center for Water Policy at ASU, said Scottsdale’s 2.5% citywide reductions over the past several months are still noteworthy.

"That’s a nice beginning," Porter said. “With kind of a soft rollout, that’s nothing to sneer at."

But Porter points out only about 20% of Arizona’s water goes to municipalities.

“We ought to be conserving, but we also need to keep in mind that the Colorado River issues go beyond turning the water off while we’re brushing our teeth," Porter said.

After all, the majority of the water you use in your home is captured and recycled. But Porter said, as the Southwest moves deeper into drought, it is worth it for cities to help educate water customers. 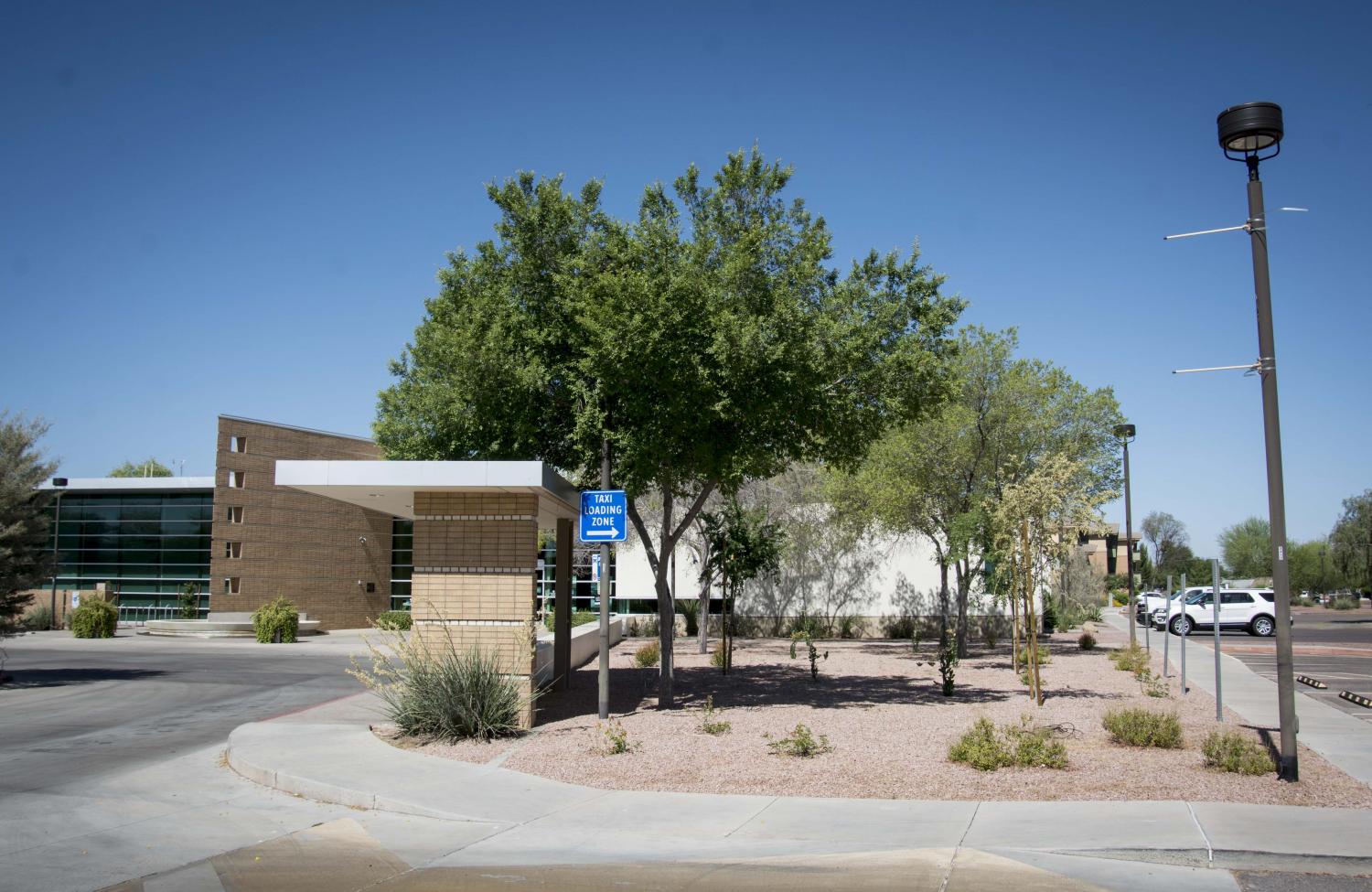 In an effort to save water, Scottsdale's Parks and Recreation department removed grass at the Granite Reef Senior Center and replaced it with shade trees and drought-tolerant plants. Katherine Davis-Young/KJZZ

“Cities need to show that they understand that this is a very serious time and that they are participating in providing solutions,” Porter said.

And Porter said cities are going to have to adapt in the years ahead. So while adjustments to your HOA’s sprinklers or water saving faucets in your bathroom won’t refill Lake Powell, they will help your city water department prepare for worsening drought conditions.

“We’re helping our city to stretch the water supplies the city has to cover more users," Porter said.

Biesemeyer said that was the idea behind activating Scottsdale’s drought plan earlier than was absolutely necessary.

“We’re hoping by voluntary cutbacks now, that alleviates the need for mandatory cutbacks in the future," Biesemeyer said.

And for a city that relies heavily on Colorado River water, the future looks a lot drier.