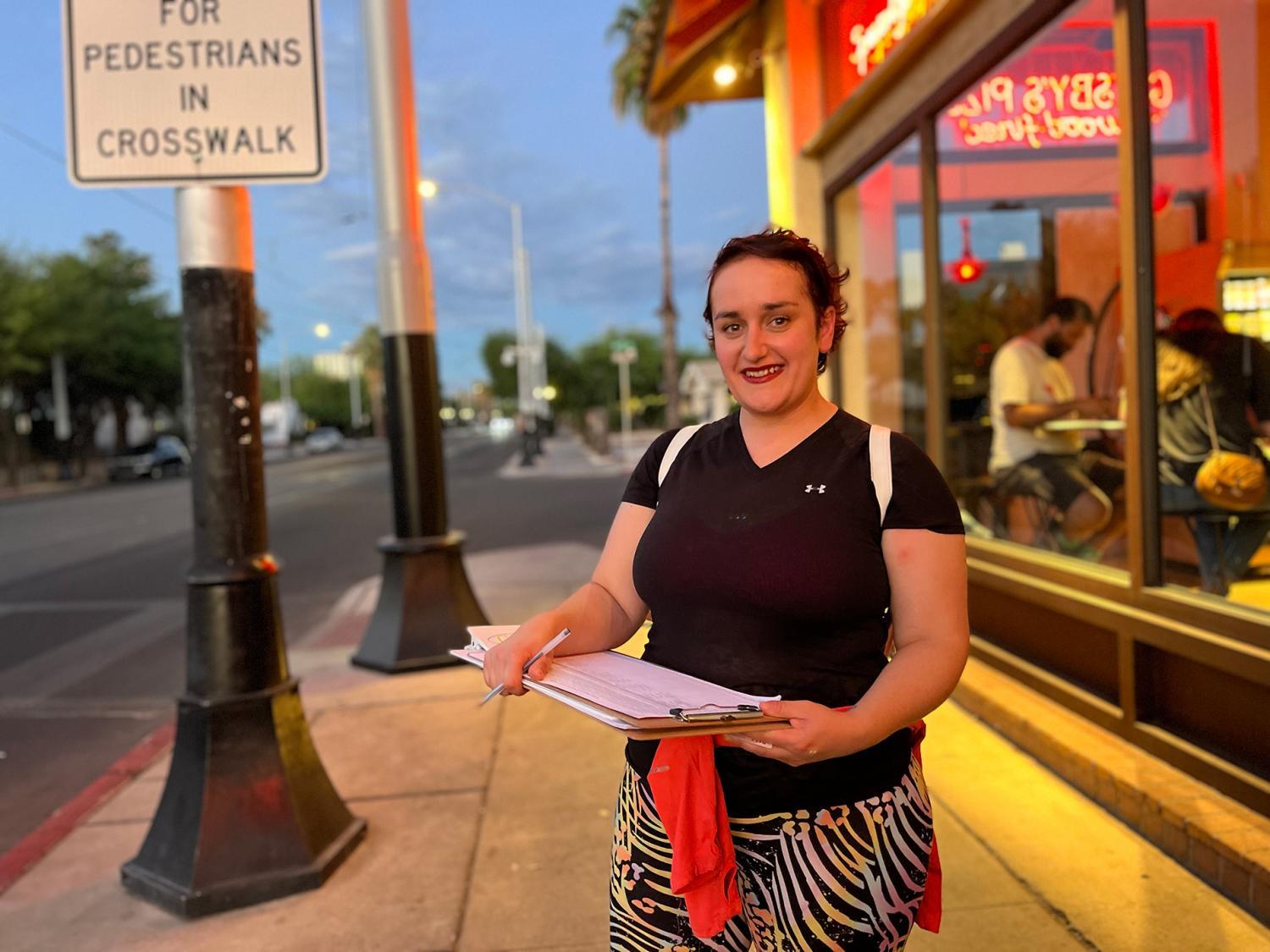 Alisa Reznick/KJZZ
Anna Darian and other volunteers were collecting last-minute signatures and filled-out petitions for the reproductive freedom ballot initiative July 5, 2022, in Tucson

Wednesday marks the deadline for abortion rights organizers to finish collecting signatures for a ballot initiative to enshrine reproductive rights into the Arizona Constitution.

The petition started circulating statewide after the Supreme Court’s draft opinion on Roe vs. Wade was leaked in May.

Shasta McManus is the treasurer of the Arizonans for Reproductive Freedom, the group behind the initiative. She says it’s an all-volunteer effort with record turnout.

"Reproductive rights in Arizona rewound 100 years. And if that doesn’t motivate people, I don’t know what would," she said.

A pre-statehood law in Arizona prohibits all abortions except those needed to save the woman’s life. A new law that bars them after 15 weeks is set to go into effect this fall.

Abortion providers across the state have paused services amid that legal uncertainty. Volunteers like Anna Darian were collecting signatures well into Tuesday evening in Tucson.

"I’ve had an abortion myself and I never thought that would be a medical decision that was in question. But more broadly speaking, this is ultimately about creating vulnerability for people that could be avoided," she said. "There can literally not be an equal society if people don't have control over how and when they have children."

The petition needs more than 356,000 signatures to get on the ballot this November. Organizers will deliver the petitions to the Arizona Secretary of State's Office on Thursday and expect to know whether it was successful this month.