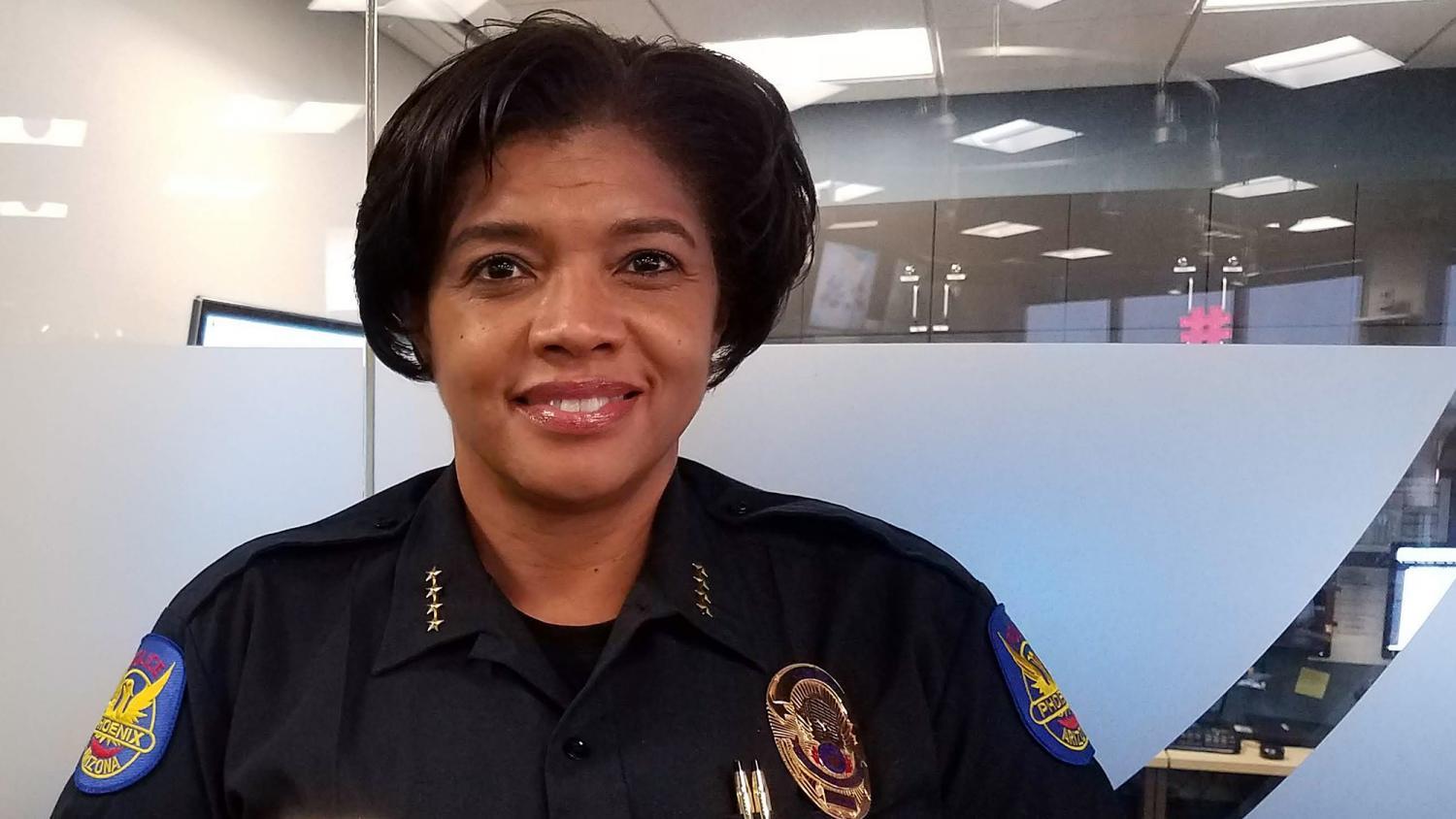 Sky Schaudt/KJZZ
Jeri Williams in the KJZZ Studio in 2018.

A week ago the outgoing Phoenix police chief testified to Congress that guns have become more available and are too easy for children to get.

On Wednesday, Chief Jeri Williams vowed that her department would be laser-focused on taking firearms from criminals and people not supposed to have them.

“But we need the public’s help. We need you to get involved. Too many times our communities have become immune to hearing gunfire in their neighborhoods and not doing anything,” said Williams.

Williams urged those who know of someone illegally owning a gun to call a tipline. She also said detectives will be assigned to precincts to work directly with patrol officers on gun crimes cases.