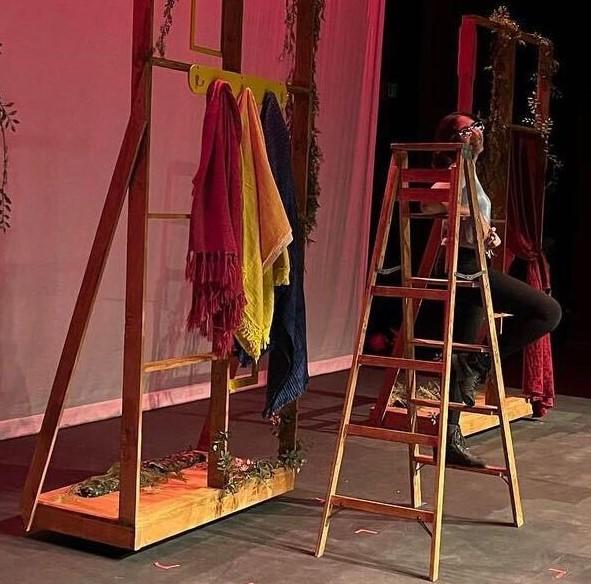 Joey Hertel / YETI
On set of “This Girl Laughs, This Girl Cries, This Girl Does Nothing” by playwright Finegan Kruckemeyer.

It’s called YETi — and that’s not a reference to the mythical Himalayan snow monster, though it is the mascot for Youth Ensemble Theatre Incorporated which is housed under Tempe-based Childsplay Theatre Company.

The ensemble is presenting its first show since the pandemic. Entitled “This Girl Laughs, This Girl Cries, This Girl Does Nothing,” it’s a production about three young sisters who are left in a forest by their woodcutter father and forced to find their own way in the world.

The purpose of the ensemble is for teens to entirely produce the show from technical direction to the box office, much different than a typical high school production.

Artistic director Jason White said students have adult oversight, but teens are “taking part in fundraising. They’re running our social media. They set ticket prices. They made our calendar for shows and they just really run it, top-to-bottom.”