Contreras Fire: The latest on the wildfire near Tucson 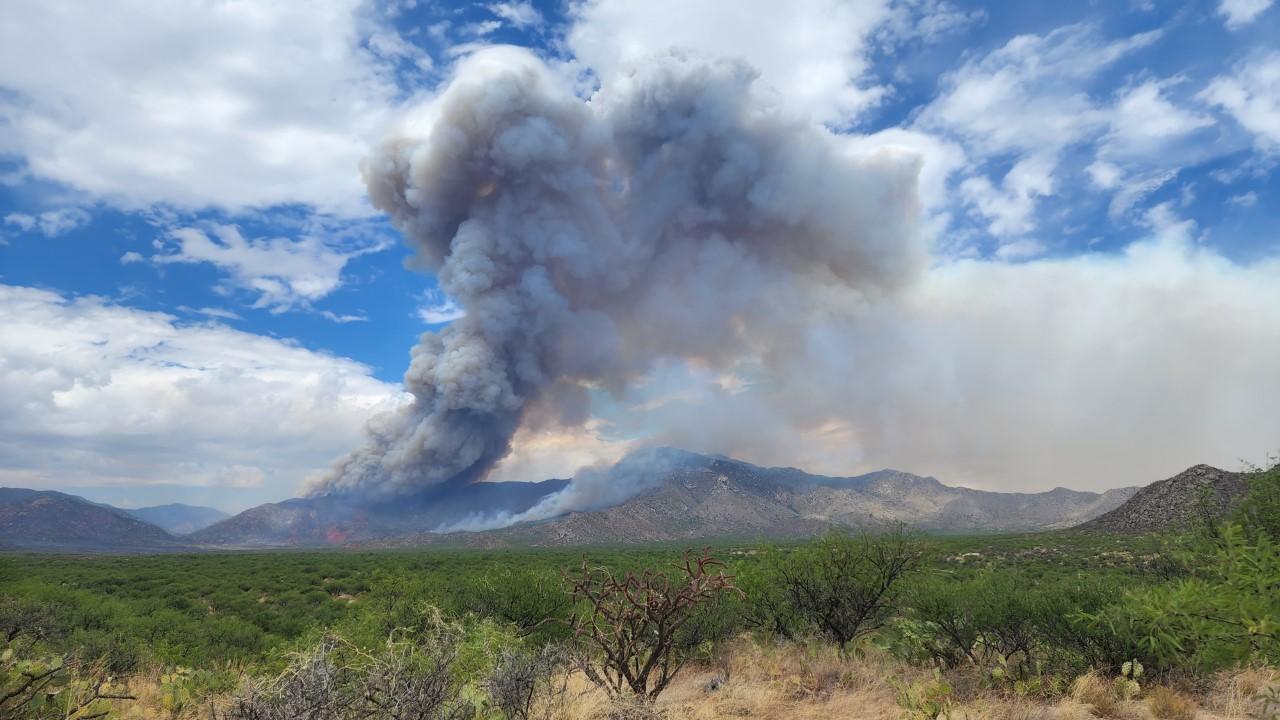 Inciweb
The Contreras Fire in southern Arizona has burned more than 20,000 acres.

The Contreras Fire on the Tohono O’odham Reservation southwest of Tucson has gone from being 50% contained to 83% contained in one day.

The blaze has burned over 29,000 acres, but incident spokesperson Pat York says fire fighters feel good about the situation.

“It increased the acreage, but it also increased the huge buffer between the communities and the main fire. So, we are feeling very good about where the fire stands right now," York said.

Fire analysts anticipate the blaze will be significantly reduced with more humidity and storms. It is estimated that it will reach full containment by Sunday.

The Contreras Fire in southern Arizona has grown to more than 23,000 acres. But with 50% containment, firefighters are making progress.

Warm temperatures and wind gusts continued to drive the fire, which began in the Baboquivari Mountains on the Tohono O’odham Reservation. The blaze is making its way through highly flammable grass and brush in areas that are difficult for firefighters to get to.

It has damaged buildings at Kitt Peak Observatory, but with cloudy weather and showers in the forecast, crews remain optimistic.

Authorities said more than 300 firefighters continued working the wildfire that has now charred 31.8 square miles since it began June 11 on a remote ridge on the Tohono O’odham Indian Reservation about 8 miles southeast of Kitt Peak.

But they remain wary, saying lightning could spark other fires.

Rain last Saturday helped get the fire go from zero containment to 40% containment.

Four non-scientific buildings on the west side of the observatory property — a house, a dorm, and two minor outbuildings — were destroyed.