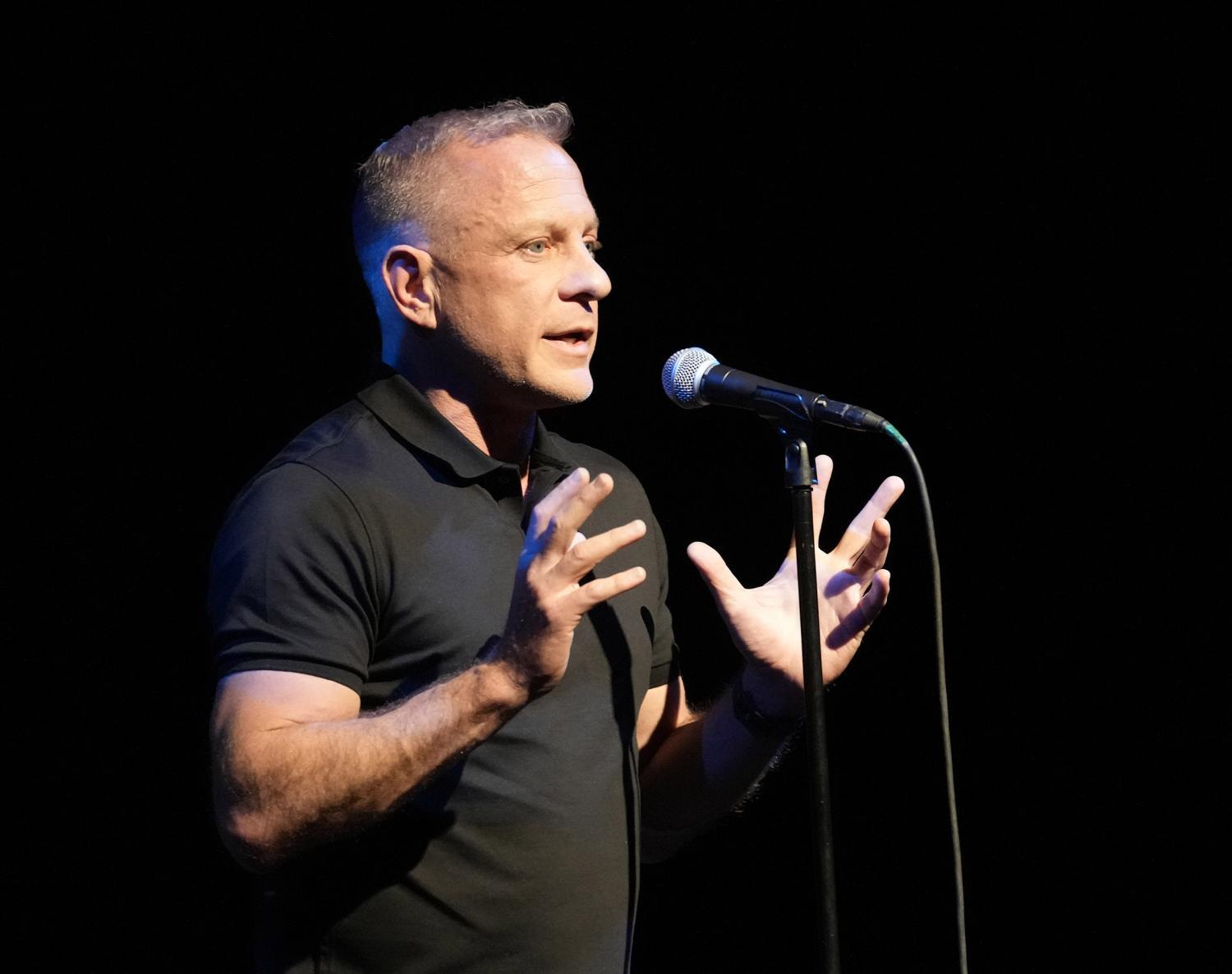 KJZZ partners with the Arizona Republic to bring you the Arizona Storytellers series. We record the live events and share them with you on the radio. Storytellers share stories about our community or the life events that have shaped them. Jason Boatman has lived in the Bay Area, London, Berlin and moved to Phoenix in 2010. He says he’s been five years sober but that "growing up" has taken much longer than that. After a year of sobriety, Boatman found he was discontent and was craving a deeper understanding and a search for meaning.

June of 2019, like 10 fellows of mine — we decided we were going to drive to Palm Springs to attend this big gay sober recovery conference.

Three-hundred-and-fifty gay guys descend on the Hilton Hotel, and I had a blast. And the whole event sort of culminates in this Saturday evening formal dinner and there's a speaker.

So we make our way into this big giant ballroom and we wind up sitting right in the front. And I'm sat next to this guy. I'm 50, he's at least 10 years my senior, and he's big and bald, he's salty and super wise. And I just sat there like ‘Tell me more.’

The MCs on stage behind us, and he’s sort of yammering away and he says, "Gentleman, our featured speaker of the evening — Joe C.!"

And the guy I'm talking to looks at me and he says, "Hey kid, I got to go do this thing. Hold that thought, I'll be right back."

And Joe gets up on stage and shares his story for an hour. And towards the end of it he says, "You know, I've been doing this sobriety thing for decades. I think 'the meaning of life,’ and I'm like, clued-in right? He says, ‘The meaning of life is you just got to love everybody.’"

What does that look like? And like he's reading my mind he says, "You're probably wondering what that looks like. I'm going to give you an acronym so you can do that in practice. It's Listen Overlook Value and Encourage. L-O-V-E."

And I thought to myself well that seems as good a direction to point the compass as any — I'm going to try this. And it turns out this is a lot of fun when you like people, but it can be hard when you don't like somebody.

A couple weeks ago I was in my car. I'm in midtown Phoenix, and I pull up to the red light. There's a car in front of me and a car pulls up behind me and I'm sitting in there and I hear crunching, crunching, crunching. The car behind me decided to turn into the left hand lane and they just [crunched my bumper].

I am hot. And I turn into the left hand lane behind him, and I get out my phone I'm like "I've got your license plate!" And the two of us signal right, go through the intersection, bumper dragging behind me.

And I would love to be able to say to you that Joe C.’s words came down to me. That didn't happen. But I think that I had just been practicing that mantra long enough — you got to love everybody — that there was just a moment of pause. I have a choice. And a woman steps out of her car and I step out of my car. "Are you OK?" "Yeah I'm fine." "Are you OK?" "Yeah I'm fine."

And I say to her, "Do you want some water? Can I help you?" "Yes, please!" It's hot outside, and we go and we sit down at the bus stop. We have an absolutely beautiful conversation together.

I think to myself this is not the person that I used to be before this journey started. You know, I still have a lot of growing up to do but I hope it never stops. And, you know, I don't know if I know about the meaning of life, but I think that loving people is a pretty good place to start. Thank you.