As wildfires become a year-round threat, planners say Arizona should prepare for the worst 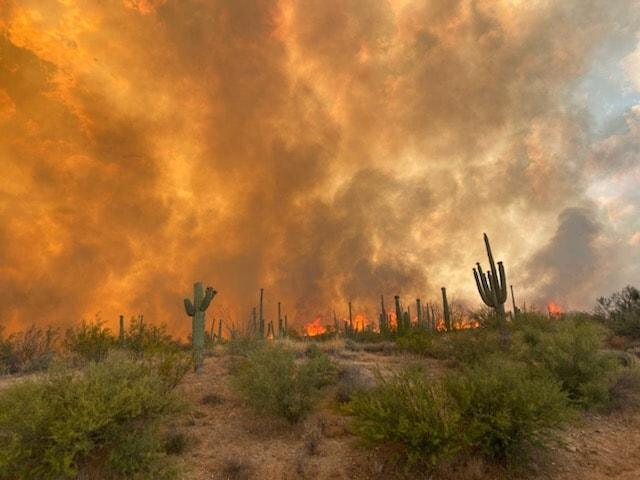 InciWeb
Smoke from the Bush Fire rises over saguaro in the desert outside Mesa, Arizona, on June 13, 2020.

The current wildfire season in Arizona is already in a destructive period.

Experts have been talking about the importance of being prepared, physically and mentally, for nearly year-round wildfires thanks to drought, climate change and ineffective policies.

In a recent piece for Slate, Molly Mowery and two co-authors wrote a piece titled, “Fire is here to stay: Can we live with it?”

Mowery is executive director of the Community Wildfire Planning Center.

The Show spoke with her, and the conversation began by explaining whether a longer fire season is more of a challenge.