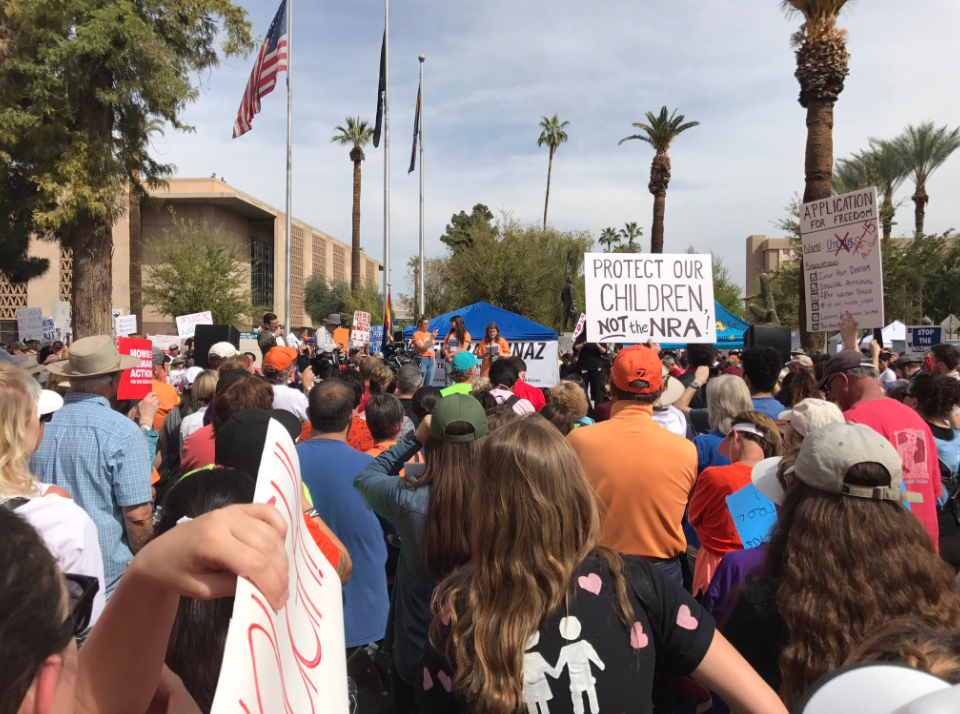 Bridget Dowd/KJZZ
The March for Our Lives rally at the Arizona Capitol in Phoenix on March 24, 2018.

The March for Our Lives movement is holding a protest at the state Capitol on Saturday.

The event will start at 5 p.m.

According to movement founder David Hogg, there will be more than 450 demonstrations across the country and world.

Jacob Martinez, lead organizer with March for Our Lives in the Valley, said, “We support universal background checks and we support extreme risk protection orders. Those are two bills that don’t legislate people’s guns whatsoever, rather they enforce the laws we already have on the books.”

Similar rallies are also planned in Prescott, Payson and Sedona.