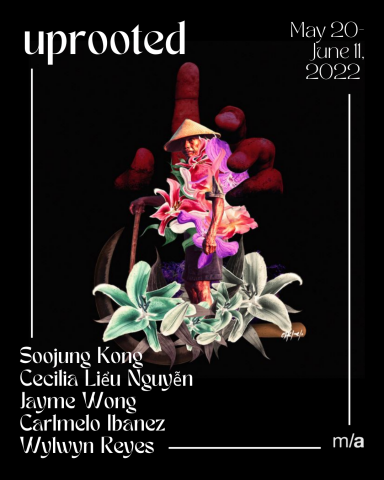 Modified Arts
Poster for “Uprooted” at Modified Arts, featuring artwork by Carlmelo Ibanez, whose parents were displaced from the Philippines.

Russia’s March invasion of Ukraine brought to mind many geopolitical concepts, and the one that has most taken hold is imperialism — which has been present in the world for centuries.

Does one nation have the right to impose its philosophies and cultures on another? The U.S., France and China have all faced dramatic criticism for what some have labeled imperialism.

An exhibition at Modified Arts in Phoenix features an array of pieces — digital and otherwise — by artists who are also activists focused on what imperialism has done to their homes, including Korea and the Philippines. The exhibition is called, “Uprooted.”

The Show recently visited the exhibition and spoke with its curator, Katherine Del Rosario, to learn about what the artists were aiming to accomplish.