Frank Atwood, 66, died by lethal injection at the state prison in Florence for his murder conviction in the killing of Vicki Lynne Hoskinson.

Bud Foster, a journalist for KOLD-TV who witnessed the execution of Atwood and has witnessed other executions, said the process of setting up IVs into Atwood for the lethal injection went smoothly and that “it was probably the most peaceful of any of the executions that I witnessed in the past.”

Medical personnel preparing Atwood for the execution initially could not locate a vein in Atwood’s right arm to put in an IV, but inserted it in his right hand at Atwood’s suggestion, said Harry Brean, an Arizona Daily Star reporter who was another execution witness. 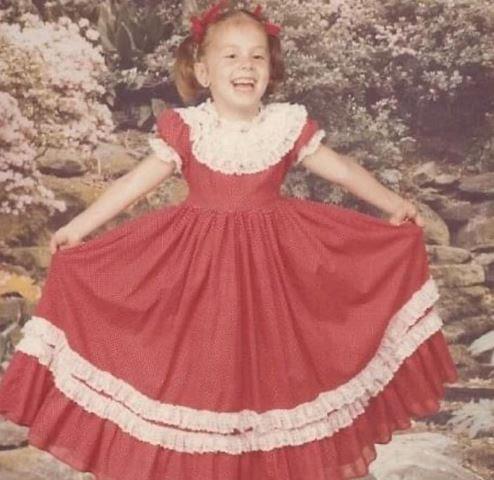 The girl’s mother, Debbie Carlson, watched the execution and told reporters after Atwood died that “today marks final justice for our daughter, Vicki Lynne. Our family has waited for 37 years, eight months and 22 days for this day to come.”

She said her daughter was “a vibrant little girl with an infectious laugh and a smile that would melt your heart.”

Carlson added: “Her royal blue eyes reflected an old soul of wisdom, and her freckled nose was unique and we are blessed to see it in our grandchildren today. Vicki was a feisty little one that always kept you on your toes and will forever be known as Dennis the Menace, giggling all the way.”

Judges in recent weeks had rebuffed attempts by Atwood’s lawyers to have the execution delayed.

In the final weeks of Atwood’s life, his attorneys tried unsuccessfully to make new arguments in a bid to overturn his death sentence, saying they discovered an FBI memo describing an anonymous caller claiming to have seen the girl in a vehicle not associated with Atwood, but which could be linked to a woman.

An Arizona man convicted of murder in the 1984 killing of an 8-year-old girl was put to death Wednesday in the state’s second execution since officials resumed carrying out the death penalty in May following a nearly eight-year hiatus.

Frank Atwood, 66, died by lethal injection at the state prison in Florence for his murder conviction in the killing of Vicki Hoskinson, whose body was found in the desert, Arizona Attorney General Mark Brnovich said in a statement.

Vicki went missing months earlier after leaving her home in Tucson to drop a birthday card in a nearby mailbox.

The U.S. Supreme Court cleared the way for Atwood’s execution Wednesday morning after rejecting a final appeal by his lawyers. He died at 10:16 a.m., Brnovich said.

Atwood is the second Arizona prisoner to be put to death in less than a month. The execution of Clarence Dixon last month ended Arizona’s halt to executions that was blamed on the difficulty of obtaining lethal injection drugs and criticism that a 2014 execution in the state was botched.

The U.S. Supreme Court cleared the way for Frank Atwood’s execution Wednesday morning after rejecting a final appeal by his lawyers.

An Arizona prisoner convicted in the 1984 killing of an 8-year-old girl is scheduled to be executed Wednesday in what would be the state’s second execution since officials started carrying out the death penalty in May after a nearly eight-year hiatus.

Frank Atwood, 66, is scheduled to die by lethal injection at the state prison in Florence for his murder conviction in the killing of Vicki Hoskinson, whose body was found in the desert. She went missing months earlier after leaving her home in Tucson to drop a birthday card in a nearby mailbox.

If the execution isn’t halted by court action, Atwood will be the second Arizona prisoner to be put to death in less than a month. The execution of Clarence Dixon last month ended Arizona’s halt to executions that was blamed on the difficulty of obtaining lethal injection drugs and criticism that a 2014 execution in the state was botched.

Death penalty opponents worry that Arizona will now start executing a steady stream of prisoners who have languished on death row, but state officials didn’t immediately respond to a request for comment on their future execution plans. No other executions have been scheduled so far in Arizona, which has 112 prisoners on death row, including Atwood.

Judges in recent weeks have rebuffed attempts by Atwood’s lawyers to have the execution delayed. He has maintained that he is innocent.

Atwood’s lawyers have argued that Atwood’s degenerative spinal condition would make it excruciatingly painful for him to be strapped on his back to a gurney, where prisoners lie as they receive lethal injections. The lawyers have also questioned whether the state officials met a requirement for the lethal injection drug’s expiration date to fall after the execution date.

Atwood’s attorneys also told the Supreme Court in court filings that the aggravating factor that made his crime eligible for the death penalty was invalidly applied. He was convicted in 1975 in California for lewd and lascivious conduct with a child under 14 and was convicted of Vicki’s killing in 1987. Judges have rejected that legal argument in the past.

Prosecutors have claimed that Atwood is trying to indefinitely postpone his execution through legal maneuvers, saying his pain will be alleviated by propping him with a pillow on the gurney, which has a tilting function. Atwood can continue taking his spinal condition pain medication ahead of the execution and will be given a mild sedative before it starts, the prosecutors said.

Authorities have said Atwood kidnapped Vicki, whose remains were discovered in the desert northwest of Tucson nearly seven months after her disappearance. Experts could not determine the cause of death from the remains, according to court records. 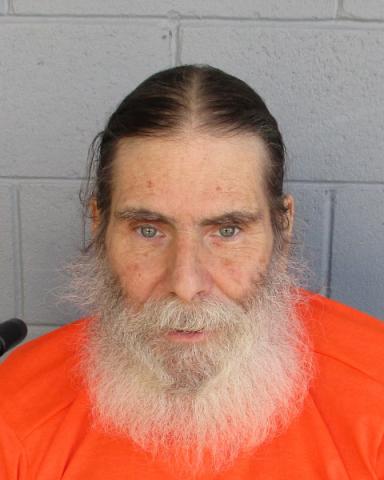 They said Atwood has a right to choose between methods of execution that are constitutional and suggested that the state switch its lethal gas from hydrogen cyanide gas to nitrogen gas because nitrogen would produce painless deaths. Arizona prosecutors responded that nitrogen executions are “untried and untested.”

Atwood’s attorneys said the state’s lethal gas protocol calling for the use of hydrogen cyanide gas — which was used in some past U.S. executions and by Nazis to kill 865,000 Jews at the Auschwitz concentration camp alone — is unconstitutional and would produce agonizing levels of pain in executions.

Arizona, California, Missouri and Wyoming are the only states with decades-old lethal-gas execution laws still on the books. Arizona, which carried out the last gas chamber execution in the United States more than two decades ago, is the only state with a working gas chamber.

In recent years, Oklahoma, Mississippi and Alabama have passed laws allowing executions with nitrogen gas, at least in some circumstances, though experts have said they have never been done and that no state has established protocols that would allow them.

Dixon was executed on May 11 for his murder conviction in the 1978 killing of Deana Bowdoin, a 21-year-old Arizona State University student.

His execution was criticized by death penalty experts because it took officials about 30 minutes to insert an IV into his body to deliver the lethal drug and 10 minutes after that to die.

They said executions should take seven to 10 minutes from the beginning of the IV insertion process until the moment the prisoner is declared dead.

The execution team first tried and failed to insert an IV into Dixon’s left arm before they were able to connect it in his right arm. They then made an incision in his groin area for another IV line.

Dixon’s execution was the first to be carried out in the state since the July 2014 execution of Joseph Wood, who was given 15 doses of a two-drug combination over nearly two hours.

Wood snorted repeatedly and gasped before he died. His attorney said the execution had been botched.