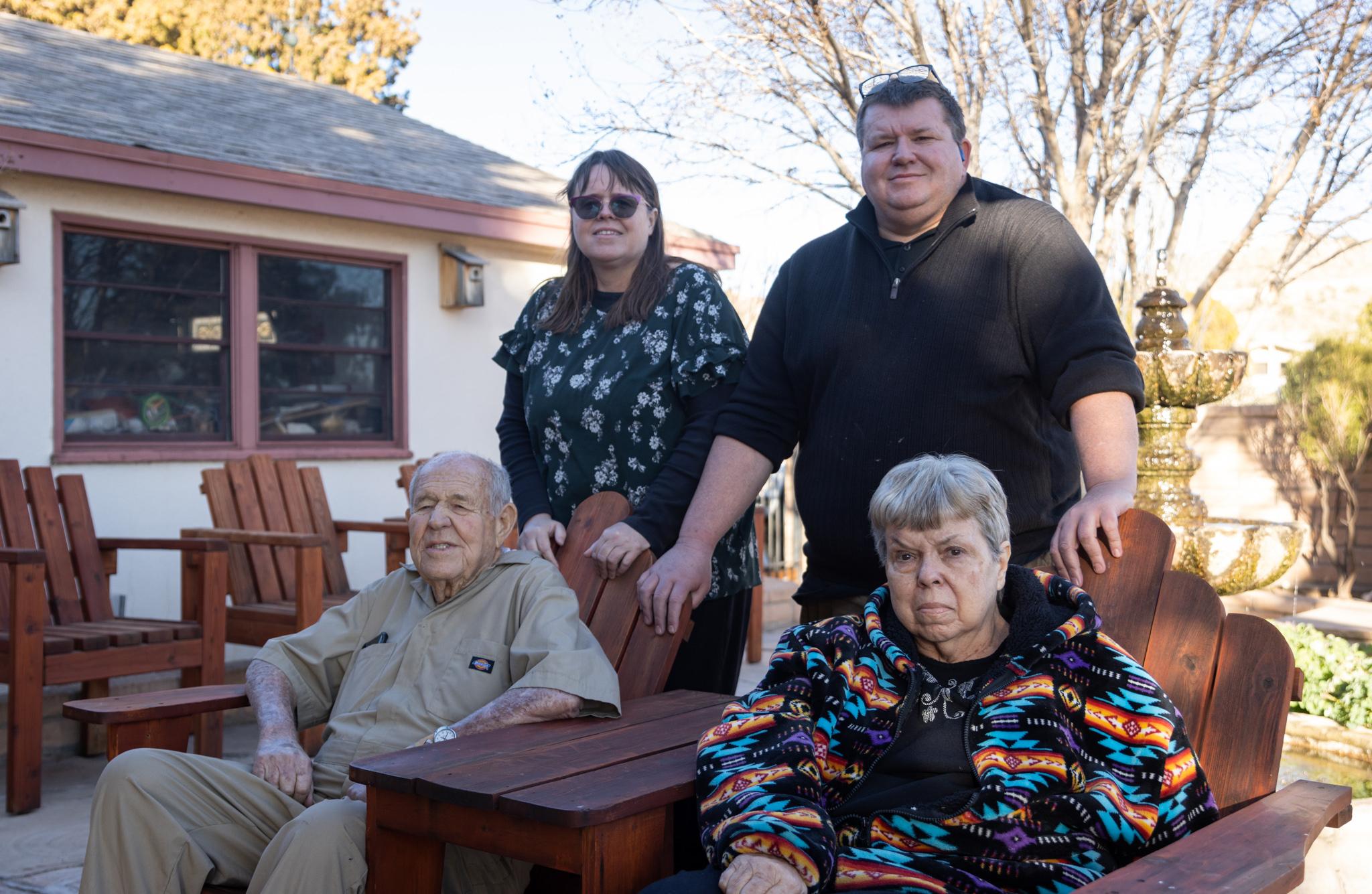 Monserrat Apud/Cronkite News
Eddie Pattillo and his wife, Mary Jane Pattillo, pose with their two children, Kim and Cullin Pattillo, at their home in Kingman, Arizona, on Feb. 3, 2022.

Congress last month approved a two-year extension of the Radiation Exposure Compensation Act, or RECA. It’s meant to help people who were exposed to radiation from nuclear testing in Nevada in the 1950s and '60s and then developed cancer. But it does not include those living in two specific areas: Clark County, Nevada, and lower Mohave County in Arizona.

Congressman Greg Stanton has been trying to change that and make “downwinders” in those areas eligible for compensation. Stanton says he’s worked with the Congressional Research Service to try to figure out why these areas were excluded in the first place.

“The honest truth is, we don’t know why people of Arizona, who they and their families have been so tragically impacted by the nuclear testing that occurred, why they were excluded. We don’t know," Stanton said.

There have been efforts to expand the geographical area; a bill to do that last year was approved by the U.S. House Judiciary Committee, although it didn’t go any farther than that. Stanton says once lawmakers are educated about lower Mohave and Clark counties being excluded, they seem willing to change that. But he says timing-wise, the whole program was set to expire soon.

“As we deal with the issue of any expansion to the program, first and foremost, we just need to get the program extended,” Stanton said. “Because there are still families in the areas that were covered that are just now discovering that they have various forms of cancer related to the nuclear testing, and they deserve compensation. So the best strategy was to extend the program now with the existing map, and then I’m gonna work over the next few years to make sure that these parts of the map that were excluded, those families do have a chance for justice, as well.” 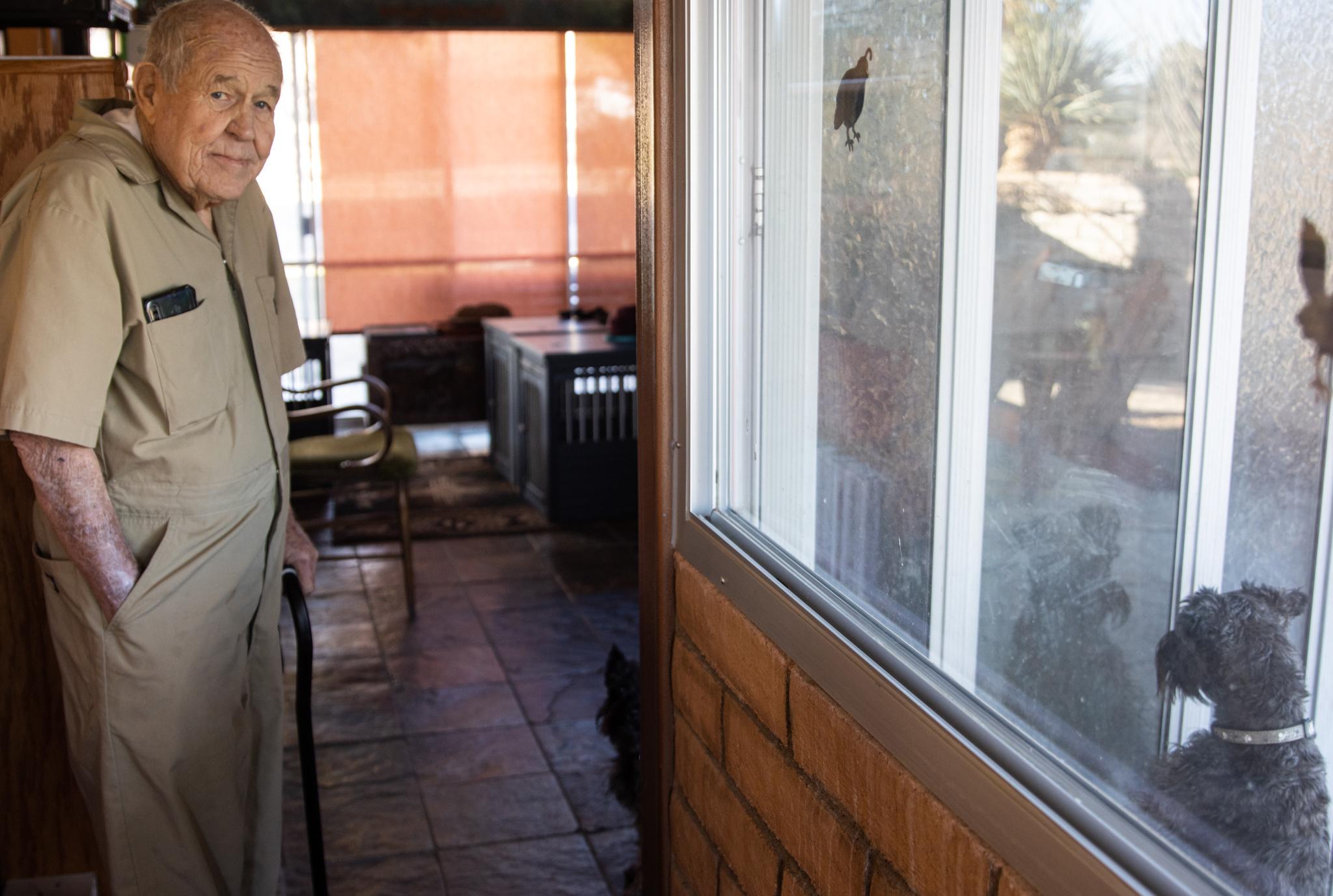 Monserrat Apud/Cronkite News
Eddie Pattillo, a downwinder who said he was affected by radiation from Nevada nuclear tests, died in April 2022. Pattillo is pictured here on Feb. 3, 2022, in Kingman, Arizona.

One of those families looking for justice is the Pattillo family. Cullin Pattillo has lived in Kingman his whole life; he works for Mohave County as the Development Services Department’s environmental quality engineering manager. His dad and aunt were both downwinders; his aunt died in 2007 from cancer related to radiation exposure. His dad, Eddie, was also a lifelong Kingman resident and died in April of this year after bouts with cancer.

Pattillo says he’s concerned about his generation and exposure, as well. Even though he wasn’t alive during the nuclear testing, he’s worried about how the radiation is concentrated in the food chain. He says both he and his sister have had thyroid issues during their lives, though fortunately not cancer.

The Show spoke with Pattillo to learn about his concerns, and how the effects of radiation have affected him and his loved ones.