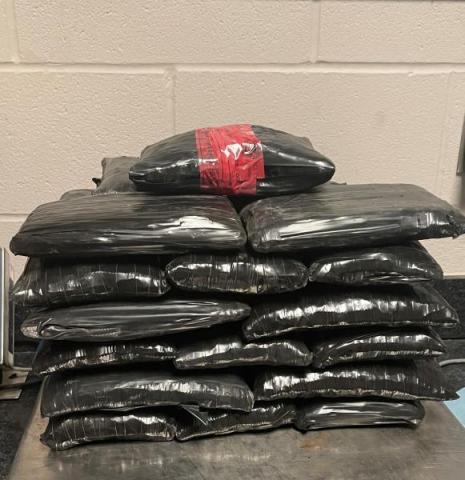 It was one of many instances where elected officials in Arizona and around the country have linked the increased number of migrants at the the border to the rise in fentanyl seizures. Many have insisted lifting pandemic-era restrictions on asylum like Title 42 will make it worse.

"The overwhelming majority of fentanyl that is coming across the border is coming into the United States at ports of entry in passenger vehicles and usually smuggled by U.S. citizens," he said.

Reichlin-Melnick said that's consistent with data the Department of Homeland Security has long reported. For his report, which appears on social media, he compiled Customs and Border Protection press releases and Twitter posts over the last six months. He found out of a total 89 fentanyl seizure events, just three involved undocumented people.

CBP data shows 411 fentanyl seizures along the southwest border over the last six months, but that only breaks data down by drug type, weight and location, rather than by nationality or mode of transport. Reichlin-Melnick says his report doesn’t show the full picture because CBP doesn’t post about every seizure, and reporting can differ from place to place.

What it does show, he says, is a clear pattern that doesn’t include the migrants.

NEW! I cataloged every CBP press release and official Twitter post about fentanyl seizures at the southern border over the last 6 months. The data makes it crystal clear—it's not migrants.

Only TWO publicly-reported seizures were linked to people crossing between ports of entry. pic.twitter.com/eBM9oJn8Rw