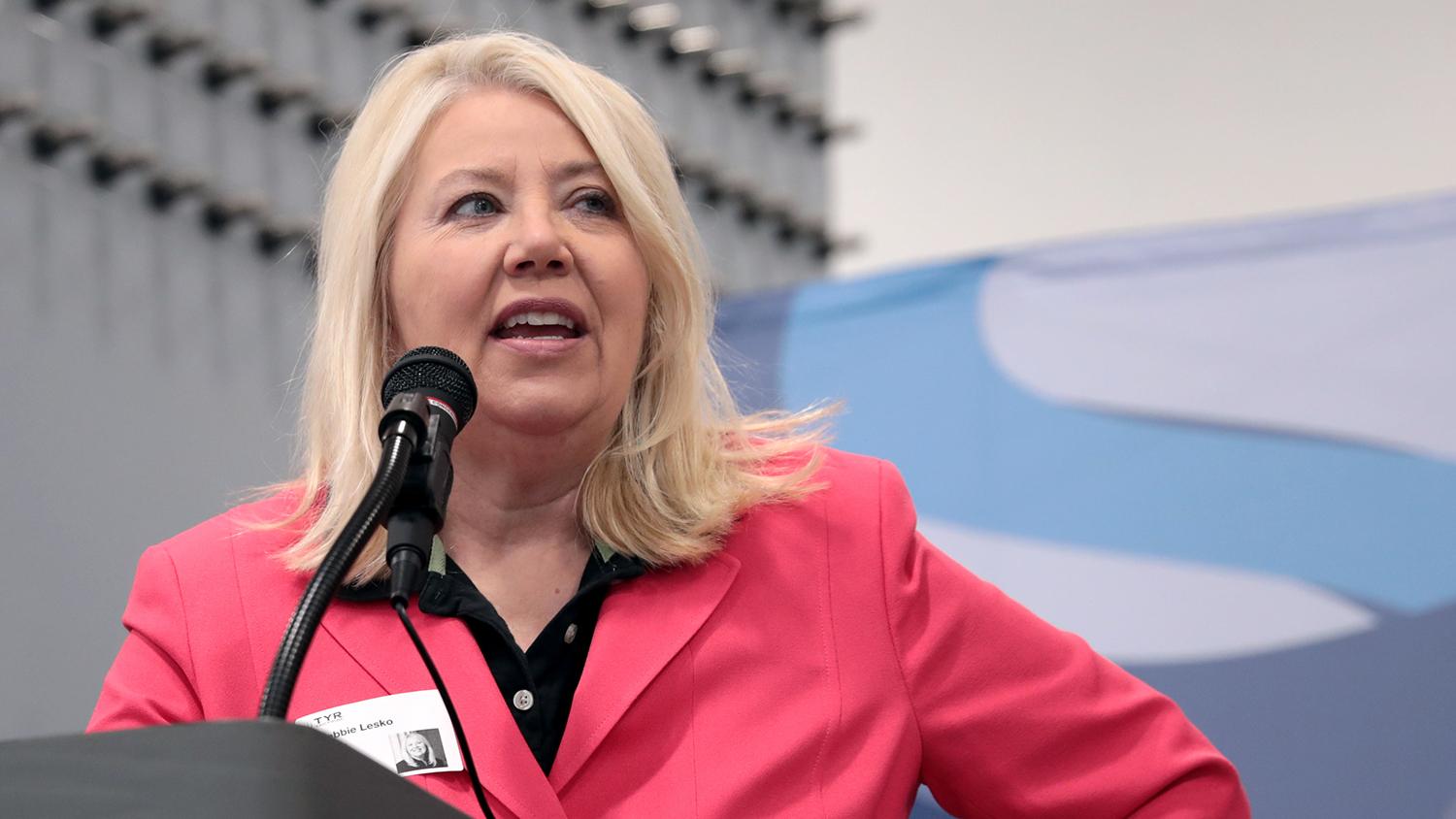 Gage Skidmore/CC BY 2.0
U.S. Congresswoman Debbie Lesko speaking with attendees at an event in Peoria, Arizona, in March 2022.

Arizona Republican Congresswoman Debbie Lesko, who represents the state's 8th Congressional District, was heckled and exited the stage during a commencement speech at a high school graduation ceremony on Friday.

The Arizona Virtual Academy’s ceremony was held in Glendale, close to Lesko’s district.

“I thought it was very inappropriate, and I was honestly really shocked that that was even allowed. I don’t know who OK'd that,” said Juliana Butler.

She says Lesko failed to mention the graduates and their accomplishments, and polled the audience on school choice and federal student loan forgiveness.

“I have heard other commencement speakers make speeches, and they were just very motivating. Nothing to do with politics, or religion or anything. It was just about the graduates. And she seemed to not grasp that and not put that like in her speech at all,” said Juliana Butler.

She says Lesko encouraged attendees to sign up for her personal newsletter and that Lesko brought voter registration forms to the event.

Charlie Butler, Juliana’s father, attended the ceremony and spoke out during Lesko’s speech. He says he and others were frustrated that the speech appeared to be about politics, rather than the graduates.

Juliana’s mother, Sophia, says they were unaware Lesko would be speaking at the ceremony until they arrived.

“We did not know until we grabbed the program, I'd say half an hour before the ceremony. We looked through all the speakers, and I noticed that she was on there,” said Sophia Butler.

“She did end with saying, you know, ‘God bless the students’, basically, ‘God bless every one of you,’ or something like that. At that point, I was just sitting there in total amazement,” said Ameigh.

“The students were visibly angry, and he was like, ‘Well, you know, your voice is being heard today,’ and, ‘We got your back,’ was basically the message that they gave to the students,” said Parr.

Lesko told KJZZ News on Sunday the speech was meant to be interactive and to encourage graduates to register to vote. She says she chose to leave the ceremony after the school’s director told her to change her speech.

“I can deal with hecklers. But, I believe that the executive director of the school made a big mistake. Because I believe that he now taught all of those graduates that if you heckle somebody, you win,” said Lesko.

Lesko says that while no one edited her speech before the day of the ceremony, she delivered the same speech without interruption for a different ceremony earlier that day, with the same director present.

As of Sunday evening, Stride, the company that runs Arizona Virtual Academy, has not provided comment on the events.