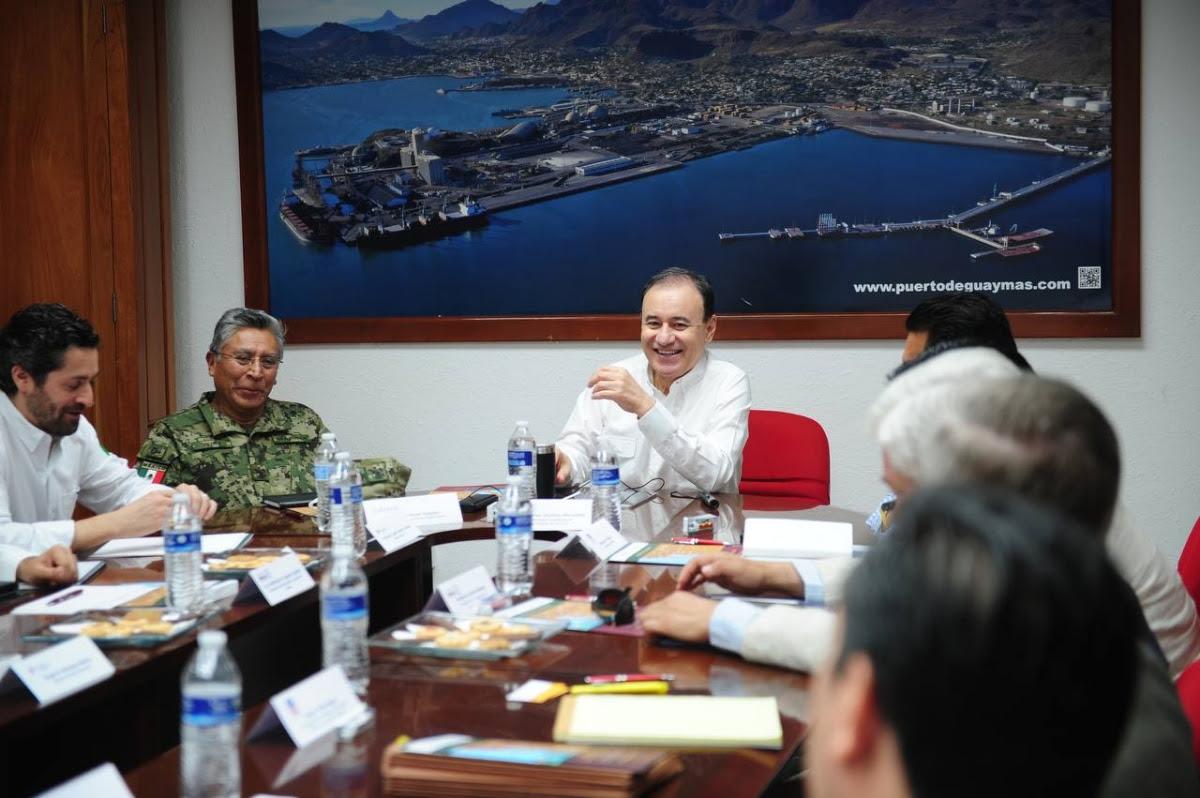 Gobierno de Sonora
Sonoran Gov. Alfonso Durazo (center) meets with the leaders of Union Pacific and Ferromex on May 18, 2022, to discuss moving railway tracks in Nogales, Arizona, and Sonora.

The governor of Sonora met with the leaders of U.S. and Mexican railway companies this week to push for railroad tracks that run through the downtowns of both Nogales, Arizona, and Sonora to be moved.

In a meeting with leaders from the rail companies Union Pacific and Ferromex, Gov. Alfonso Durazo said even with only a few trains crossing daily, the location of the tracks is inconvenient and dangerous for residents of Ambos Nogales.

But planned modernization projects in the Sonoran port city of Guaymas, he said, will significantly increase cross-border trade. In turn, the number of trains running through the cities is likely to increase at least five fold, adding to the hassle and risk for Nogales residents.

Union Pacific previously told KJZZ News it has no plans to move the tracks on its own. But Durazo says the Mexican government is prepared to invest more than $36 million toward the project.