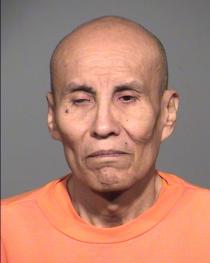 The first execution in Arizona in nearly eight years was carried out more smoothly than the state’s last use of the death penalty, when a condemned prisoner who was given 15 doses of a two-drug combination gasped for air hundreds of times over nearly two hours.

The lethal-injection death of Clarence Dixon on Wednesday at the state prison in Florence for his murder conviction in the 1978 killing of 21-year-old Arizona State University student Deana Bowdoin appeared to follow the state’s execution protocol: After the drug was injected, Dixon’s mouth stayed open and his body did not move. He was declared dead about 10 minutes later.

But death penalty experts Thursday that said the estimated 25 minutes it took medical staff to insert an IV into Dixon’s body was too long. The workers first tried and failed to insert an IV into his left arm before they were able to connect it in his right arm. They then opted to access a vein in his groin area for another IV line.

Deborah Denno is a law professor at Fordham University. She says the Arizona Department of Corrections should have provided more details about the process.

“They have great detail about what he ate, you know, his last meal," Denno said. "This is the irony of the lethal injection procedures. But very little information about how the execution occurred, except that it lasted too long, they couldn’t find a vein, and they had to do a cutdown procedure.”

Denno noted the use of the cutdown procedure, which involves making an incision, as problematic.

"That's an extreme and antiquated procedure, which just suggests that whoever was doing that was desperate and didn't know what they were doing," Denno said.