Suns fall flat against Dončić and the Mavericks, lose Game 6 113-86 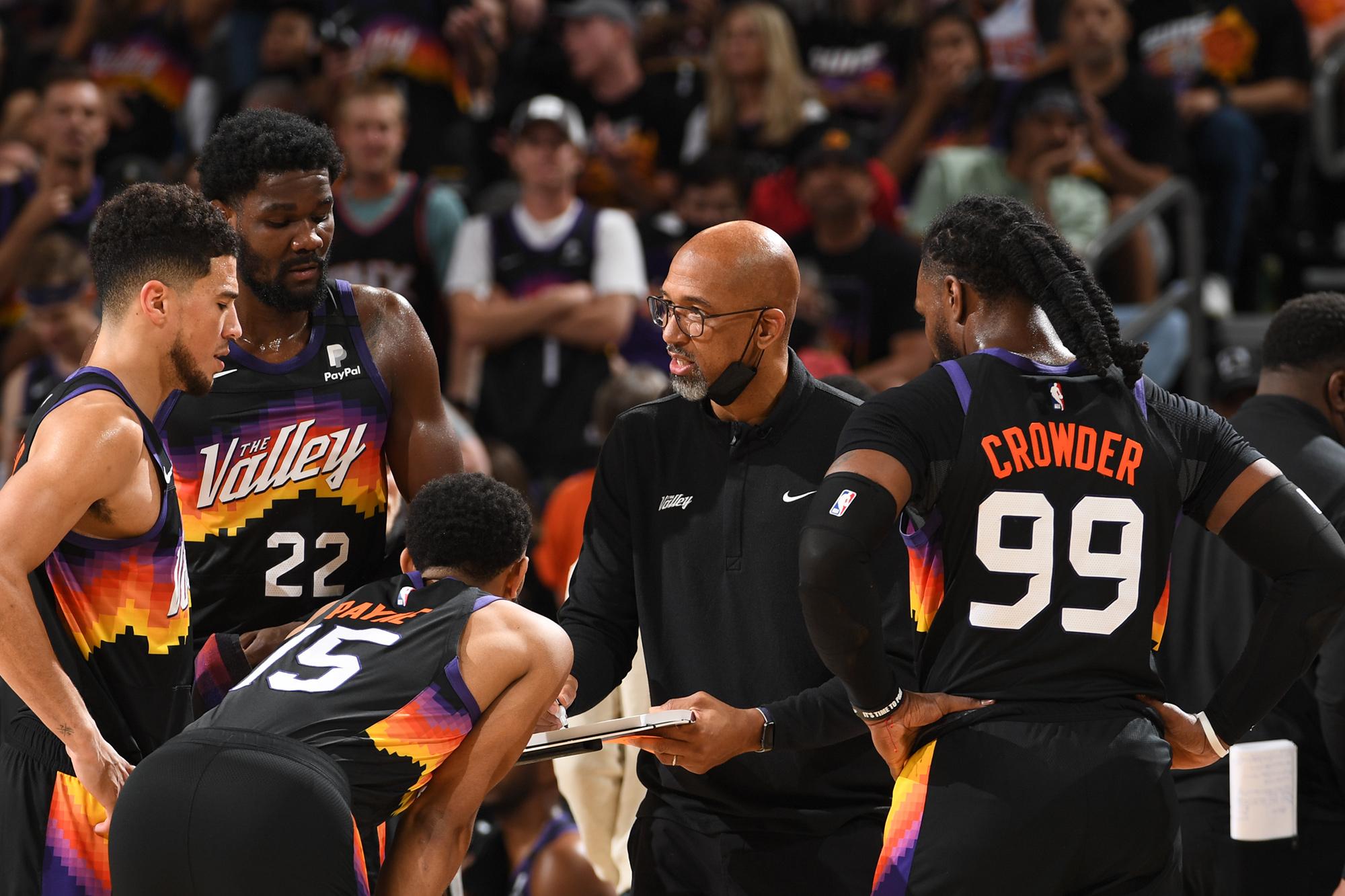 Luka Dončić scored 33 points and the Dallas Mavericks beat the Phoenix Suns 113-86 on Thursday night to force a Game 7 in the Western Conference semifinals.

The home team has won all six games, none with a final margin closer than seven points. The deciding game is Sunday in Phoenix.

The Mavericks won when facing elimination for the first time in three tries with Dončić, their three-time All-Star.

The two losses came against the Clippers the past two seasons, including Game 7 in Los Angeles last year after the visitors won the first six games, a first in the playoffs. Dallas is playing beyond the first round for the first time since winning the title 11 years ago.

The Suns, seeking a second consecutive trip to the West finals, are going the distance in a series for the first time in two postseasons with Chris Paul and Devin Booker. The previous three went six, including Phoenix's loss to Milwaukee last year in the NBA Finals.

The top-seeded Suns were held to a season low in scoring — regular season or playoffs — for the second time in the series.

Reggie Bullock scored 19 points and Jalen Brunson added 18 for Dallas. Spencer Dinwiddie had a series-high 15, all on 3s (5 of 7).

Dončić played through an apparent left leg injury that sent him to the locker room when he would have been out of the game anyway in the second quarter. He returned to the bench and rode a stationary bike before re-entering the game.

Soon after, the Mavericks went on a decisive 19-5 run to finish the first half, turning a two-point lead into a 60-45 halftime edge.

It was a home-team replay of the third quarter from Game 5, when Phoenix went on a 17-0 run for an 18-point lead and ended up winning by 30.

Dončić, who had 11 rebounds and eight assists, fought his shot while fighting the injury early, but had a 3 on the late first-half run and scored 10 in the third to help the Mavericks push their lead to 22 (94-72).

Paul mostly avoided the problems with turnovers and fouls that cost the Suns in the first two losses in Dallas. But the 37-year-old point guard was never much of a factor, getting just seven shots.

Booker was stuck on eight points while Dallas pulled away in the second and third quarters, opening the second half with a miss on an ill-advised 3 and not scoring again until the Suns were down 21 late in the third.

Deandre Ayton received a technical foul for taunting after hitting Luka in the head on this dunk. pic.twitter.com/SrrzeRopy8

Ayton elbowed Dončić in the face on a dunk in the third quarter. Dončić was called for a defensive foul; Ayton got a technical for taunting. Dončić missed the technical free throw, and Ayton finished the three-point play. Bismack Biyombo didn't have the same impact as the replacement for JaVale McGee, who didn't play for the first time in the series. Biyombo had four points and three rebounds in 14 minutes.

This was the 10th consecutive time this season the Mavericks have answered a loss of at least 20 points with a victory. Dallas recovered from a slow start from 3 to finish 16 of 39 (41%) while holding the Suns to 40% overall for the game.