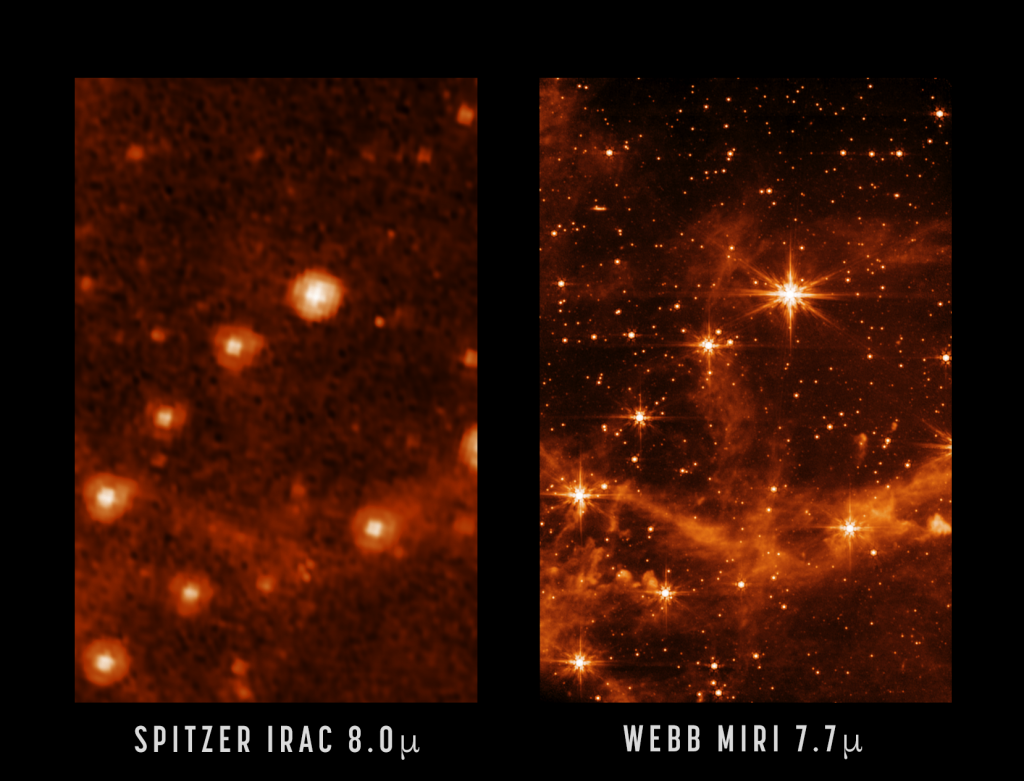 All four of the instruments on NASA’s James Webb Space Telescope are aligned and are in the home stretch of testing.

Test images from the Mid-Infrared Instrument are much more clear and crisp compared to the previous infrared images taken from NASA’s Spitzer Space Telescope.

Each of Webb’s 18 mirrors are larger than the single one on Spitzer.

University of Arizona’s Marcia Rieke is the principal investigator for the near infrared instrument. She says infrared telescopes have always been too small to take the same kind of quality picture as Hubble.

“We have never had the ability to observe from space at these wavelengths with this kind of detail” Rieke said.

The first pictures are slated to be released in the coming months, but NASA is keeping the first target a secret.