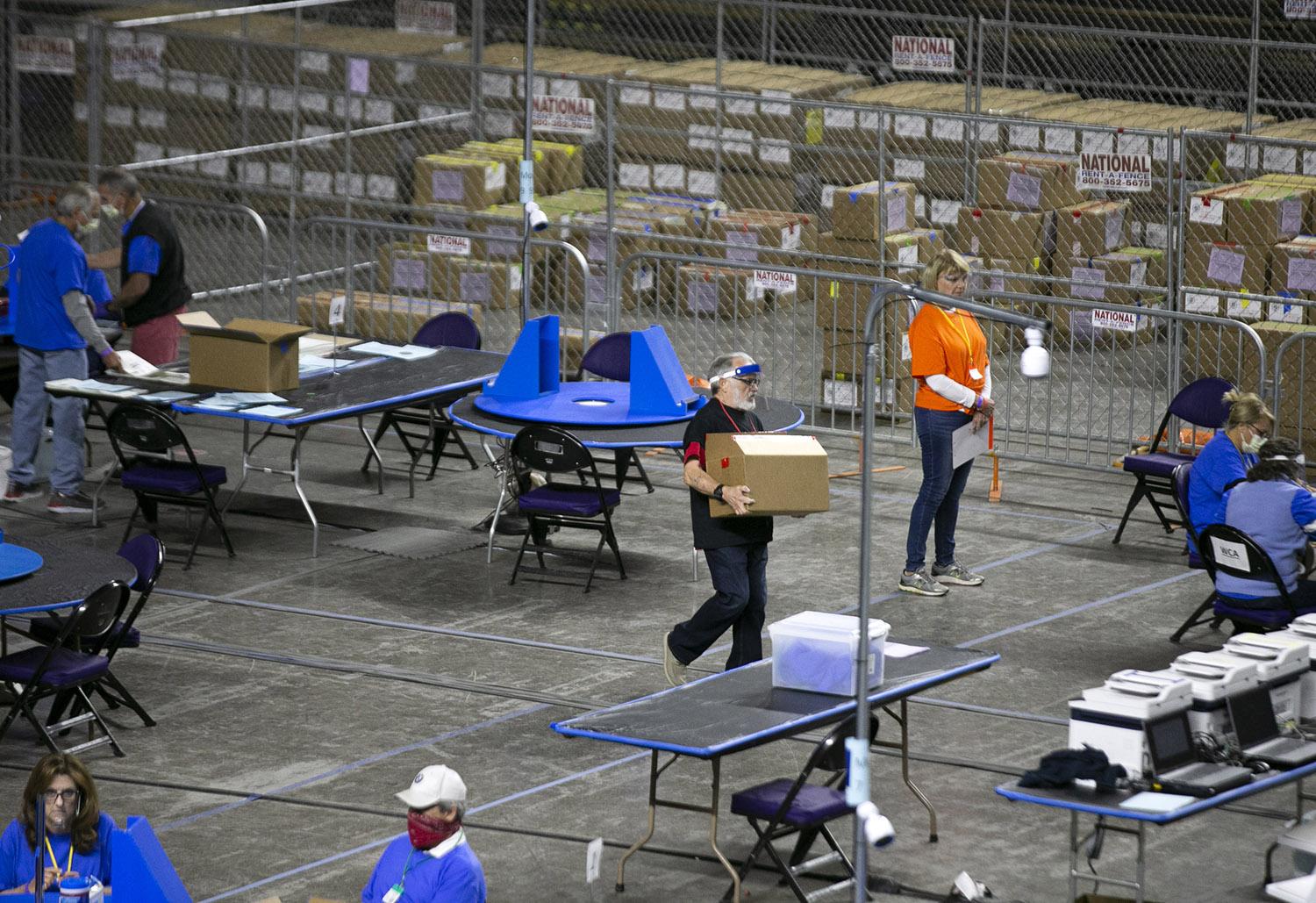 Michael Meister/Arizona Republic/Pool
Maricopa County ballots from the 2020 general election are examined and recounted by contractors hired by the Arizona Senate in an audit at the Veterans Memorial Coliseum in Phoenix on May 11, 2021.

An attorney for state Senate President Karen Fann is making another attempt to keep more than 700 public records related to the audit of the 2020 election secret.

Kory Langofer told the Arizona Supreme Court that the conversations around the audit could result in future legislation, and thus fall under legislative privilege.

Not all the justices were convinced that those conversations were policy discussions that need to be private.

"It doesn't allow a trial judge to fairly determine whether or not, in fact, that particular communication does fall within the proper ambit of legislative privilege." Justice William Montgomery said.

Andy Gaona representing American Oversight, which is suing for the records, says such a ruling would leave groups without the ability to seek judicial review when records are withheld due to legislative privilege.

"The burden is on the public body to establish that a record that is presumptively public, to get to Justice Montgomery's question, should be withheld because it's detrimental to the best interests of the state." Gaona said.

While the Senate has surrendered some of the records, it has withheld various documents, including communications between Fann, Sen. Warren Petersen, and auditor Cyber Ninjas’ liaisons.

No ruling date has been set, but what the court decides could create new legal precedent for public records requests.