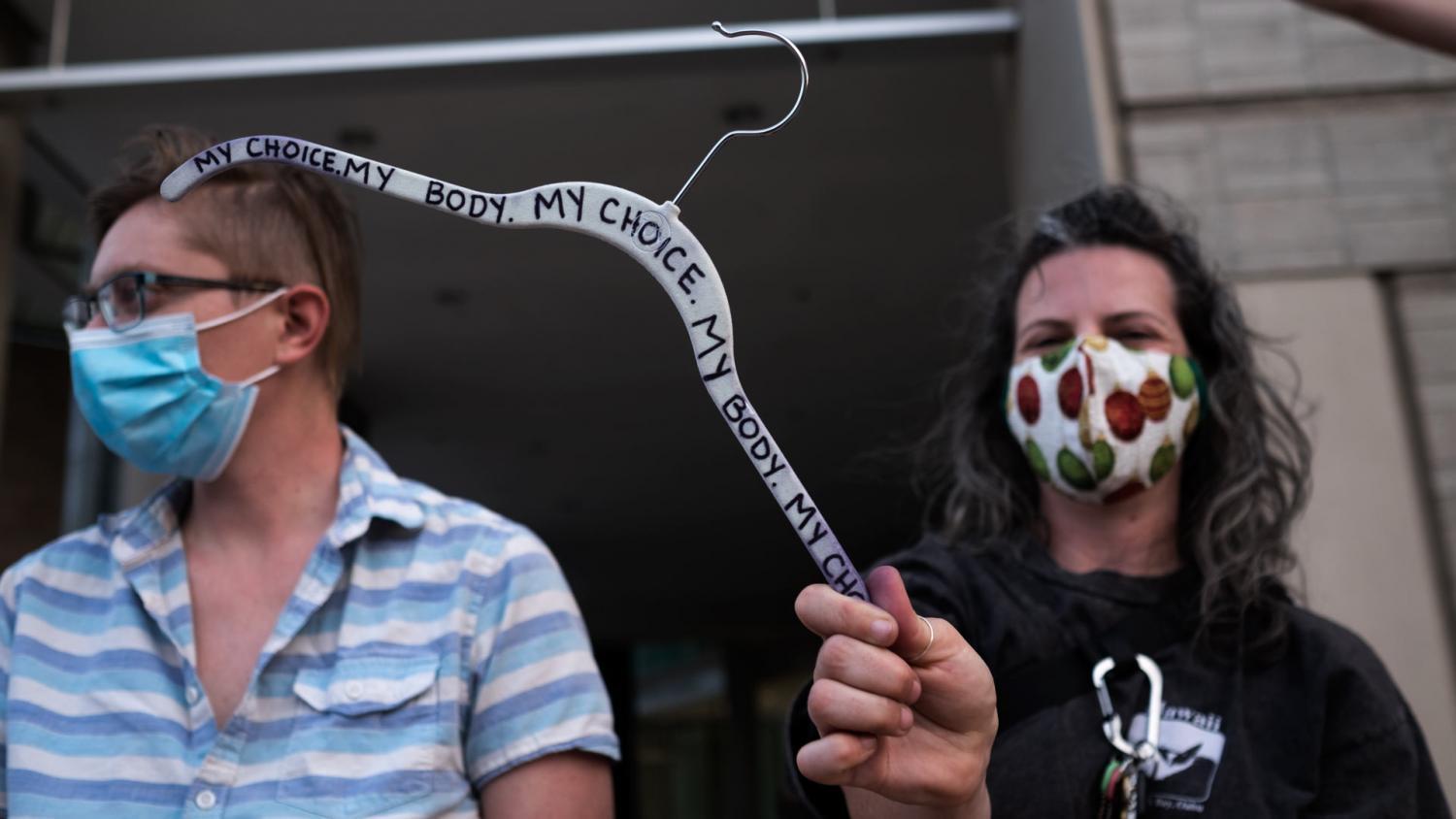 Alisa Reznick/KJZZ
A protester holds a hanger with "my body, my choice," written in marker, in Tucson on May 3, 2022.

Hundreds of people gathered in downtown Tucson on Tuesday night to protest the leaked Supreme Court draft opinion overturning Roe v. Wade. The court has verified the document’s authenticity, but it’s not a final ruling.

Protesters gathered in front of the Evo A. DeConcini U.S. Courthouse and marched through downtown Tucson. Volunteers circulated with clipboards registering people to vote and speakers shared stories about their own experiences. 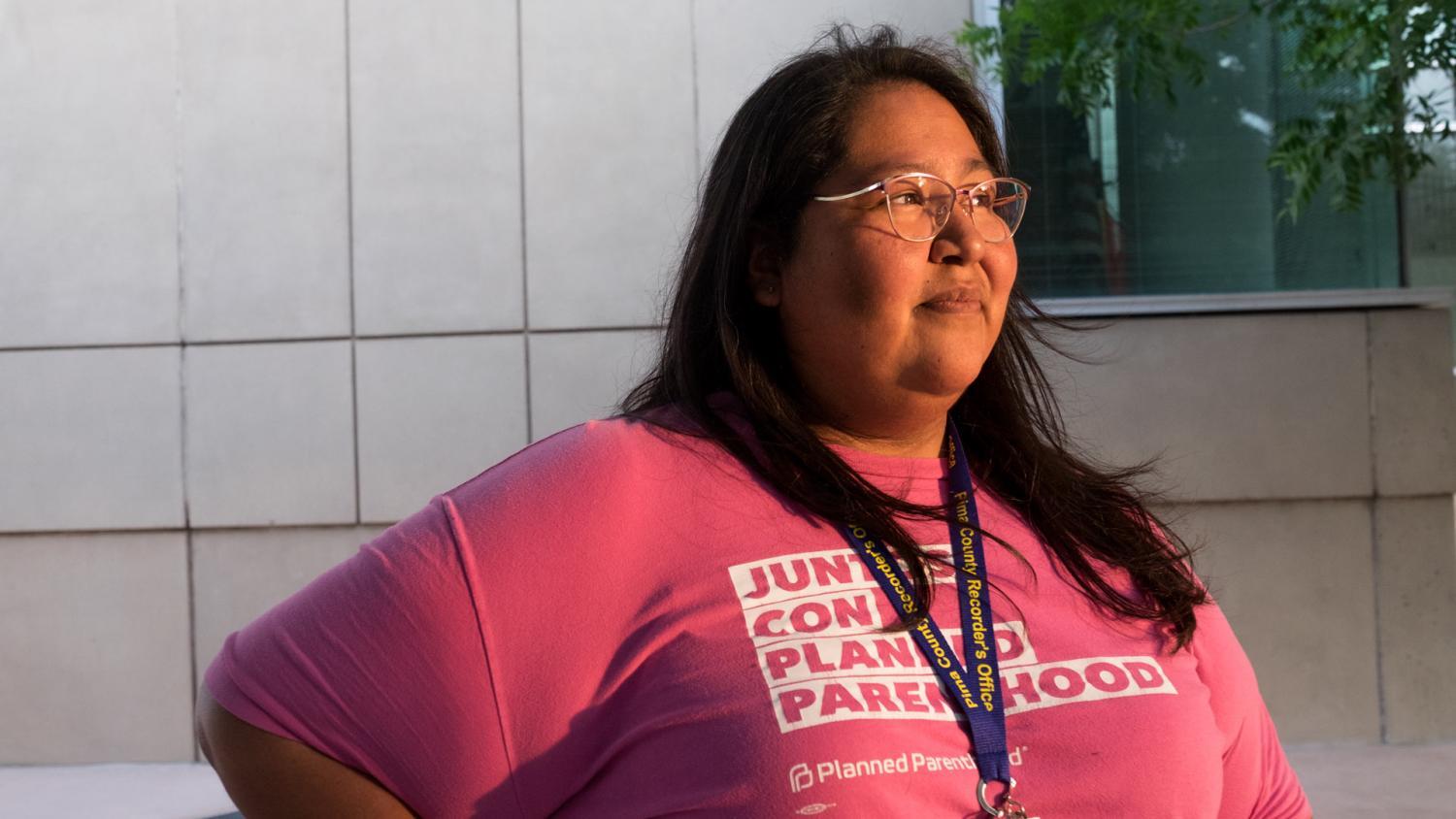 Alisa Reznick/KJZZ
Pima County Recorder Gabriella Cázares-Kelly stands for a portrait at the federal courthouse in Tucson on May 3, 2022.

"This such an important issue that impacts every single demographic that I care about, I needed to be out here to lend my body to support," she said. "This issue is at the center of equity, it really does intersect with so many other issues, you think about workers rights, abortion is a workers right, health care, education, LGBTQ issues."

Akiba didn’t want to give her last name, but at 79, she said she’s lived a lot of different realities of reproductive rights in the U.S. She’s had two abortions — one before Roe v. Wade.

Akiba said she came to support other women.

Sarah Artzi is a volunteer who accompanies people to Planned Parenthood in Tucson.

"Thank goodness there are provisions in place right now, and our role is to help people access that easily. But there are people there everyday that are making that difficult. There are protesters in front of the clinic," she said. 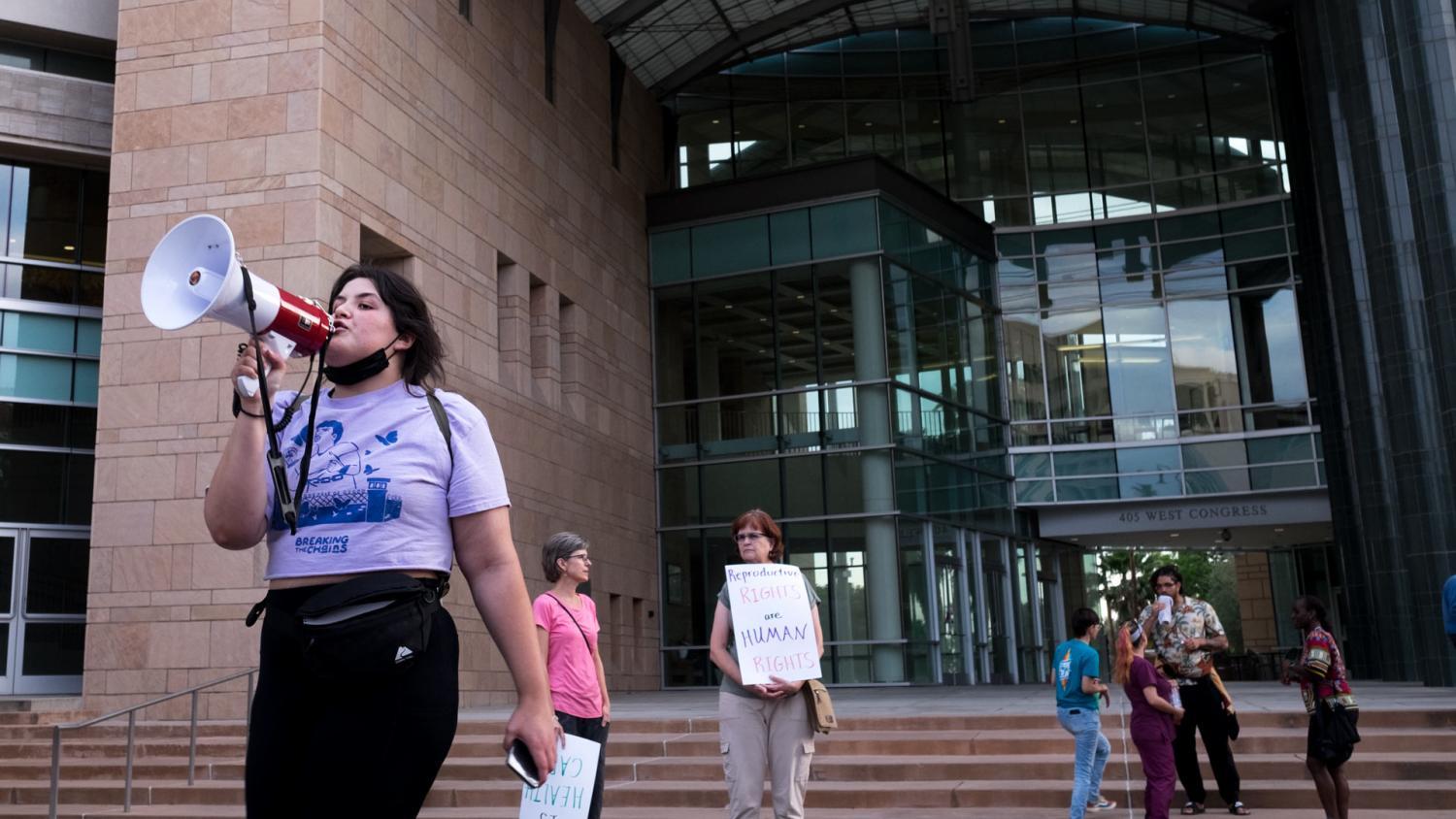 Alisa Reznick/KJZZ
A protester speaks to the crowd in front of the federal courthouse in Tucson, where hundreds gathered on May 3, 2022.

After hearing the news on Monday, Artzi said she was still in shock. "I still have no words, I feel so defeated, and it's not even official yet, it's just been so demoralizing," she said. "I took it for granted, as a 56-year-old, over the last 50 years, it's been unquestionable."

Artzi said she and other volunteers will continue to spread the word that for now, services in Arizona are safe, confidential and accessible.

EDITOR’S NOTE: This story has been updated to correct the spelling of Sarah Artzi’s name. 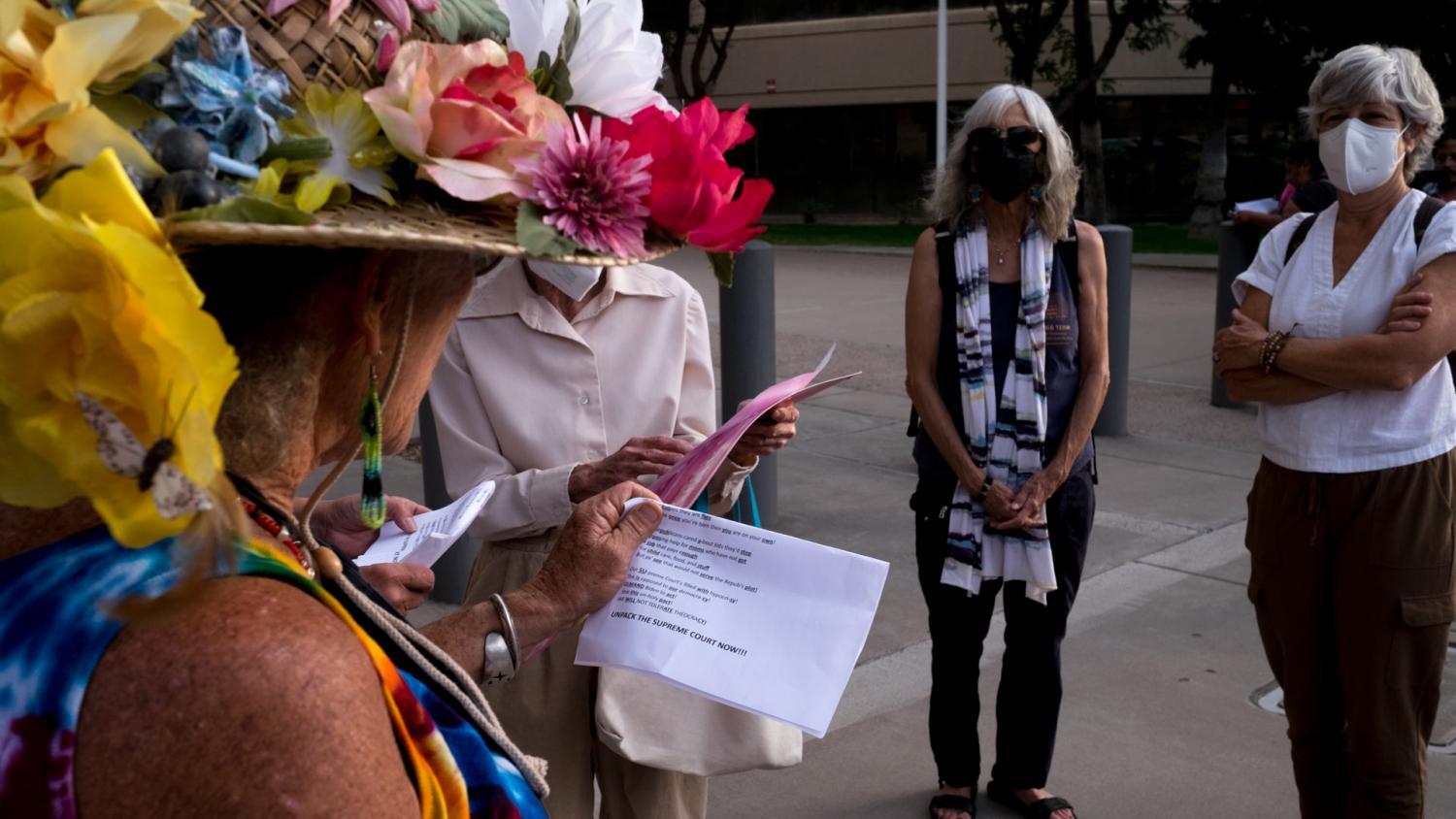 Alisa Reznick/KJZZ
Protesters sing lyrics from a page at the federal courthouse in Tucson on May 3, 2022.
Fronteras Gender