Christina Estes/KJZZ
On May 3, 2022, the Phoenix City Council held its first hybrid meeting with in-person and online attendance and public comment.

As the Phoenix City Council prepares to approve a new budget to start in July, some members are already looking ahead to the next year.

Since the pandemic began, Phoenix has received close to $700 million dollars in federal coronavirus relief and stimulus funds. The city council directed funds for low-income housing and homeless services, small business grants, rent and utility assistance, among other things.

Councilmember Carlos Garcia wants to start talking about ways to continue some programs after the federal dollars are gone.

“Whether it’s the food programs, some of the housing assistance, those sorts of things that we’ve done,” he said. “Obviously, the pandemic was horrible but how it allowed us to assess the needs of the community in a different way.” 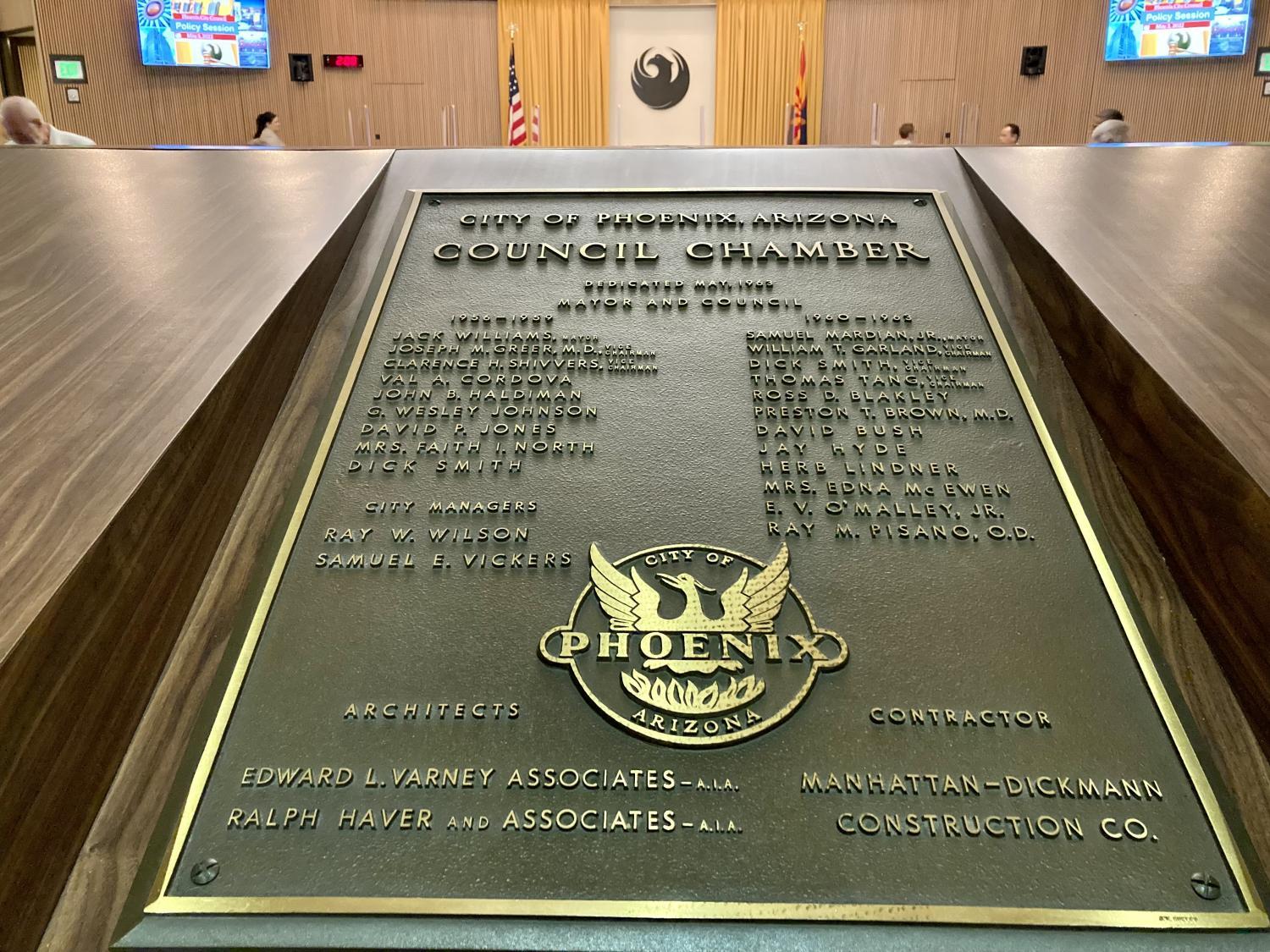 “Streets Department has given me shocking numbers about the number of people who — where we have vacancies with people who would normally be working on our roads, vacancies in the areas where we have people who normally would be cleaning our roads. So we’ve got to figure out with this compensation study what we can do to make Phoenix a more attractive employer, it’s not just police.”

The city is conducting a compensation study with the understaffed police department taking priority.

“I do look forward to the class and comp study and not just for our police department but the rest of our employees in the city of Phoenix, they are taking care of those 1.7 million citizens that we have,” O’Brien said “I hope that we will do that as expeditiously as possible.”

“Part of what we’re hoping to accomplish with the study is to understand the power needs, the infrastructure, in order to convert our fleet in the long run to electric vehicles-what we would need in place to accommodate that,” said Karen Peters, deputy city manager.

The mayor’s ad hoc committee on electric vehicles suggested the study, along with many other recommendations that are part of the city’s draft plan. Residents can view the draft on the city’s website and share their comments.