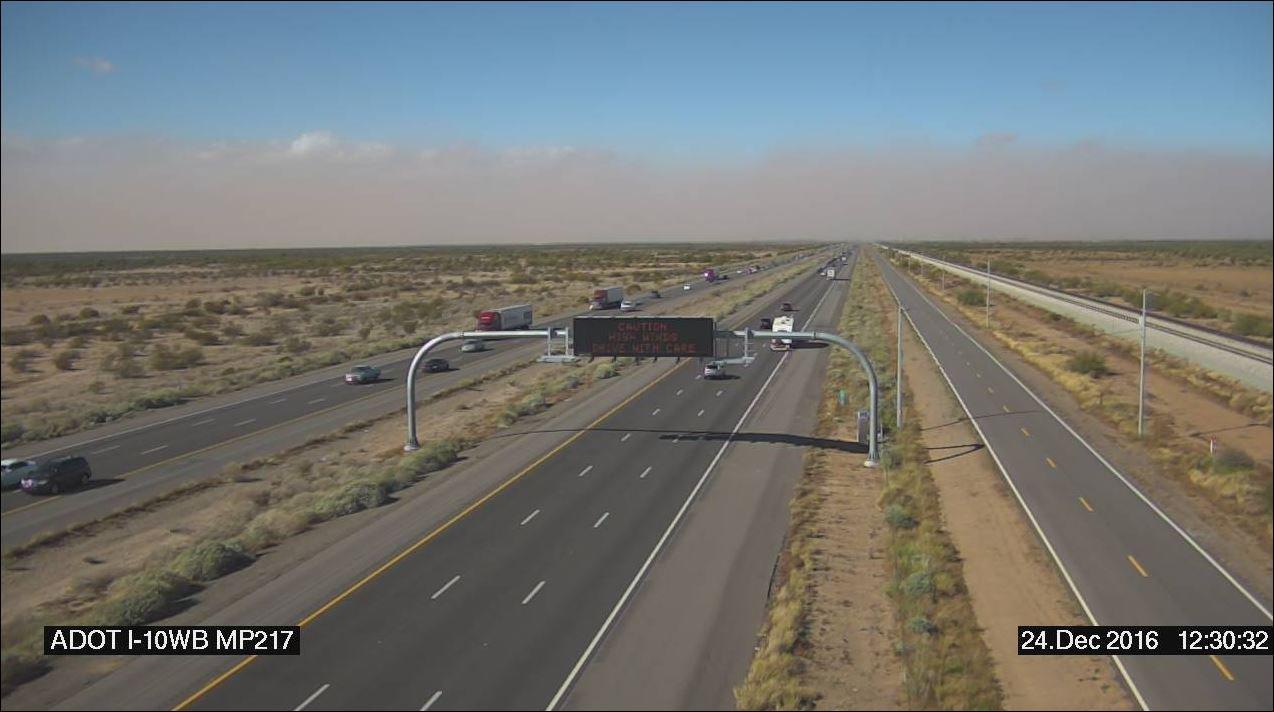 Arizona Department of Transportation
Dust rises along Interstate 10 near Picacho and milepost 217 on Dec. 24, 2016.

The Arizona House gave final approval to widening a 25-mile section of the Interstate 10 between Queen Creek Road and State Route 287.

The $400 million project will widen the stretch to three lanes in both directions.

Rep. T.J. Shope says the highway is full of people making their daily commute to work.

"The Casa Grande Chamber survey did a survey of residents. And, of those who were gainfully employed, around 60% of them traveled to Phoenix for work," Shope said.

While the funds from the state won’t completely cover the cost, Arizona Department of Transportation spokesperson Doug Nick says it will qualify the project for more funds set aside for highway improvements in the state from President Biden’s infrastructure bill passed last year.