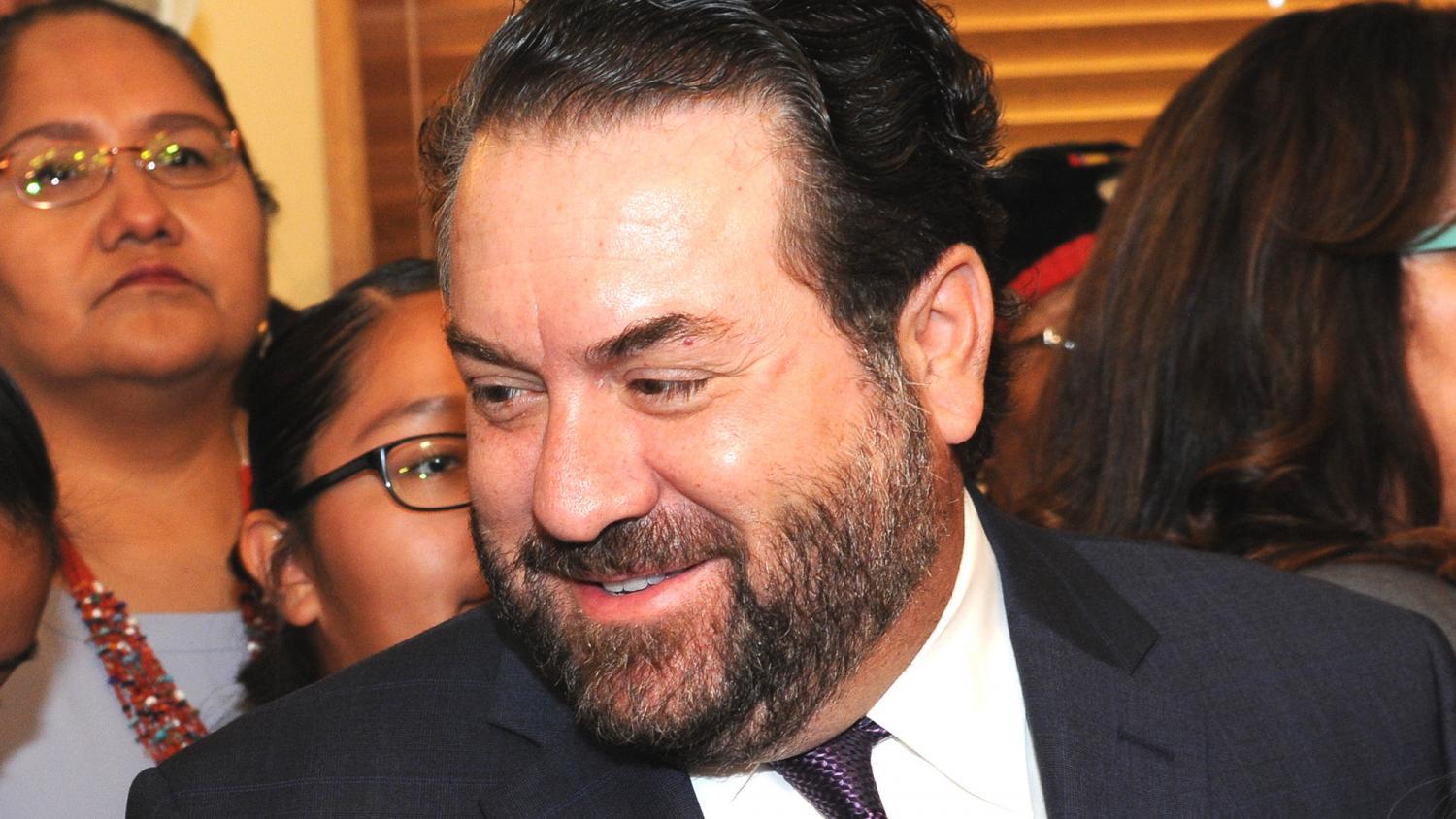 A lawsuit filed by Attorney General Mark Brnovich is largely a bid to get traction for his bid for U.S. Senate, an attorney for Secretary of State Katie Hobbs charged Thursday.

In new court filings, Roopali Desai pointed out that Brnovich waited four months after objecting to what Hobbs did and did not put in a new Election Procedures Manual before filing suit. In the meantime, she said, counties already are preparing for upcoming elections using the procedures in the prior manual, the one that Brnovich claims is no longer valid.

More telling, Desai told Yavapai County Superior Court Judge John Napper, Brnovich joined with the Yavapai County Republican Committee in bringing the claim — and then touted the lawsuit on the Twitter account he is using in his Senate race.

“The AG’s shameless use of his official office for his own political gain is nothing new, but should not go unnoticed,” Desai said in asking Napper to dismiss the lawsuit. “He certainly shouldn’t be allowed to use the judiciary to carry out his political agenda.”

There was no immediate response from Brnovich.

Whether Napper throws out the case has implications beyond Brnovich’s race for Senate and Hobbs’ bid to become the Democratic nominee for governor. It also could determine the balance of power among the top three state elected officials — the governor has a role in all this — and who gets the last word if there’s a dispute.

At issue is a requirement in state law for the secretary of state to prepare a new Election Procedures Manual every two years ahead of statewide elections.

The manual provides guidance to county officials on some of the nuts-and-bolts issues of running elections, ranging from the process of voter registration to certification of election equipment and how initiative measures should be worded on ballots.

That law also requires the secretary of state to submit the manual to the attorney general and the governor on Oct. 1 of the year before the general election, with issuance by Dec. 31.

But what happened, she said, is Brnovich insisted on numerous changes, some of which Hobbs agreed to and others which she did not. And then, Desai said, Brnovich did nothing for four months.

“Now, as his own U.S. Senate primary nears and his base has criticized him for not taking more aggressive actions against election administrators, he teamed up with his own political party to sue the secretary on the taxpayers’ dime and tout it for his official campaign,” Desai told the judge.

“In the end, his obvious political motives help explain the absurdity of plaintiffs’ claims,” she said.

But Desai said there are larger issues beyond what she said is the politics of the lawsuit. She said that what Brnovich wants is the power to tell Hobbs — another statewide official and the one charged with election administration — what rules she has to enact.

“Compelling the secretary — or any constitutionally created state officer of the executive department — to blindly abide by the AG’s commands would usher in a totalitarian regime in place of ordered democracy,” Desai said.

She said it’s even more complex than that, pointing out that, based on Brnovich’s logic, the governor also would have veto power over the manual. And if the governor disagreed with the attorney general, Desai said, that would create chaos as courts try to figure out whose views prevail.

Even leaving the governor out of it, she told Napper that the nature of the spat is reason enough for him to send Brnovich packing.

“Plaintiffs ask the court to referee a political dispute between two officials in the executive branch and force one official’s policy decisions on the other,” Desai said. “This is not the court’s role, and opening the courtroom doors to these kinds of dispute would put courts in the middle of every policy disagreement between elected officials.”

Then there’s the question of that four-month delay.

“Counties are in the middle of preparing for the Aug. 2, 2022 primary election using the 2019 Election Procedures Manual,” Desai said, the one she said remains in force because Brnovich has not approved the new one. “Upending the process now in the middle of an election year would wreak havoc on our election systems.”

In fact, Maricopa County Recorder Stephen Richer, who is a Republican, filed an affidavit saying that he already used the 2019 manual to run a Tempe city election in March and is preparing to use it again next month for a local election in Litchfield Park.

“We are also well under way in preparing for the statewide primary election on Aug. 2,” he wrote.

“Any material changes to the EPS at this point in the election year would be very disruptive to the administration of the August and November elections,” Richer said. “Shifting procedures and resources at this time would be very challenging.”

Similar sentiments came from Gabriella Cazares-Kelly, the Pima County recorder, who is a Democrat.

Desai also told the judge that Brnovich’s claim that he’s entitled to sue Hobbs for failing to produce a manual acceptable to him by the Dec. 31 deadline is a bit of selective memory.

She noted that Republican Michelle Reagan, who held the office before Hobbs, never submitted a new manual at any time during her four years in office. Yet Desai said Brnovich, who was attorney general at that time, too, never raised the issue.