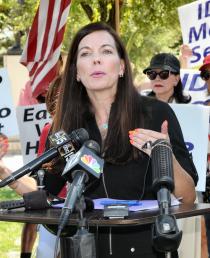 The state House of Representatives approved a measure that would curb the powers of governors’ declarations of states of emergency. The bill won’t affect Gov. Doug Ducey, however, as it will be implemented after his term ends.

The bill stipulates states of emergency can only be declared for 30 days and be extended three times for a maximum of 120 days without further approval from the Legislature.

"Having an executive who has the power to close down businesses and unilaterally make decisions that have dramatic consequences and can be abused is not in the best interest of the public," Ugenti-Rita said.

No Democrat in the House supported the measure with some saying it would create logistical problems in the future.