Q&AZ: What happened with the empty space in the middle of Interstate 10's Deck Park Tunnel? 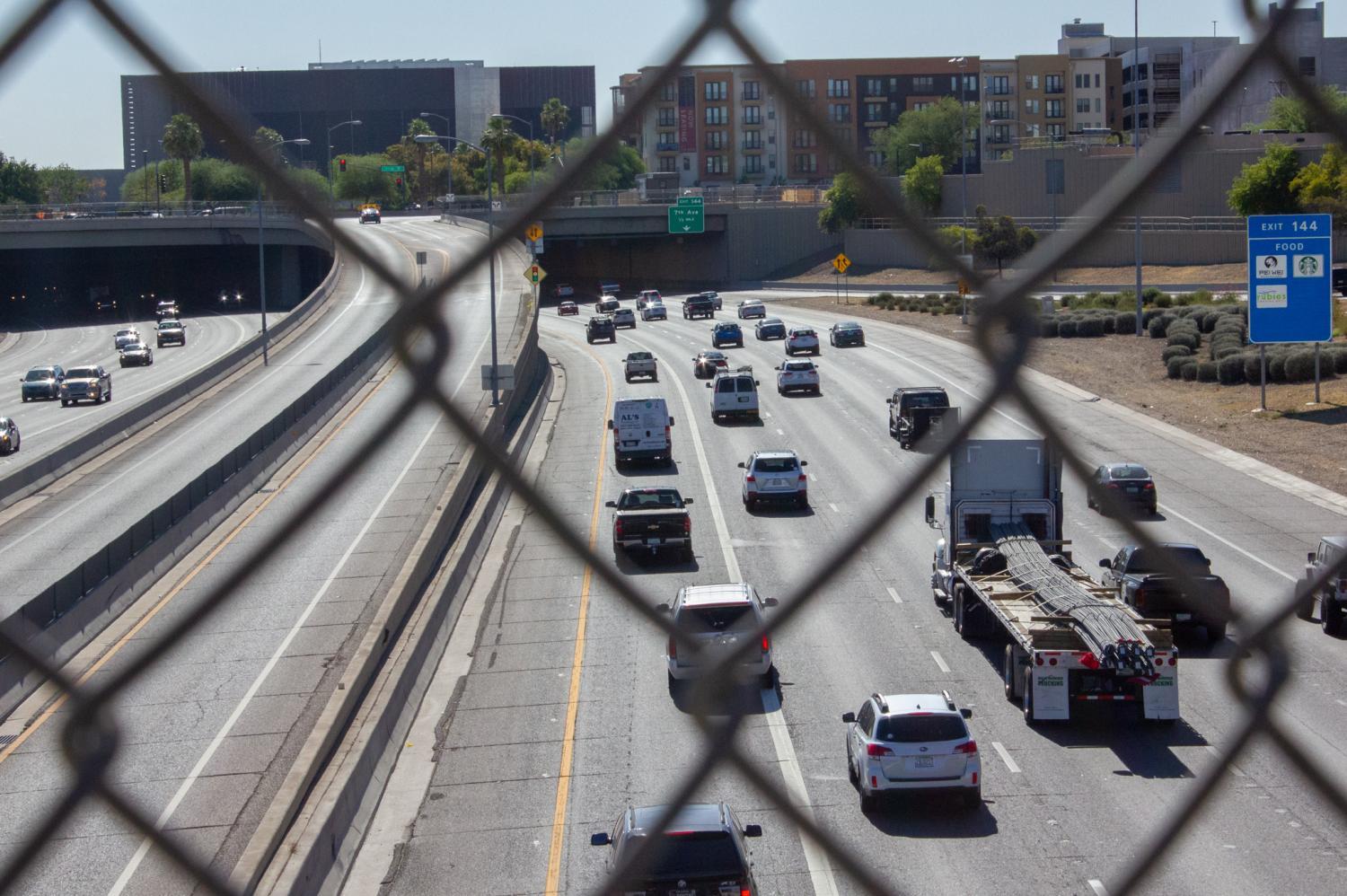 Scott Bourque/KJZZ
Rush-hour traffic heads into the westbound tube of the Deck Park Tunnel during July 2020.

Through KJZZ's Q&AZ reporting project, a listener asked: Whatever happened with the empty space in the middle of Interstate 10's Deck Park Tunnel?

When the Deck Park Tunnel under the I-10 opened in 1990, it was the last piece to connect the interstate from coast to coast.

The tunnel — which isn’t actually a tunnel but rather 19 bridges side by side — sits underneath Margaret T. Hance Park in Phoenix. If you're driving on the I-10, you can see a single empty lane in between the east and westbound lanes that is closed off by a fence. That area was originally intended to be an express bus lane and bus station, but now it’s not used and is closed to the public. The Arizona Department of Transportation uses the mostly untouched space for storage. 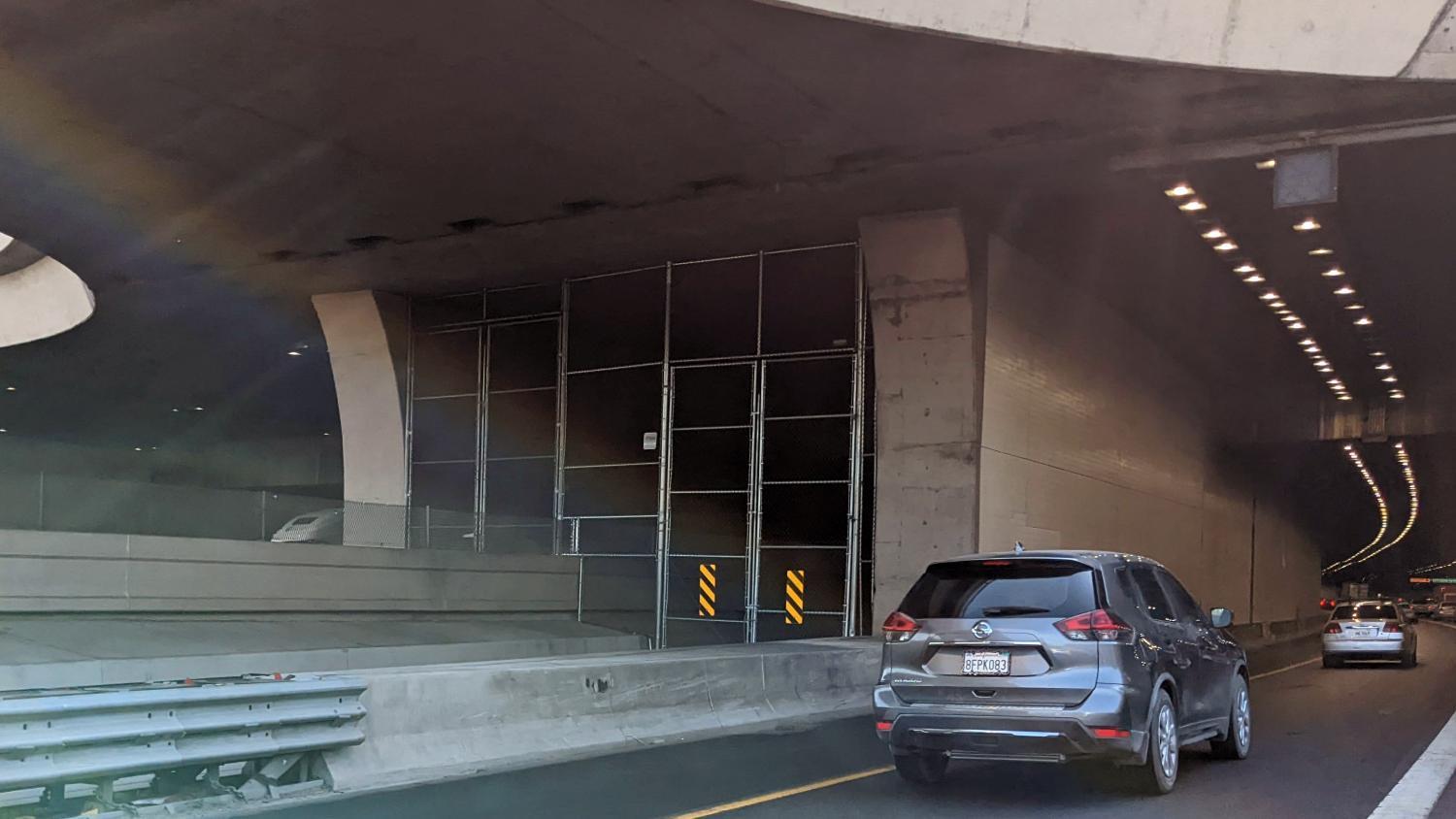 Sky Schaudt/KJZZ
The empty space in the center of Interstate 10's Deck Park Tunnel was originally intended to be a bus express lane and station.

According to Phoenix New Times reporting in 2011, despite spending over $9 million to begin construction, “the city was never able to secure the $20 million-plus in federal funds it would have taken to complete the project”," which was called the Papago Intermodal Transfer Station.

ADOT also has control rooms on the north and south sides of the freeway where they run lights and four huge ventilation fans in the tunnel. The tunnel was also the original location of the department’s Traffic Operations Center, now located near Buckeye Road and Interstate 17.

The city of Phoenix told KJZZ News recently that it has no new plans for the space. 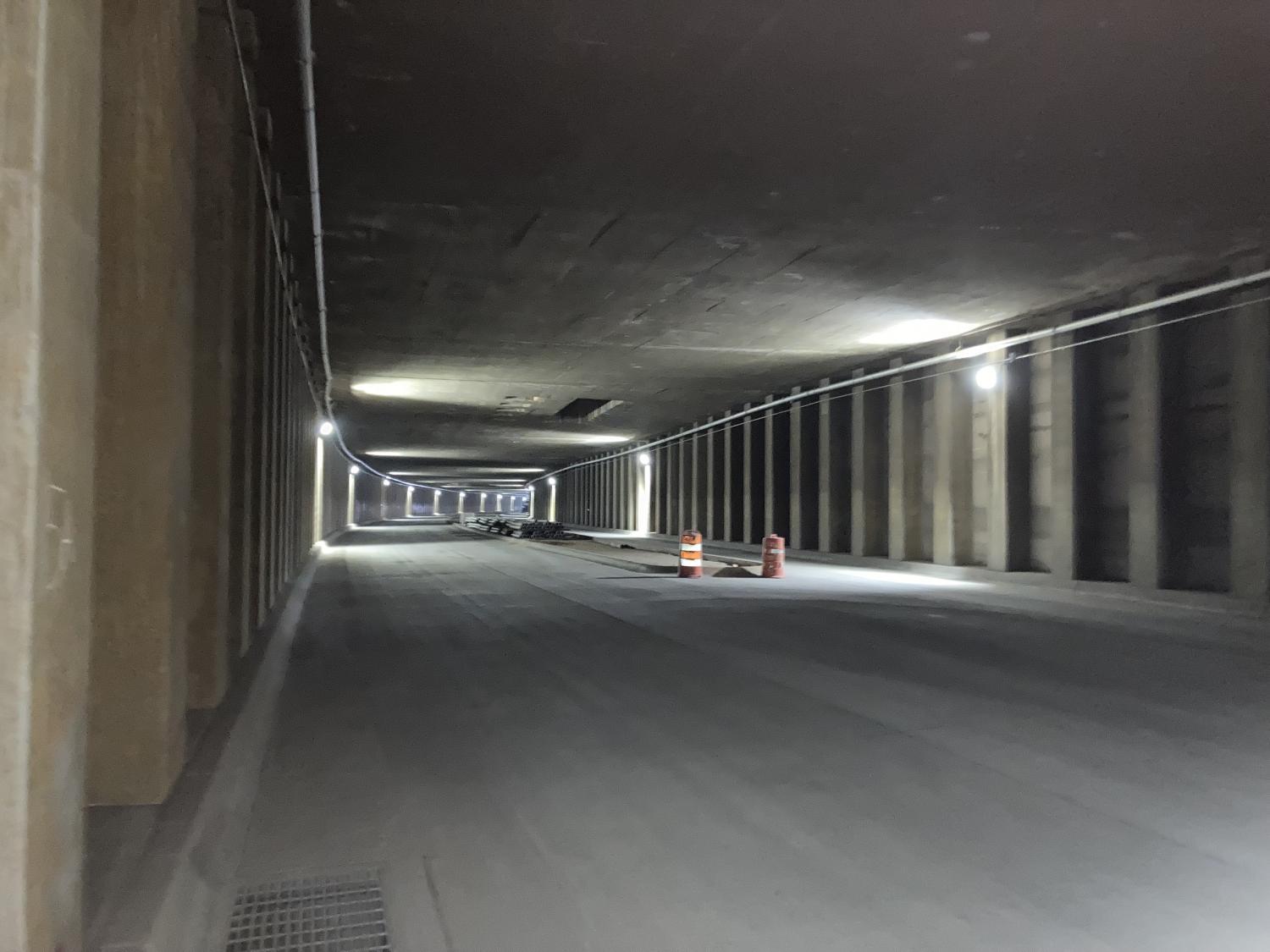 Arizona Department of Transportation
The tunnel within a tunnel seems to stretch on forever, as a few traffic cones sit in the foreground under the light.

→ Phoenix neighborhoods cut in half by I-10 are still recovering 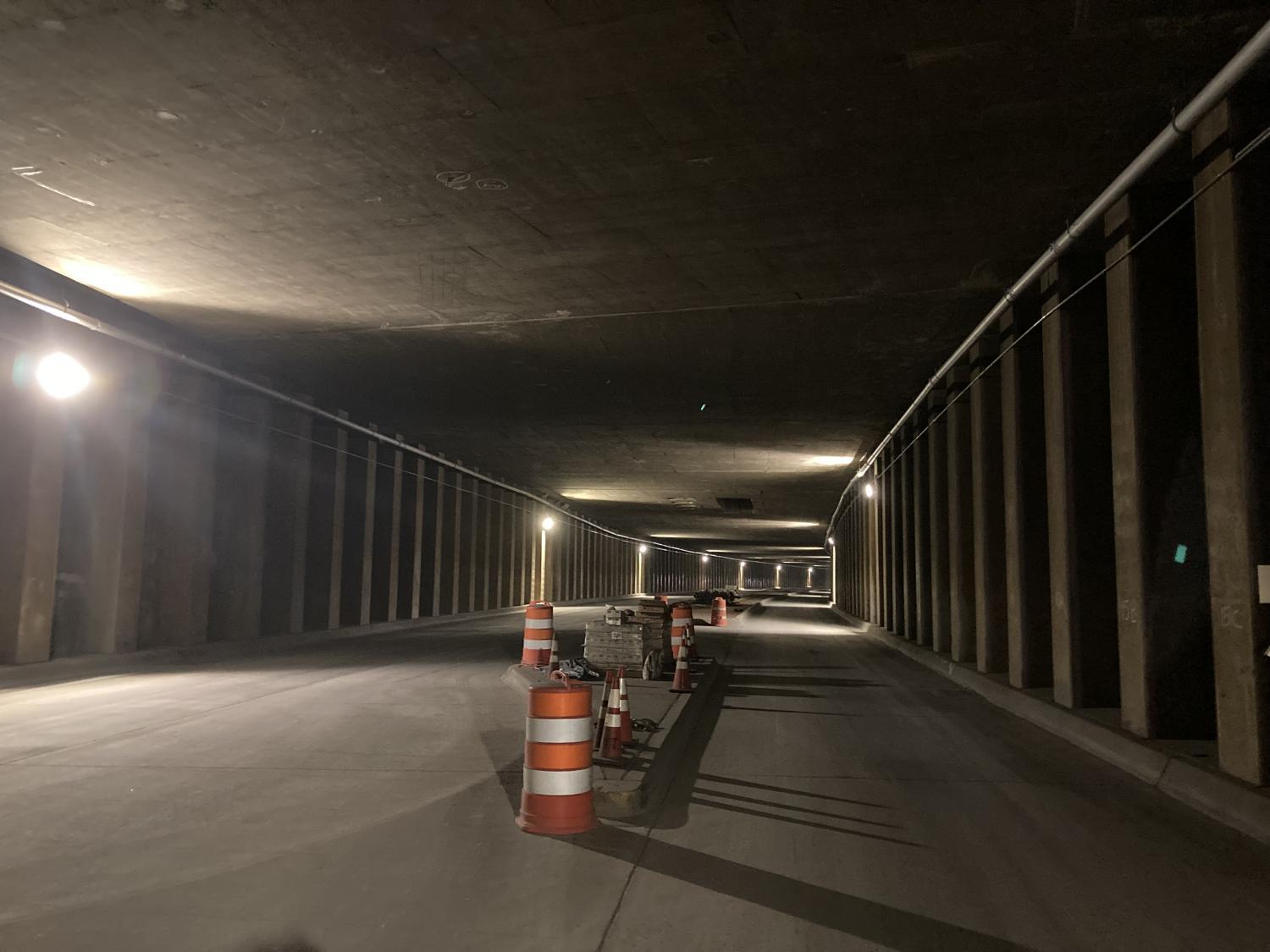 Arizona Department of Transportation
The tunnel within the I-10 Deck Park tunnel is mostly dark, illuminated every few hundred feet. The tunnel is largely empty, save for a few traffic cones and construction materials in the median. 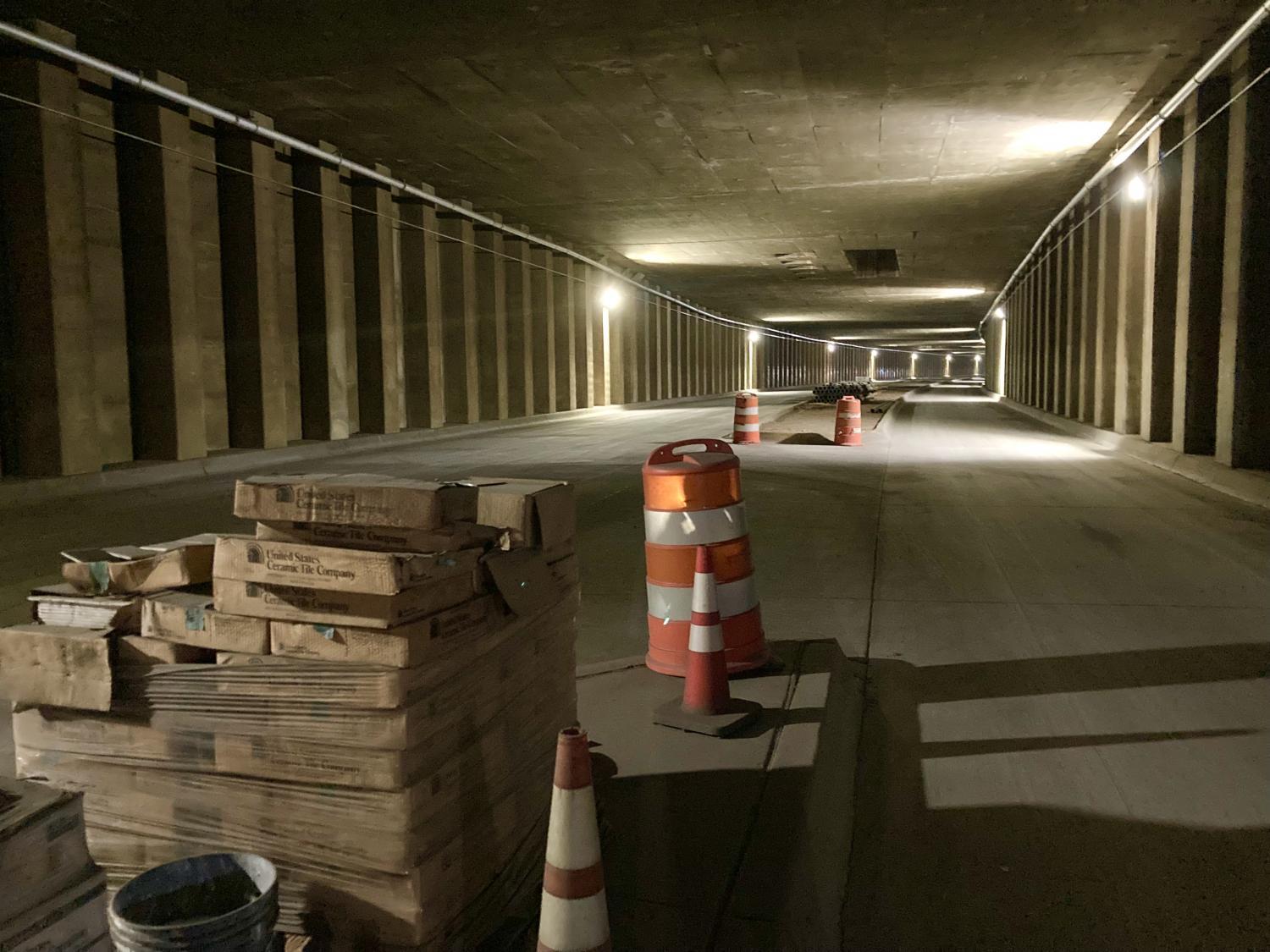 Arizona Department of Transportation
Boxes of tile, metal pipes and traffic cones are the only signs of life in this part of the tunnel, which is used for storage. 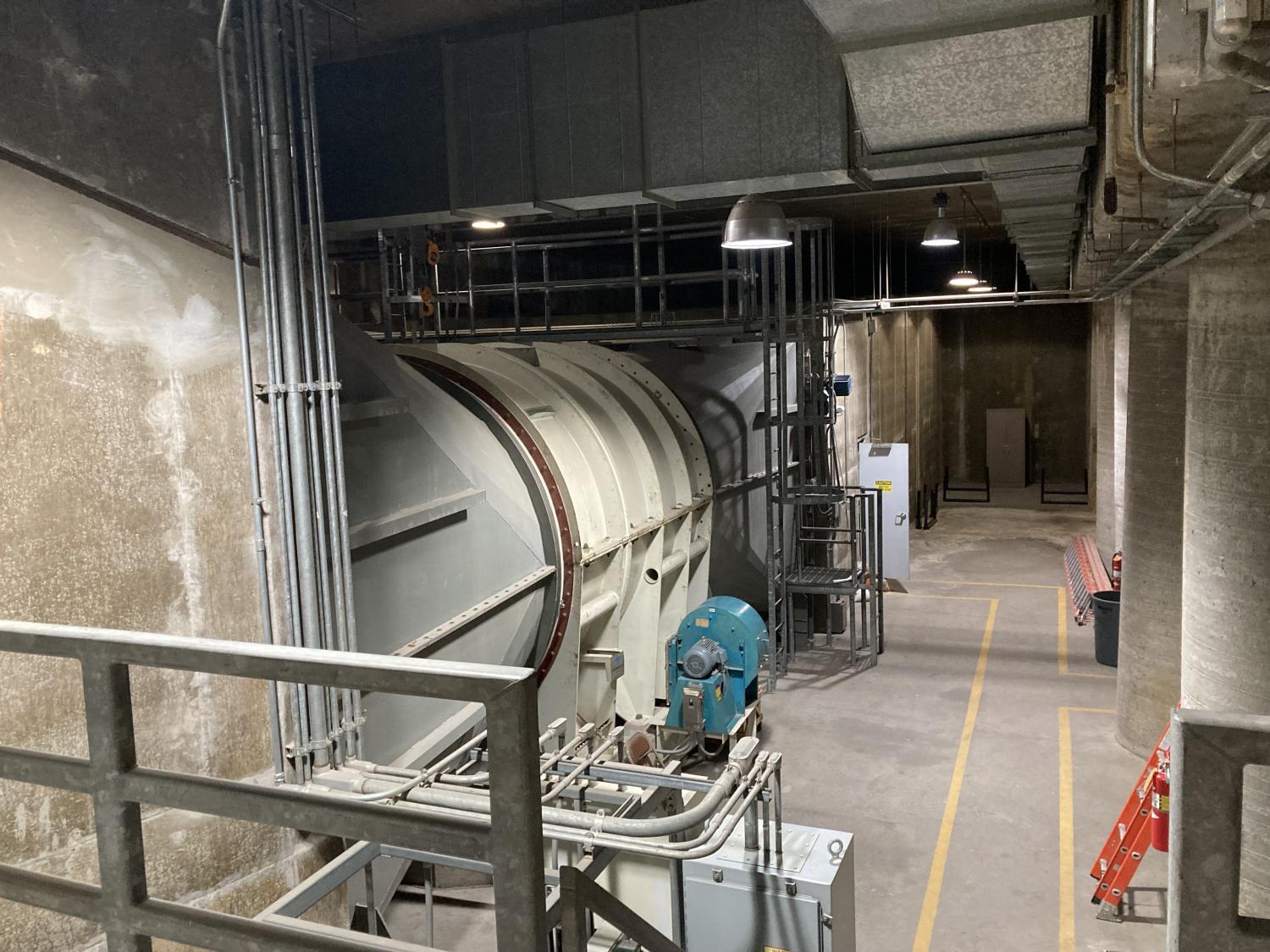 Arizona Department of Transportation
A large metal covering shields one of four jet engine-powered ventilator fans in the tunnel control room. Fans can be operated in emergencies to boost air flow and move carbon monoxide gas out of the tunnel. 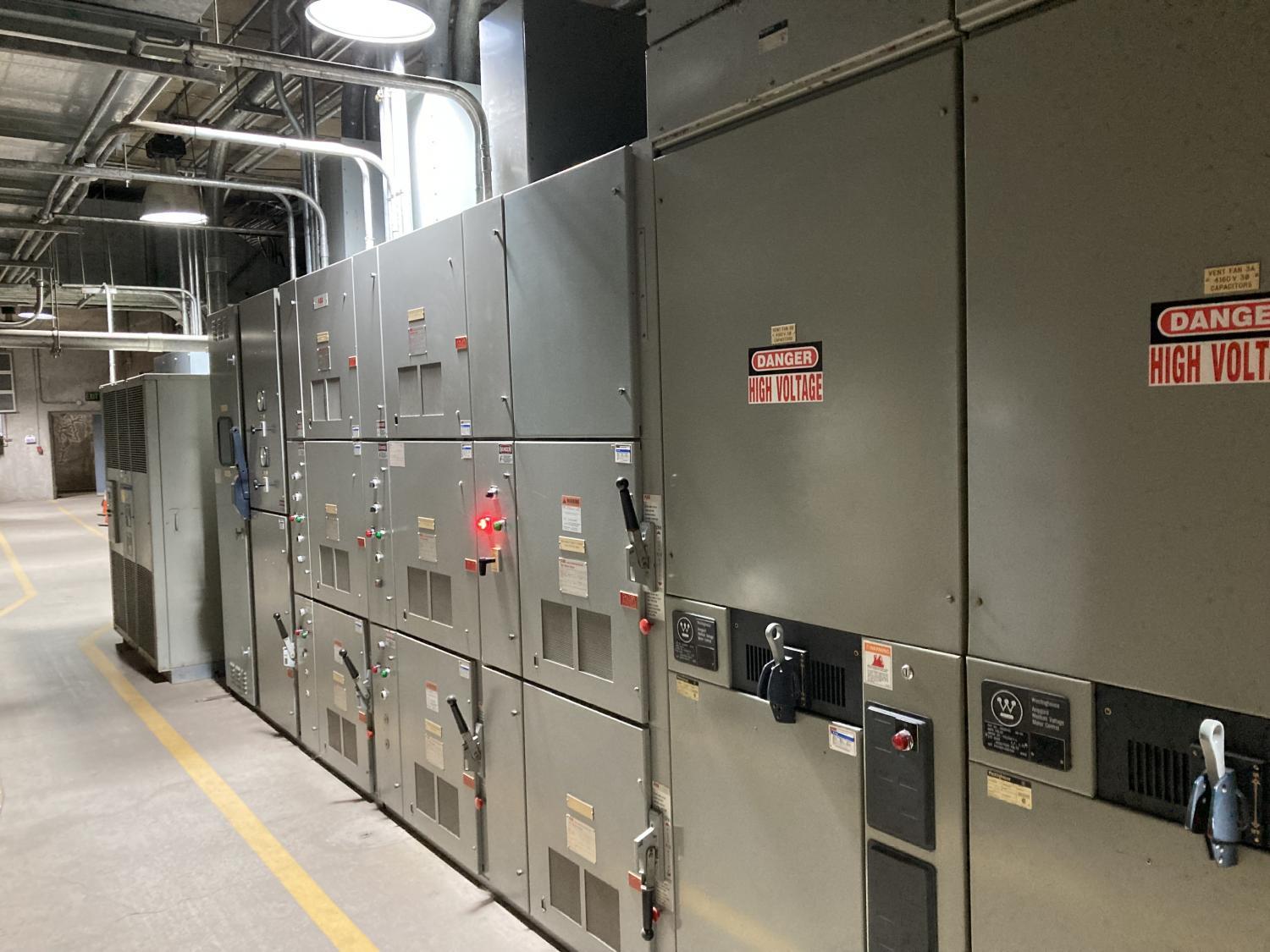